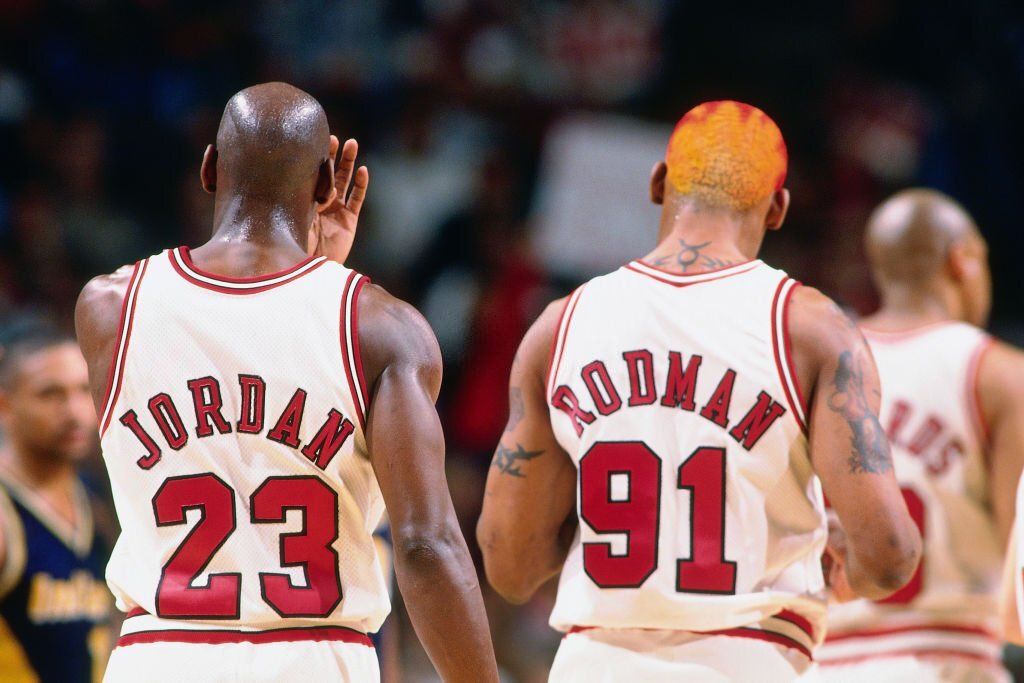 The trio of Michael Jordan, Scottie Pippen, and Dennis Rodman is sometimes regarded as one of the greatest “Big 3s” in NBA history due to their combined selection to 27 All-Defensive teams. When Rodman and Coach Pop had a falling out in San Antonio, Phil Jackson brought him on and allowed him to be himself, something the former captain of the military was unable to accomplish.

From the beginning, Dennis Rodman and the Bulls were a natural fit. Rodman’s bravery on the court and defensive presence on the perimeter, along with the variety of intangibles he brought to the table, worked wonders for the Bulls.

1996 was a record-breaking season for the franchise and the magical trio of Scottie Pippen, Michael Jordan, and Dennis Rodman. With a record of 72-10, they would not only win the season but go on to win 3 championships in a row! The trio continued to be among the best players thanks to outstanding performances.

“If you ever see the videotapes of us playing in games back in the day, we really never b—-ed at each other at all,” Rodman continued. “It was more like we were so mad at each other because we couldn’t perform that night.”

Basketball knowledge is not necessary to understand why Dennis Rodman and Michael Jordan didn’t get along. MJ was relentless in the pursuit of greatness and desperately trying to win titles. Rodman, on the other hand, wore a bridal dress, engaged in pro wrestling, and had anything but a one-track mind. The two of them were more like north pole and south pole. Despite these contrasts, they had a tremendously successful tenure playing for the Chicago Bulls.

Who is Brittney Griner wife Cherelle Griner? inside her dating life & cause of detention in Russia
Shaquille O’Neal explained why he abandoned Kobe Bryant at a crucial stage in his career