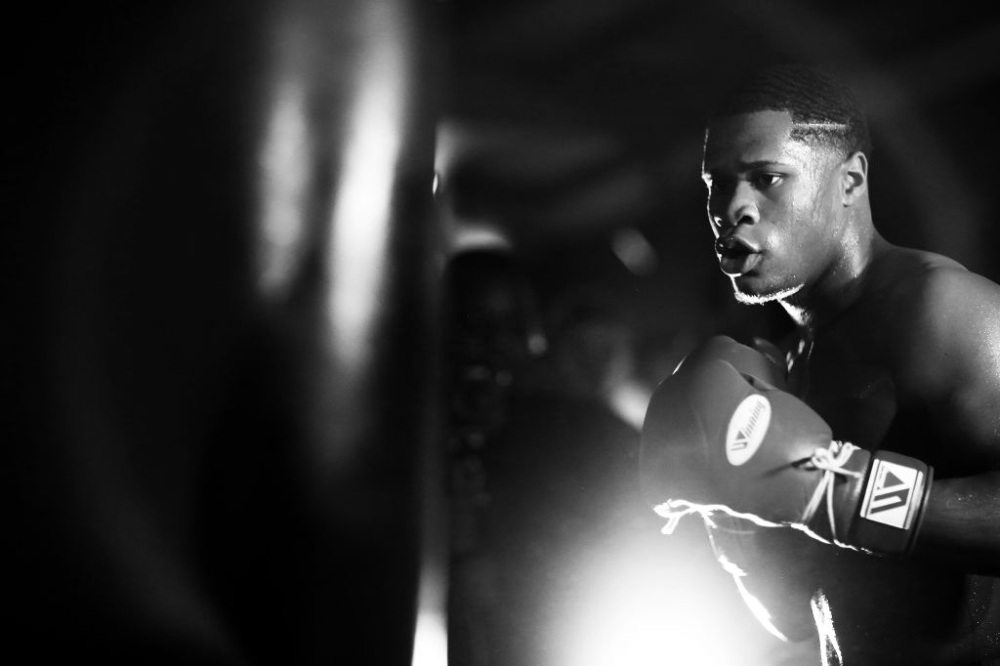 The youngest champion in the last 23 years, Devin Miles Haney, started his boxing career at the age of seven, just seven. Nicknamed “The Dream,” Devin Haney won a total of 7 national titles, and impressively, he turned professional at the age of 16, in 2015. This young boxing prodigy already has many records under his belt, the most amazing of which is the undefeated 24 – 0 streak. He also made history as the youngest boxer ever to fight at the MGM hotel situated in Las Vegas. Destined for greatness, Haney has been training at the Mayweather boxing club from a very young age. And not just training, this youngster has already shown the world how to make a successful career out of social media, how to promote himself on his own.

Devin Haney was born on November 17, 1998, in San Francisco, California. He lived in Oakland, California during his childhood but then moved to Las Vegas with his father. When he was 23, Haney dropped out of school to pursue his boxing career. He admitted later on that, “it was a risk, I know that.” But it seems that his gamble of making the boxing gym his only academic institution has paid off. As he also said that he didn’t think that school was taking him anywhere near where he wanted to go, because, from the very beginning he knew that he wanted to be a professional boxer. Haney’s family moved to Las Vegas for a better life and better opportunities and that to him meant that he could spend his time at better gyms and could learn from the best fighters. At an age when most children play video games or explore the street corners, Haney was formulating the plot to success. Ironically, Bill Haney, Devin Haney’s father, took him to a boxing gym for the first time to teach him a lesson, after Devin got reported in the school yet again for beating up a kid. As Bill recalled later on, “I took him there, and I was hoping that he was going to get his butt kicked for real.” Instead, Haney defeated a karate fighter. And after that, Haney got to work, to turn his fighting from a negative into a positive.

Amongst the first 15 fights of Haney’s career, he fought 10 in Mexico. The reason behind that is he couldn’t get his license in California before his 18th birthday. During his amateur career, Devin Haney won a total of seven national titles. At the age of 14, he became the youngest member of the USA Junior National Boxing Team.  Haney became the youngest boxer to win the Youth World Championship in Reno, at the age of 17. And before turning professional, he had a record of 138 – 8 bouts. Some of his other accomplishments are being the silver medalist in the USA Junior National Championships of 2013, US Junior National Championships Gold medalist in Reno both in 2004 and 2005.

Turning professional at 16, Haney won the WBC Youth, IBF-USBA, IBF North American, WBC International, WBO Inter-Continental, and WBA International lightweight titles at the regional level. Currently, he holds the record of 24 – 0 and is supposed to face Yuriorkis Gamboa on November 7, 2020, as his next opponent. Oh, and among his 24 – 0 win streak, he won 15 of them by KO.

How he used social media to his advantage

As a music industry veteran, Bill Haney, Devin’s father worked with many artists and he knows how the system can use a talented young performer. So they didn’t put their faith into the notorious promotional system. Instead, they took matters into their own hand, and put their faith in the social media promotional system. “He was a promoter from a young age,” bill said about his son. Haney built his own social channels and networks. He was getting to his fans himself, from his Mexico days. In fact, most of his fans he got from uploading his first few fights on YouTube. Today Devin Haney’s Instagram has more than 781k followers and it keeps growing. Even his personal feud with 50 Cent over Blac Chyna helped him a lot because it translated into tons of thousands of hits for his self-made and self-produced YouTube documentary.

“I didn’t have a gold medal; I was built on the social media,” Haney says about his self-promoting strategy. Because he was already promoting himself on social media like YouTube, Instagram, and Twitter, he never needed a promoter, or any corporation to push him.

But in 2009, Haney signed with Eddie Hearn and Matchroom Boxing for his promotions, before that all of his promotions were handled by Devin Haney Promotions, his own company, something rarely seen for a fighter of his age.

After ending his relationship with Blac Chyna, that created much mockery and controversies because of their age difference, Haney is dating Big GiGi. He has a current net worth of a whopping 5 million dollars. Already ranked as the third-best active lightweight boxer by The Ring Magazine, to Haney it seems, the sky is the only limit. Pound for pound, the best fighter in the world, that’s what Haney is going for, as he says, “five years later, I want people to know me as the face of boxing.”