Diogo Jota fires up ahead of Merseyside Derby: Two goals and an assist against Sweden 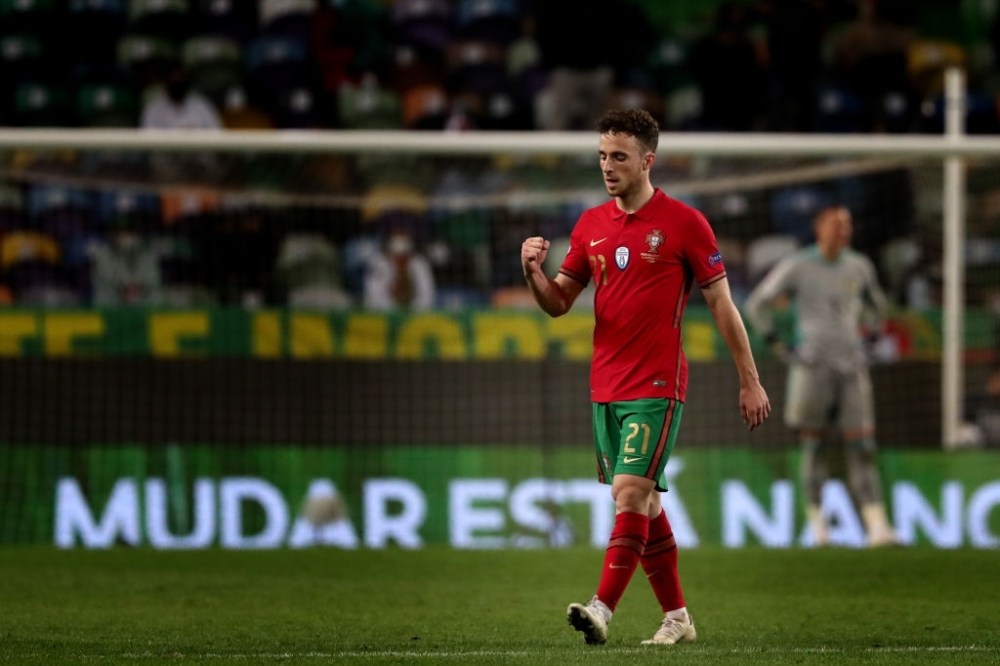 Following his £43m move from Wolverhampton Wanderers to Liverpool, Diogo Jota wowed everyone in his first game where he scored a nice volley against Arsenal at Anfield. Despite the Reds suffering a terrible 7-2 defeat against Aston Villa, Jota stood out as one of the better performing players that day.

The Reds would love nothing more than another league game to recover from this trauma before their Merseyside Derby game, but their players had to jet around the world for international matches.

However, Diogo Jota, the Red’s new summer signing, certainly got his silver lining as he scored twice as well as secured an assist for his nation Portugal, against Sweden in their UEFA Nations League Match.

The final result was a comfortable 3-0 victory, showing they didn’t miss Cristiano Ronaldo much, who by the way is off to Italy after being tested positive for COVID -19.

Jota’s assist came at the 21th minute, with his fine pass; he helped Manchester City’s Bernardo Silva to score. It didn’t take him long to get himself on the score- sheet as he scored his first goal of the game just before half- time, and he scored his second when it was 20 minutes remaining.

As Jurgen Klopp himself revealed following Diogo Jota’s summer transfer to Liverpool, he was tracking the Portuguese- born Jota for years. Jurgen said to BBC, “I am really pleased for Diogo Jota. Top, top guy.”

With his consistency in performance, the former Wolves man has certainly become the reason of headache for Jurgen Klopp ahead of the Merseyside Derby on Saturday. Because their newly signed Thiago Alcantara came back to training after being tested negative for Coronavirus as well as Joel Maip returned from his knee injury, so did Sadio Mane. All of them were absent on their game against Villa.

So, should Jota get the nod from the manager? Well, if Klopp watched Jota’s game against Sweden, he should.