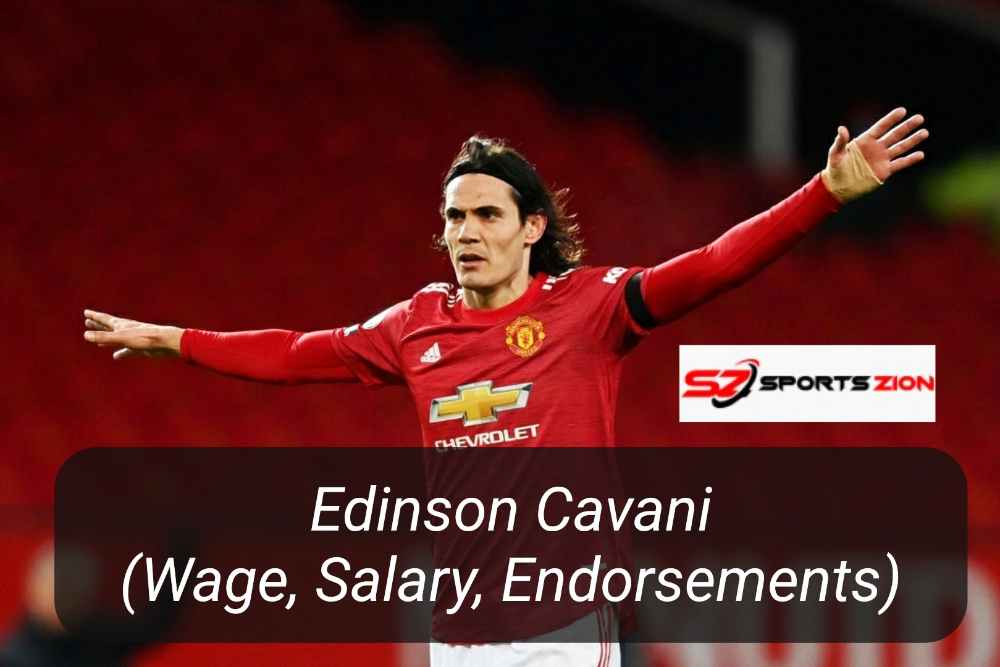 Known for his clinical finish, Edinson Cavani is considered as one of the best striker of his generation. Having played in famous clubs across Europe, this Uruguayan goal machine is our man today.

Born in a family of footballers in Uruguay, his bothers Walter Guglielmone and Christian Cavani are also professional footballers as well.

Interestingly, Cavani has an Italian passport despite being an Uruguayan as he played in Italy and his grandparents were from Maranelllo, Italy. In today’s article we’ll discuss all about Edinson Cavani’s Earnings, Contract and Net Worth. 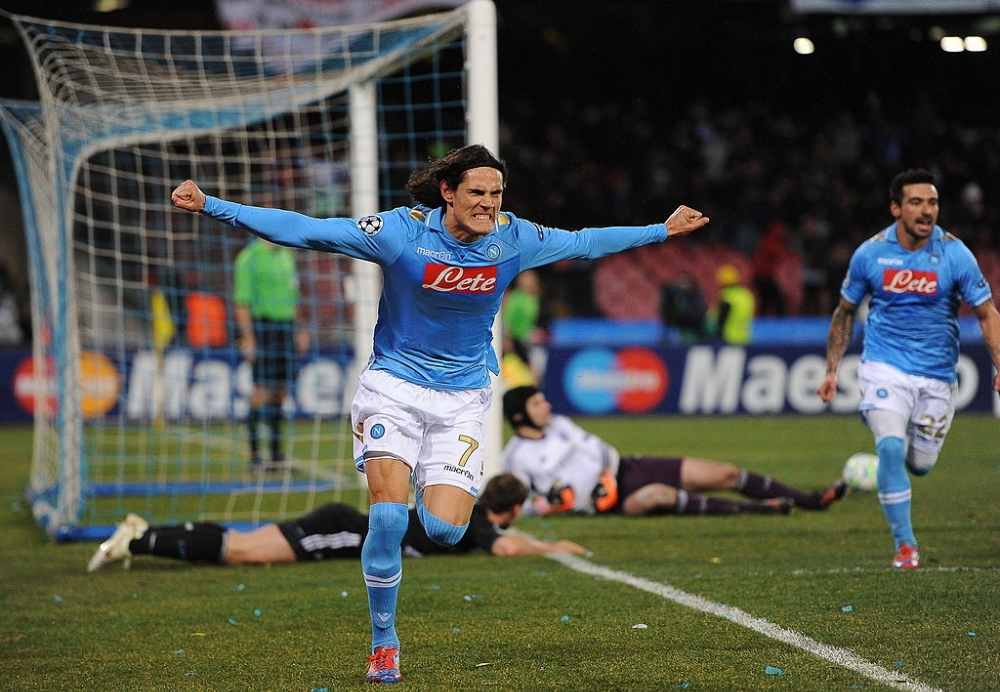 Cavani started his professional career with local Uruguayan club Danubio in the capital Montevideo. After spending two years there he moved to Italy and joined the Serie A side Palermo. In 2010, after spending four years with Palermo, Edinson moved to Napoli on a $19.2 Million fee. This is the club where Cavani excelled and got the global attention.

After spending four more years with the Italian club, the Uruguayan made his record breaking move to France. The striker moved to Paris St. Germain on a $72.5 million fee. This was the highest paid fee for a player in Ligue 1 back then. Factually Cavani is also PSG’s all time top goal scorer. Lately in 2020, the 34-year-old made his much impressive move to English giants Manchester United for an undisclosed fee and this is his home now. 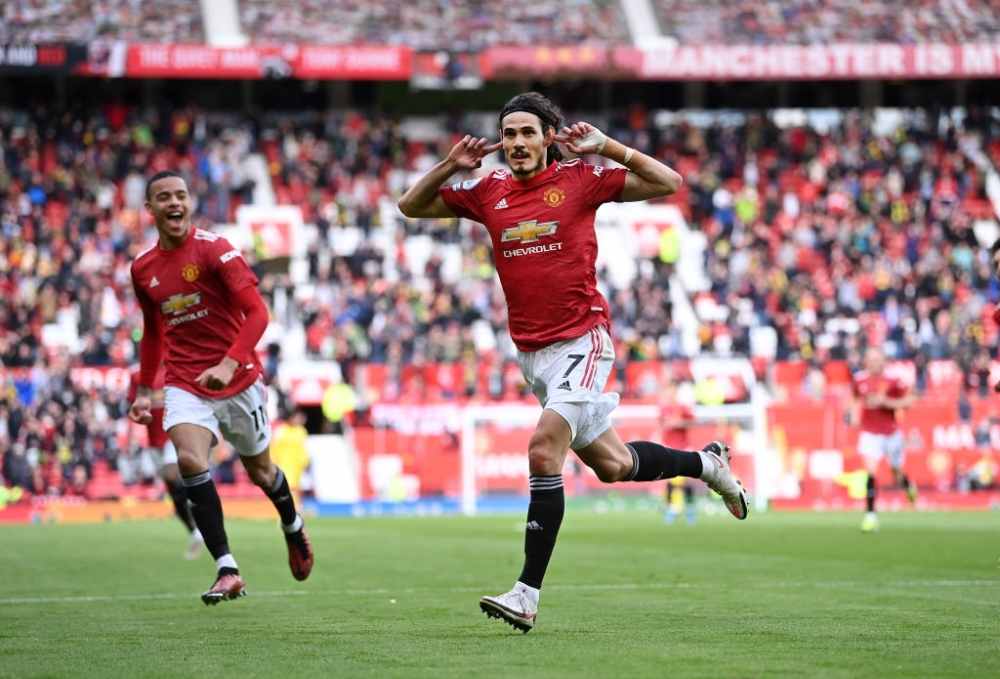 Edinson Cavani of Manchester United celebrates after scoring their side’s first goal as Mason Greenwood looks on during the Premier League match between Manchester United and Fulham at Old Trafford on May 18, 2021 in Manchester, England. (Photo by Laurence Griffiths/Getty Images)

Given below a chart that breaks down Edinson Cavani’s income. (Amounts are covered in USD, GBP and EUR)

Edinson is a pretty popular player globally and he has a decent fan following all over the world. This popularity fetched him his impressive sponsorship deal with famous American sports brand Nike. Up until 2018 Cavani was earning around $10 million from his endorsements annually.

Edinson Cavani Net Worth in 2021

The former PSG player has a decent $40 million net worth as of 2021. Since he’s on the verge of being 35 next year, there is little chance that his net worth will increase in future. 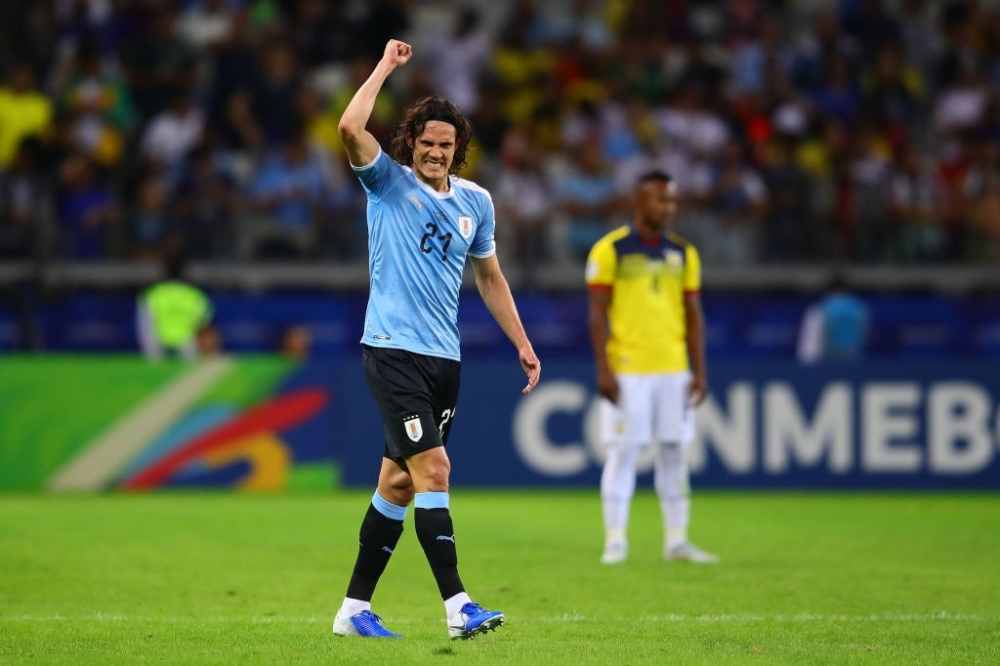