Ezekiel Elliott and his teammates are cautious enough against Covid-19 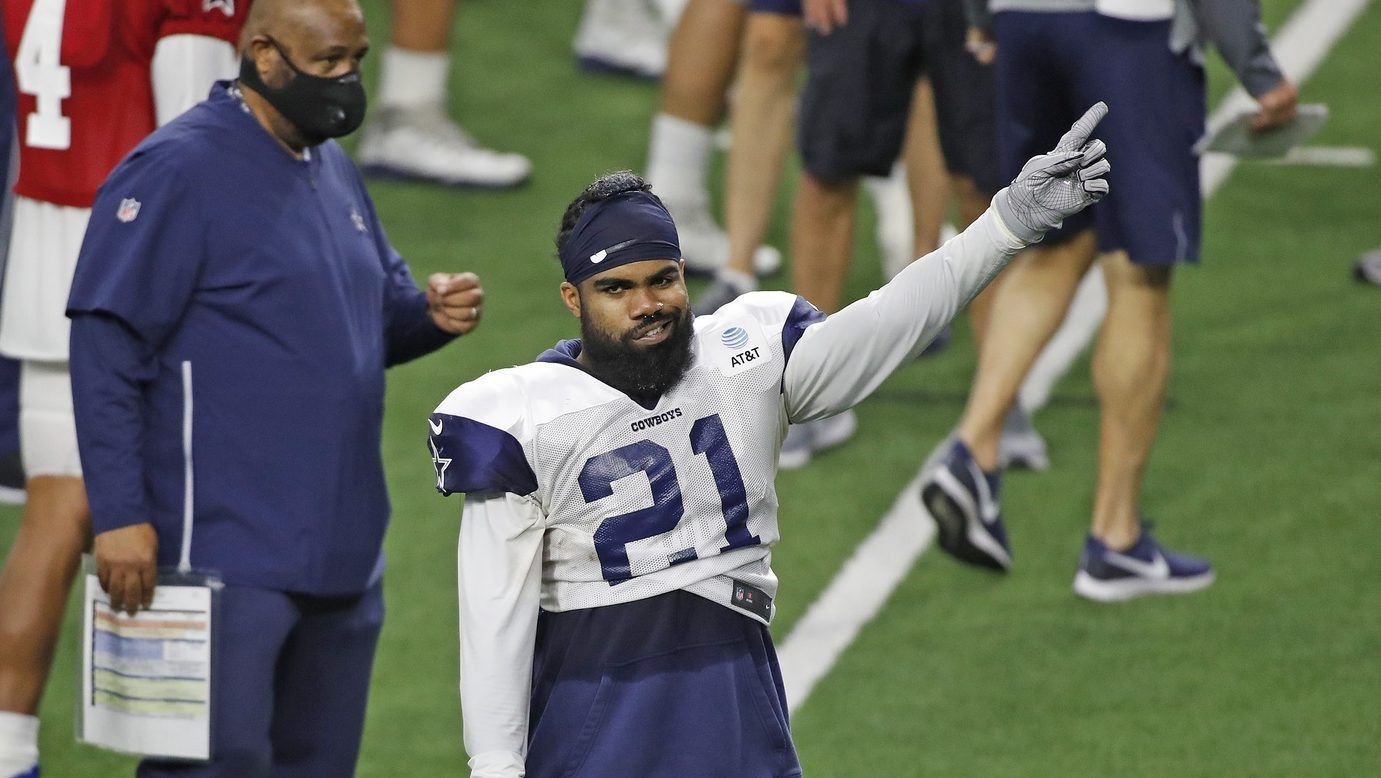 The whole world has been a witness to the Covid-19 situation since the beginning of March. Our life has come to a standstill including education, job, and even sports. The virus is still raging in the USA but people have started to get back to lives taking precautions. The NFL league has returned to the field after trying back and forth safety measures. According to Ezekiel Elliott, they have to be more cautious.

From August 21 to August 29 there were 58,621 tests administered to 8,739 players and team personnel with just four new confirmed positive results among players and six with team personnel. It’s surely great news for the league to bounce back again.

During training camps, the players had to strictly follow some health protocols issued by the authority like being in safe buildings and traveling mostly to and from the facility. Now that teams are getting in game-mode, schedules begin to lax, providing more downtime for players, and travel for away games will start.

But still, the risk is hovering over the league according to the already-victims. Dallas Cowboys running back Ezekiel Elliott, who was diagnosed with COVID-19 over the summer, took almost a month to fully recover.

Elliott reported via the Dallas Morning News, “We all are here to play football. We’re not going to do anything dumb to jeopardize that. It’s not about you. It’s about the guy next to you. You don’t want to get that guy sick. You don’t want to have him going home to his family and get it. It’s more of an accountability thing, just keeping each other accountable. It’s not about you. It’s about the guys around you in this locker room and their families.”

Cowboys’ training camp practices already ended Monday but the team will continue practices for this week until Saturday when the 80-man roster is reduced to 53. After that players may choose to remain at the Omni Frisco Hotel, two blocks from The Star, or travel back and forth from their homes.

A few days ago, there was a buzz of false-positive reports by some labs which were handled by the authority quite well. Now when everyone is looking forward to the game, the authority is more careful about the safety issues.

Elliott also added, “I think being safe while we’re here in the facility and social distancing as much as we can. As we depart from camp, that everyone stays as disciplined. And everyone continues to protect everyone on this team and their families.”

Elliott surely giving some precise advice to the league as a Covid-19 survivor. Hope he remains safe and sound with his team for the ensuing season!