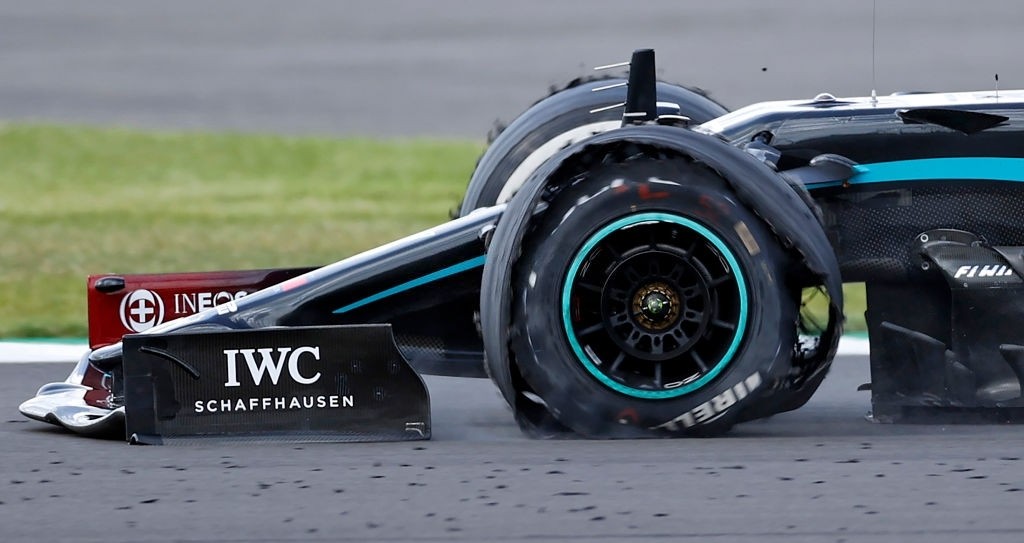 Pirelli terminated the trial experimenting plan for Formula One tyres that was supposed to be done in FP2 on Friday at Silverstone. They reached this concluding point after the tyre drama that happened at the British Grand Prix.
The consecutive tyre blistering dramas that occurred at just a single race suffered by Mercedes and McLaren at the British Grand Prix has led to this decision, where the teams that will race at Silverstone circuit for 70th Anniversary be allotted with extra track time with the tyres, they will use which will have a higher minimum pressure this time.

The Italian company has been allowed to administer the future tyre development during the first 30 minutes of FP2 sessions, where all teams would participate. Though Barcelona is the egregious preference the Silverstone has been the epitome for the commencing point for the second run at the progression since the teams will be running at a constant in there. Mario Isola the Pirelli F1 chief stated, ”For this weekend we have decided to cancel the test that was planned for Friday, in order to give the possibility to the teams to use all of FP2 for their testing, their long runs, and so on. At the moment the test in Barcelona is confirmed.”

The past weekend has proved to be very testing in nature that led Pirelli to jog up with their emphasis on the increased downforce levels that over time has been creating additional tension in the tyres that have been used in 2019 and is said to be used also for the seasons of 2020 and 2021, then will they consider the use for 18 inches in the following year. According to the current scenario, the immediate alternative will be to heighten the minimum pressure level for the upcoming event ( front heightened by 2psi and the rears by 1 psi). The FIA has regulations made to improve the floor regulations as predicted by 2021 while Pirelli would also get time and opportunity through this extra race weekend testing, to analyze and investigate their apparent flaws.

With an assertion to work hard on ‘new ideas’ and rebuilding of forms which in proportion will keep a check on the increase of pressure as the result of increased pressure would always result in an unwanted and undesirable state, that no drivers are in for. In understanding support to prevent the dramas, even Silverstone will be installing new kerb to keep the damages and blisters of tyres of the cars in check. It would also prevent the fatalities from happening further.

Isola disclosed that the influence and effect of the Silverstone dramas will remain in the near future races that will be held in context to the pressure prescriptions. He further expressed that a lot needs to be considered for the circuits with high severity issues, where the races in future can be held: like the Mugello, Spa and Portimao.