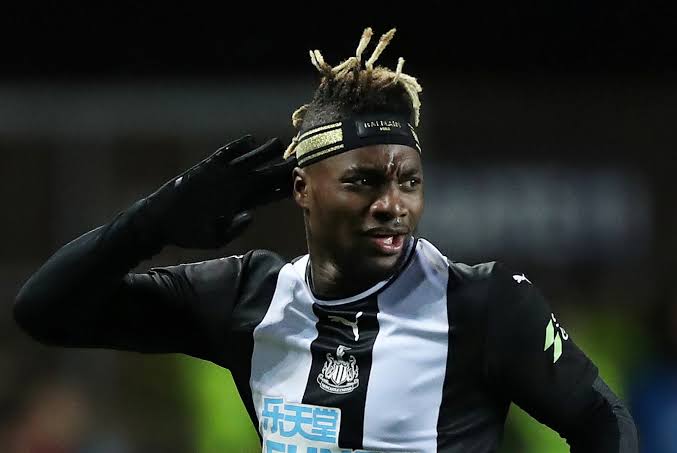 Allan Saint-Maximin, one of the most talked-about young french wingers and a current player at  NUFC has committed his future with the Newcastle football club after signing a contract extension on Wednesday.

This comes as a big boost for the Magpies before their much-awaited clash with Manchester United on Saturday at St. James Park. The French winger is highly appreciated by Magpies boss Steve bruce for his unending commitment and dedication to the team and the fans here at the Tyneside.

Making his debut in 2013 for French club Saint Etienne, Maximum impressed everyone with his raw pace and technique on the pitch. Well, that was the reason why he caught the attention of some good clubs like Monaco, Hannover 96, and Nice in the coming months.

Maximin is having a great time at the St.james park and besides his fruitful role in the team’s success within the past year, he is quite active off the pitch with his charity work.

Besides being an ultimate dribbler with some unmatchable pace, this Frenchmen have further come up as a ‘man with a big heart’. He has currently associated with NUFC Fans foodbank and this is how he has cemented his place in every magpie fan around.

Maximin has been quite phenomenal with his performance at the Tyneside in the current season. Speaking of the 3 matches he played so far, he has ensured 1 goal and 3 assists for his team so far. So it can be ascertained that this Young French talisman holds a big key to his team’s clash with United during the weekend.

If we look into his recent run of performances, he went on to score the winning goal against Southampton when his team was struggling to find a place in the opposition’s net. Just a few months later, he ensured three crucial assists in his team’s 4-1 victory over Bournemouth.

As of now, he has signed a six-year contract extension that will see him spending some good time at St James Park in the coming years. According to manager Steve bruce, Maximin has the world at his feet and he can carry on as long he wants at NUFC.

Cristiano Ronaldo Covid update: What requires for Ronaldo to feature in the Barca encounter?
Diogo Jota fires up ahead of Merseyside Derby: Two goals and an assist against Sweden