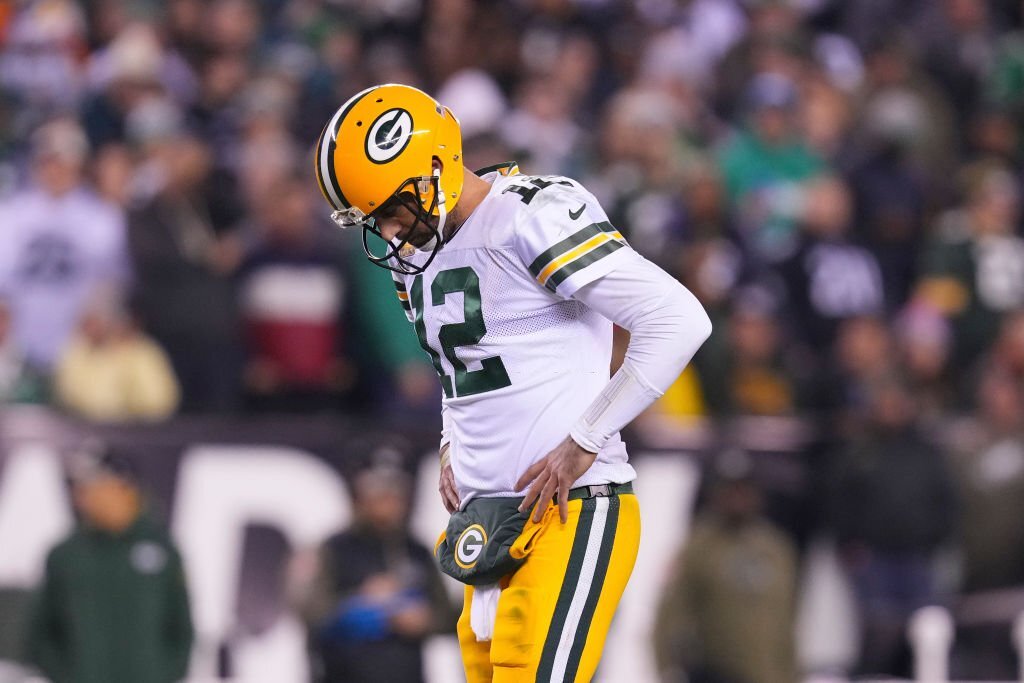 The Green Bay Packers started their opening season in a very decent way. Players were in a good flow together but Aaron Rodger’s injury made them worried.

Quarterback Aaron Rodgers exited Sunday’s defeat in Philadelphia with a rib injury. Still, Packers head coach Matt LaFleur indicated he was doing better on Monday even though LaFleur had not yet seen test results.

“I know he’s feeling better today,” LaFleur stated on Monday. “I think we’ll know more in the next couple of days.”

The results of the X-rays performed in Philadelphia could not confirm whether or not Rodgers had fractured ribs. The avulsion fracture in his right thumb, which he has been playing through, was discovered last week.

I will say I respect Aaron Rodgers commitment to the bit that he's willing to have his ribs pop out on the field before he gives Jordan Love a snap.

For this week’s game against the Chicago Bears, it’s still unknown whether Rodgers will be able to play for the Green Bay Packers. LaFleur stated that Rodgers expressed regret to him on Sunday night for abandoning the game in the third quarter. His injury occurred early in the game.

“I might not be able to go (in practice) Wednesday, but as long as there’s no major structural damage, I’ll try to get back out there,” Rodgers stated on Sunday.

Packer coach Matt LaFleur has said categorically that Aaron Rodgers had not been mentioned in any discussions about “shutting down” the team’s (4-8) offense.

Rodgers said, “as long as we’re mathematically alive, I’d like to be out there.”

“This is one of the toughest dudes I’ve ever been around. I don’t for one second question his toughness, his desire to be out there, desire to compete,” LaFleur stated. “As a matter of fact he apologized to me, and I’m like ‘Don’t ever apologize to me.’ This guy is the ultimate competitor.”

Substitute Jordan Love is ready to take over as the starting point guard at Chicago. After Rodgers was taken out of the game on Sunday night, he connected with Christian Watson on a 63-yard touchdown throw.

“There’s obviously a lot of other conversations that come into play once you’re eliminated. I’ll be open to those conversations,” Rodgers stated further.