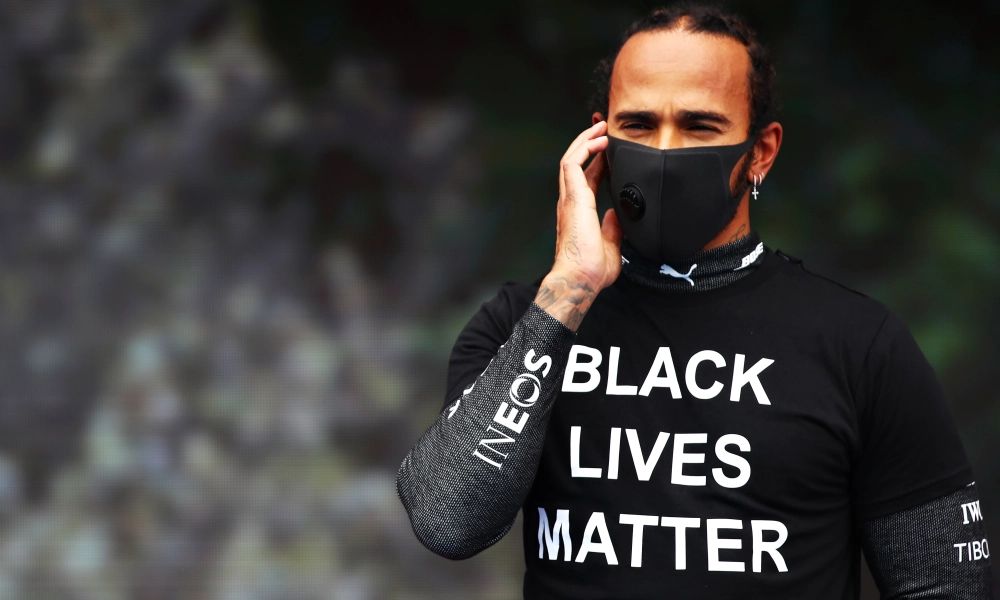 After bagging the title for Hungarian Grand Prix on Sunday, Lewis Hamilton shows his great discontentment when he says that Formula One is not taking enough measures to ensure the initiative is headed properly, denouncing FIA’s ‘lack of leadership’ on the subject.

F1 has been fixing the calendar program since, to get ahead with the initiative, which would in turn allow the entire body of F1 and FIA to conduct the movement in the way they wish to.

“Racing against Racism” has been the lead focus of Lewis Hamilton since the new season launched its new initiative #WeRaceAsOne, which was taken with respect to the severity of the situation the global communities are facing in this era.

Captioned “end racism” was on each driver’s t-shirt except for Hamilton’s which titled “Black Lives Matter”. Few drivers along with him took the knee during the anthem was played. Some drivers were against the lead and did not comply with the move. The races that followed then barely could cover the protest movement and was not broadcast by the media in an effective way.

Later in the interviews, Hamilton stated that “ There is definitely not enough support for it,” “It is like it has gone off the agenda, it is lacking leadership.” “ From a drivers’ point of view, many seem to be of the opinion they’ve done it once and they’re not going to do it again.”

Formula One emphasizes on taking ahead of the initiative with deliberation and determination after Hamilton declared that he would contact the president of FIA ‘Jean Todt’. He further remarked, “It shouldn’t be down to me to call the teams out for not being accountable on the issue. That should come from the top-down and the higher powers, who pull the strings.”

“We set out our plans for diversity and inclusion last November and have in recent weeks announced additional plans to create a Taskforce to tackle these issues and a foundation with over $1m already donated to create apprenticeships and job opportunities for underrepresented groups. We want to make lasting change and are acting to do this.”, FIA said in answer to Hamilton’s requests and appeals in regard to the matter.

Also, read Lewis Hamilton forced to change his stand in regard to vaccine conspiracy