The sensational quarterback of the Green Bay Packers, Aaron Rodgers, has struggled throughout this season. The 38-year-old has consistently performed well for the past fifteen seasons, but as it turns out, this might be his worst season ever.

That’s not all; despite performing poorly, he was seen bragging about a sports drink called “Ayahuasca.” Little did he know that this drinkable sports brew would serve as gasoline for his already burning career.

Before the season started, Rodgers was well-known for praising the South American drink and touting its therapeutic benefits. He claimed to have had a great time and felt energetic. However, if this drink was so healthy, why did it fail to give Rodgers a performance boost? 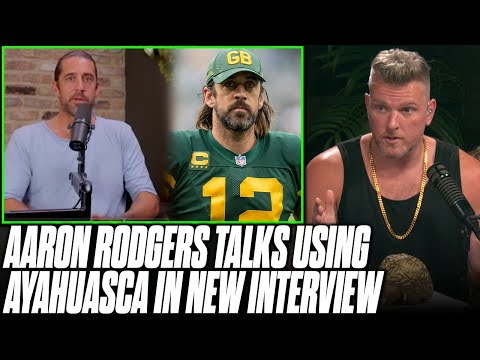 It is reported by the Daily Mail, “A recent survey was conducted taking 10,000 people from more than 50 countries into account and collecting their experience consuming the drink. Apparently, the result contradicted all the speculations and revealed that more than half of them suffered mental health effects from consuming the ancient drug.”

“Many are turning to ayahuasca due to disenchantment with conventional Western mental health treatments, however, the disruptive power of this traditional medicine should not be underestimated, commonly resulting in mental health or emotional challenges during assimilation.” Reported by the professor who researched about the topic.

The NFL universe did not take the matter lightly at all, so they took to social media and shared their thoughts regarding the issue. One naysayer of Rodgers aggressively tweeted that “His downfall is amazing to watch.”

Imagine blaming his lack of weapons because of his psychedelic usage

Incredible times we live in

No it doesn’t 😂 can cause some mental strain in users who have a negative experience, but Rogers spoke highly of his and then won MVP the next season haha

His downfall is amazing to watch 🙏