“I Forgot about Him” Michael Chandler Claps back at Dustin Poirier, Reveals its “A Personal Issue” with him 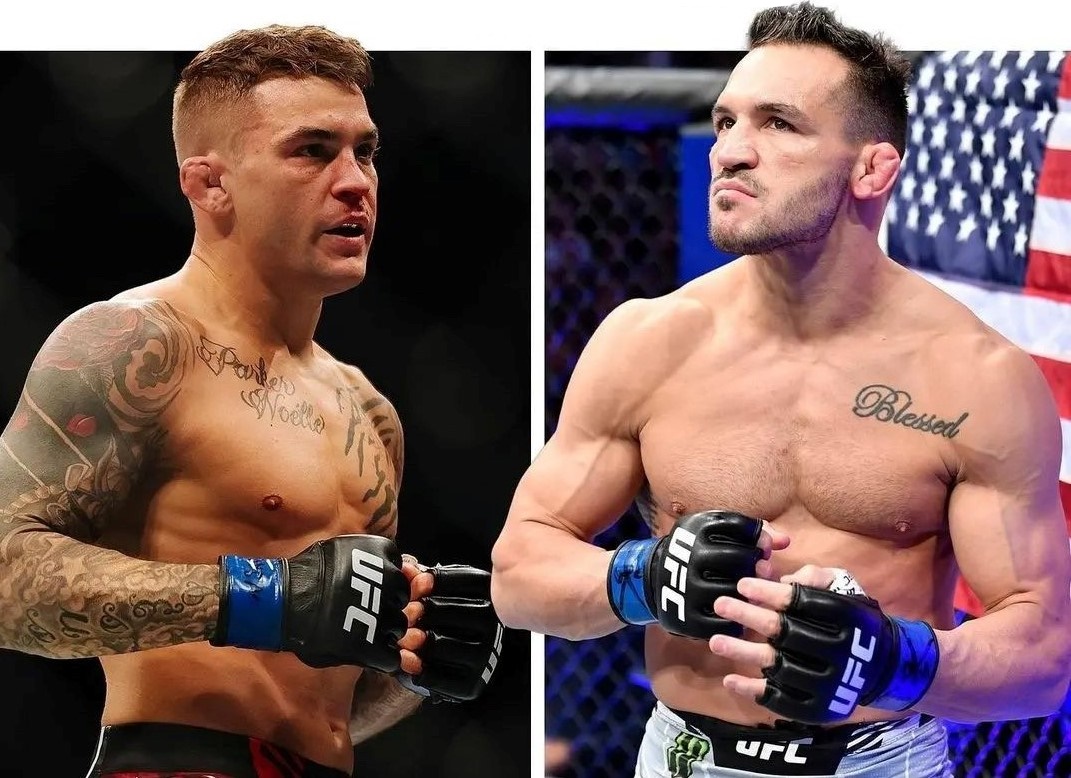 UFC lightweight contender Michael Chandler explains why he has ‘no interest’ in fighting Dustin Poirier saying ‘I forgot about him’. Taking on the MMA Hour with Ariel Helwani he noted that he was disregarded when he came into the UFC, because of the former interim champion declined fights with him.

The 36 year old superstar faced Tony Ferguson in the Octagon last Saturday. After a grueling first round, Chandler won by viciously knocking out El Cucuy in the second round. The win put him back in contention for the title after a losing streak of 2 in a row.

Chandler called out a bunch of fighters following the win, most notably Charles Oliveira, Justin Gaethje and Conor McGregor. One big name Chandler didn’t mention was Dustin Poirier. ‘The Diamond’ noticed it as such, Dustin Poirier posted it on Twitter to mock Chandler for not mentioning his name.

A lot of names being said by Iron Michelangelo but I'm not hearing mine. Respectfully

Following the Tweet of “The Diamond” Chandler explained on Wednesday’s episode of The MMA Hour why he didn’t mention the name of Dustin Poirier. He said:

“Is Dustin a draw? I guess he is the No. 2 guy. But he’s kind of just stayed at No. 2 and I don’t know how active he’s gonna be,” Chandler said. “But I did see that he tweeted that I was saying everybody else’s name but his, as if I didn’t want to fight him because of technical reasons but it was more that I forgot about him, to be honest with you.” 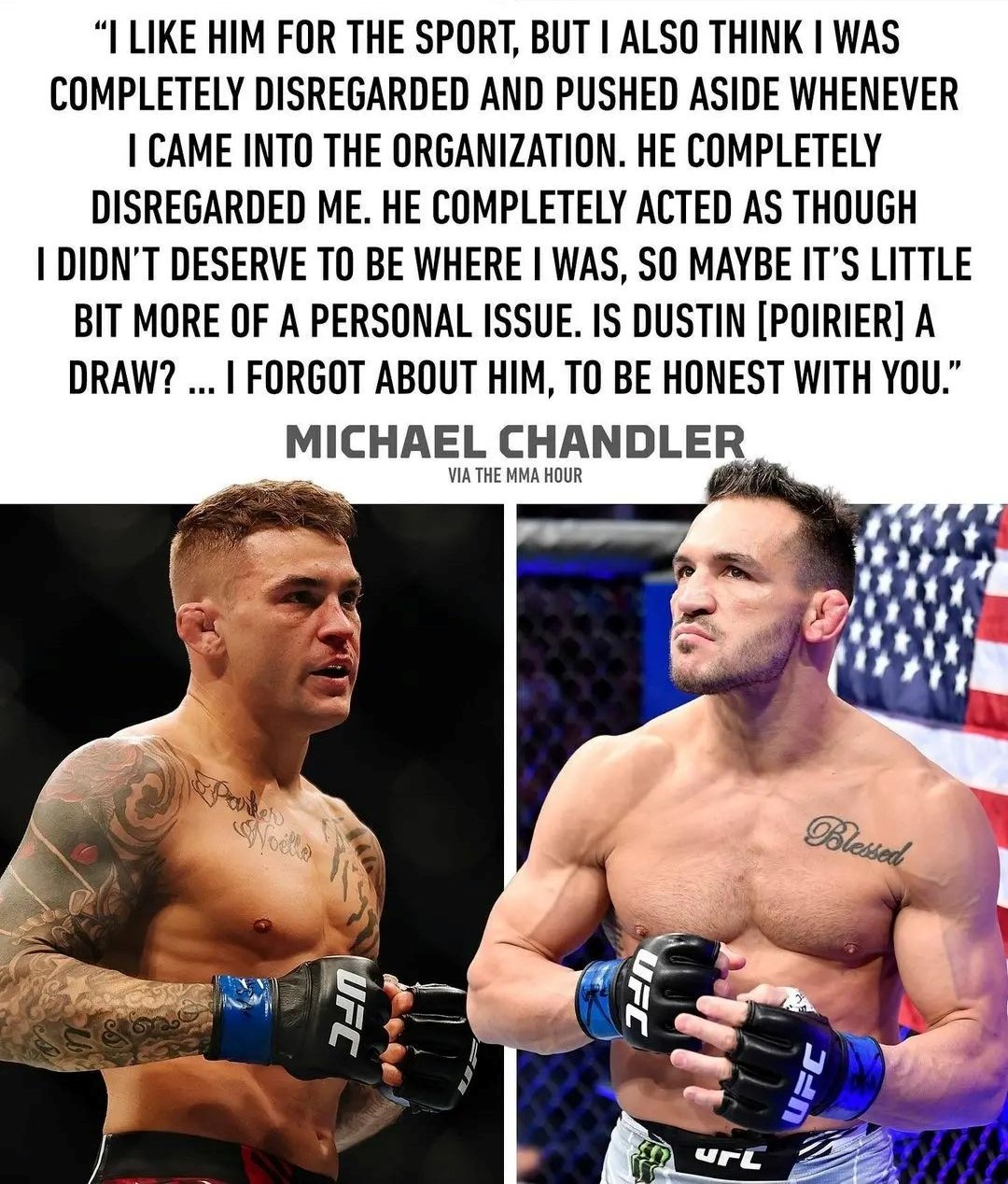 Chandler was also asked if he would choose between Diaz and Poirier to fight next whom would he choose? He replied negating the name of Dustin Poirier and chosen the former. “It would be Diaz. I have no interest in fighting Dustin, honestly,” Chandler mentions.

Since the former Bellator lightweight champion entering the UFC in 2020, Chandler is just 2-2, but all four of his fights have been exciting performances. The fighting legend also kept his attitude and showed a notable personality since then.