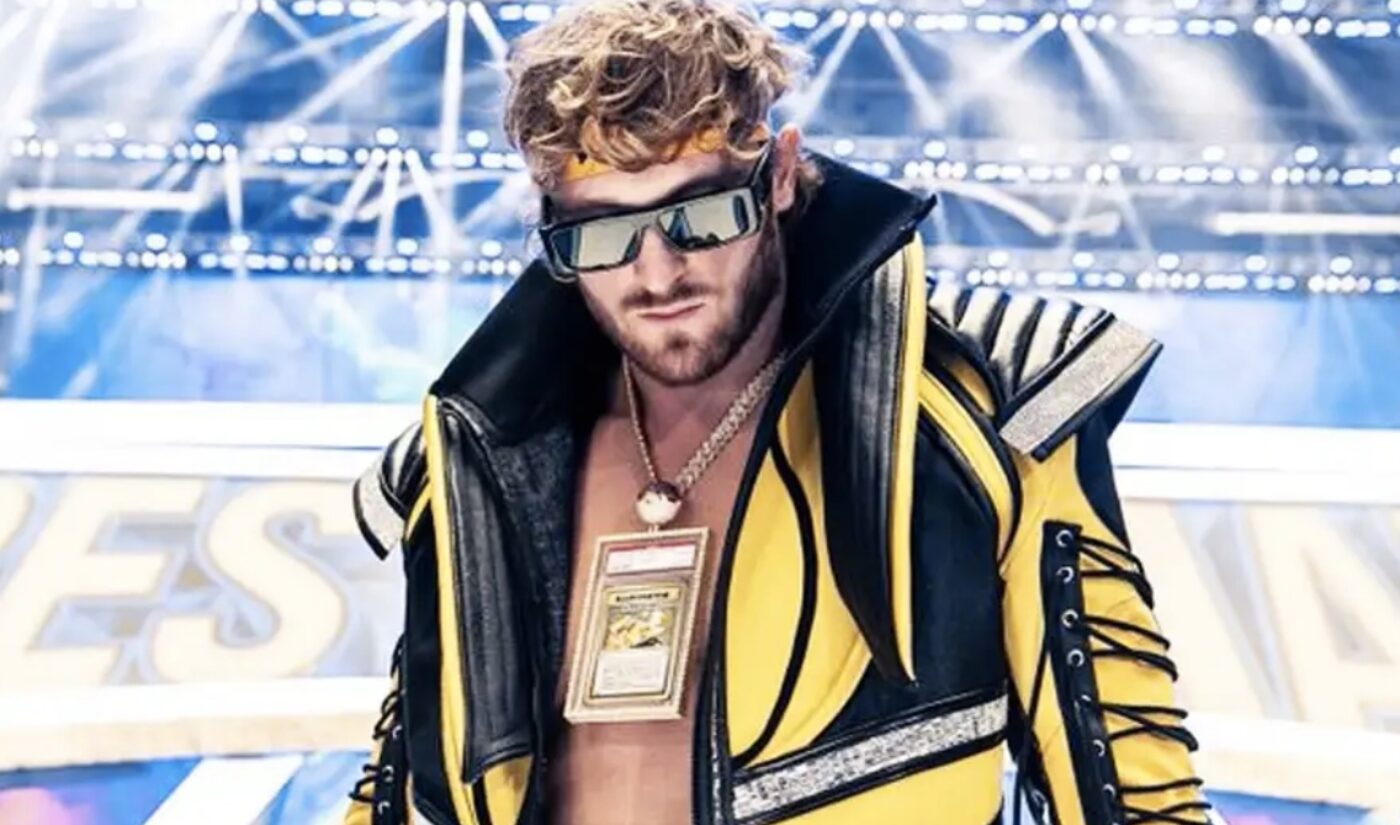 Logan Paul just got his first WWE figure of himself on yesterday. The figure is designed as his wild outfit from his WrestleMania 38 match and even comes with his collector’s lanyard. The package is also filled with extra heads, swappable hands, and authentic entrance gear like his signature black sunglasses. Currently, the Logan Paul Ultimate Edition figure is available for preorder at MattelCreations.com.

The Maverick has only played three matches in his wrestling career and his in-ring abilities are impressive. The outcome was certainly not what he had hoped for at first, but it wasn’t terrible either. With his fight against the Tribal Chief, Roman Reigns, he demonstrated and established his skills at the Crown Jewel.

People have been talking about Paul’s performance since the match finished against the undisputed champion. Following that, the social media presence has reminded his haters why he belongs in the ring.

The outlet revealed the figure will cost only $45 and is available for pre-order between now and December 9. Those who want to purchase it can expect the figure to arrive somewhere around October 1–10, 2023.

It is absolutely commendable to see a WWE superstar achieve this feat with only three matches! The WWE universe doubted Paul’s abilities at first, but now they are acknowledging his true potential.

On the other hand, the YouTube sensation is seeking his next fight in the wrestling arena, and he has stated that he will face the GOAT, John Cena. In his recent Instagram posts, the Peacemaker star has also hinted at a possible future fight with the Maverick.

Previously, the YouTuber-turned-wrestler claimed that he pitched a proposal to WWE’s content head, Triple H, who later liked the idea of a bout between a young prospect and an all-time WWE star. Although an official announcement has yet to be made for the possible matchup for WrestleMania 39.

Dominik Mysterio’s savagely attacks Rey Mysterio during Thanksgiving, video goes viral
‘I think this could be a banger’ WWE fans rejoice, following rumours of match between Brock Lesnar and Gunther at WrestleMania 39