Kevin Durant receives a million dollars from the Nets 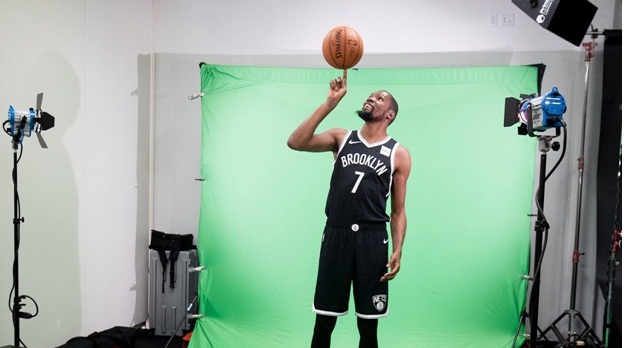 Brooklyn Nets star forward Kevin Durant (KD) has reportedly received a million dollars as an incentive as the Nets have reached the NBA playoffs this year .The ‘Slim Reaper’ who is yet to play a game in the Nets jersey was also paid a base salary of around 38 million dollars for the 2019-2020 season.

As unreal as it sounds, the probability of landing a 4x scoring champion on their team made the Nets agree to give KD a max contract last summer as he departed from the Golden State Warriors.

Durant left the Golden State Warriors last year due to some internal team issues. The two times NBA champion suffered an injury (ruptured his Achilles) on Jun 13 while playing against the Raptors in game 5 of the NBA finals. The next summer he signed a 142 million dollars 4 years contract with the Nets. After evaluating every option, the Nets and KD decided that he should not play in the 2019-2020 season.

The Nets also offered point guard Kyrie Irving a max contract who is also currently injured with a vision of building a team which would probably win the NBA championship next year.
https://twitter.com/i/events/1138898185923907584

Kevin Durant currently stands on the 5th place in NBA players salary rankings for the season. He also has a 10 year 300 million dollars deal with Nike and a few other major endorsements. The total worth of Kevin Durant is around 65.4 million dollars as estimated by Forbes.

This move by the Brooklyn Nets can be viewed as a huge risk because most players who suffer an Achilles injury never return to their full potential. But the 2 times finals MVP can ball better than most of the other players in the NBA even at 70% potential and 48 million dollars is a very small amount to pay to have such a generational talent playing for your team or at least present in the locker room. A healthy Kevin Durant and Kyrie Irving would arguably make the Brooklyn Nets the team to watch out for in the 2020-2021 season.

Draymond Green calls Devin Booker to leave the Suns on ‘Inside the NBA’
Another Star of Clippers on the injury list, Kawhi not playing on Saturday against the Portlands