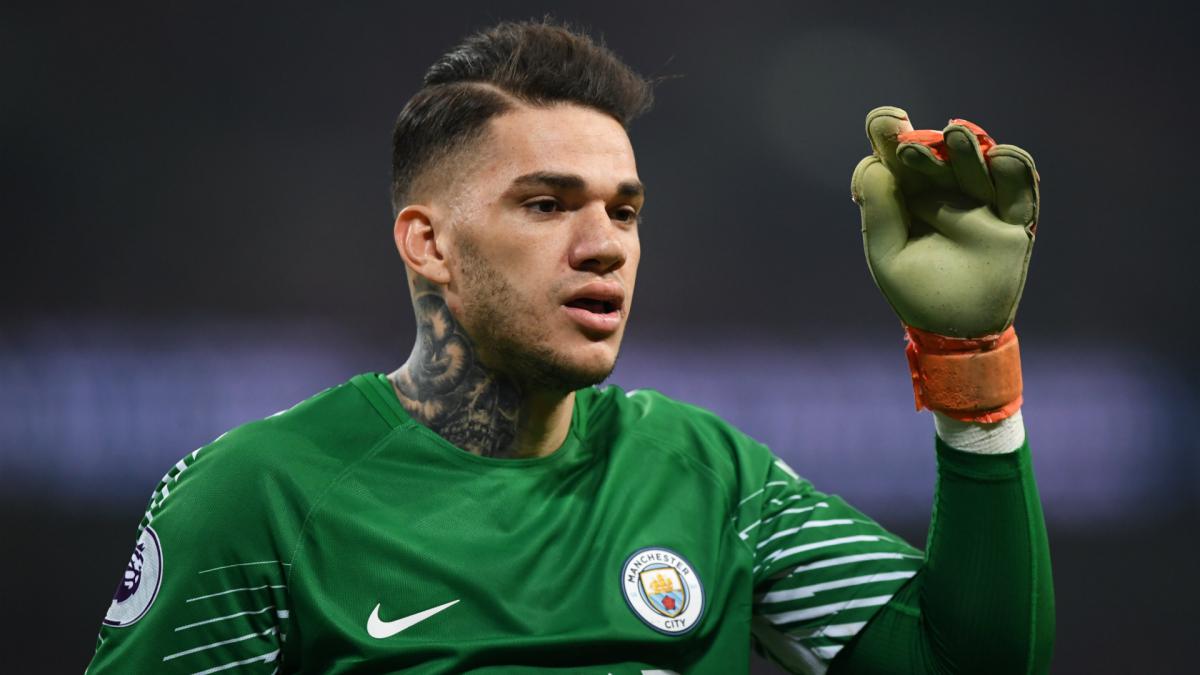 Last time, when these two teams faced in a UCL knockout tie, Citizens fell short after suffering a 0-1 aggregate loss against the same club managed by Zinedine Zidane in 2015-16.

But this time, Guardiola was in charge of Man City instead of Manuel Pellegrini and he didn’t make any mistakes to eliminate their opponents. Obviously, two horrendous mistakes from their reliable center back Raphael Varane helped them get over the tie.

But did anyone notice something extraordinary from Man City goalkeeper Ederson last night? I bet none did.

The Brazilian goalkeeper had a quiet night as compared to Real Madrid’s Belgian goalkeeper Courtois. But still, Ederson made three vital saves which were very significant in the context of the match.

Comparing with his season-long consistent performance, his yesterday’s output wasn’t much to note down. Still, the Brazilian created something historical, as per the match footage.

The discussion raised because the goal-keeper is the proud honor of the Guinness world record for the longest drop-kick ever made which is 75.35 metres.

It’s been a record-breaking season for Manchester City.

And now, Ederson has his very own Guinness World Records Title ? pic.twitter.com/7U8U77el4z

The following footage shows Ederson might have broken his previous own record by making a long drop-kick against Real Madrid last night.

As the footage suggests, Ederson attempted a kick above his penalty area’s boundary which is 18 yards. Later, the ball landed halfway between the Real Madrid line and the penalty spot.

Now let’s do some quick calculations on the approximate distance covered in the kick:

The landing position of the ball is closer to the penalty spot rather than the penalty area line. Hence, we can consider the ball landed 14 yards out from the goal.

Let’s convert the value into metres which come 76.8. That basically exceeds Ederson’s Guinness World record of covering 75.35 metres in a drop-kick that he made in 2018.

Just in case, we say the ball landed 15 yards away from Real Madrid goal-line. Still, the covered distance comes 75.89 metres after doing the necessary calculations.

However, in case you don’t agree with the pitch dimension of Etihad given by Radio Times, let’s consider a smaller one of 105 x 77 metres that Transfermarkt and the Express listed.

Then, we get the summed up distance that Ederson made is 75.73 metres, which is yet again above his world record.

Now the question is will it receive ratification?

The answer is no. It’s because Guinness authority maintains its rules strictly while ratifying any record. So in this case, they might not consider it since the incident happened in the absence of them and also without their own measurements.

In addition, the record is heavily linked with wind speed that cannot go beyond 5 metres-per-second. Nonetheless, the wind speed of Manchester blew at 5mph when the match took place, listed by Met Office.

After all the speculations, it is needless to say even if this attempt of Ederson doesn’t count, he still holds the world-record, and his terrific ball distribution capacity makes him a unique goalkeeper of the current generation.