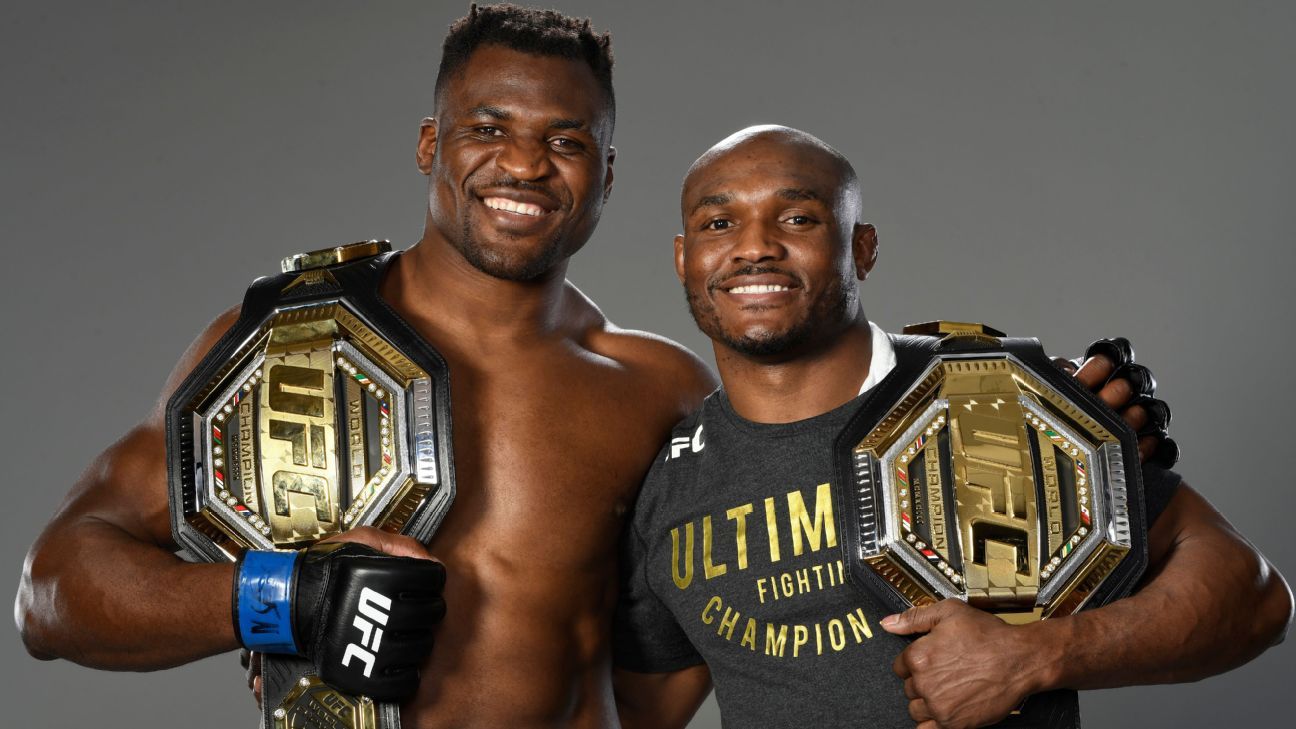 Hollywood superstar Kevin Hart was allegedly kicked out from a party but UFC stars Kamaru “The Nigerian Nightmare” Usman and Francis “The Predator” Ngannou.

The pair of African Champions on the diminutive Hart  and picked him up to Through him out of a body for being annoying and causing a disturbance. Pictures have surfaced online and Ngannou himself posted hilarious photograph.

Which he captioned “We had to escort this guy out for a disturbance at the after party. Anybody know him? “. But the matter is not as serious as it seems, clearly the pair were joking while picking up Kevin Hart who is less than half of their size.

We had to escort this guy out for a disturbance at the after party. Anybody know him? 🤔 😂 @KevinHart4real | @USMAN84kg pic.twitter.com/5mwHespnoW

Francis and his fellow champion Kamaru were all smiles as they joked with the Hollywood star. Kevin Hart is afternoon trolled for being a very short man, While Kamaru Usman and Francis Ngannou are known for their size and strength.

There seems to be light hearted jest between famous people who belong to the African American community.

Francis Ngannou is known as the baddest man on the planet as he is the heavyweight champion of the world while Kamaru Usman is the world welterweight champion and the pound for Pound number 1 fighter currently in the UFC.

Kevin Hart is a famous personality and comedic actor, it would not be surprising if he is the one who came up with the with the stunt pulled by Ngannou and Usman.

Proper 12 got Conor McGregor drunk in the middle of the night, resulting in him spouting rubbish
Recalling when Daniel Cormier barely survived kidney failure