Khamzat Chimaev could return to fight at UFC 252 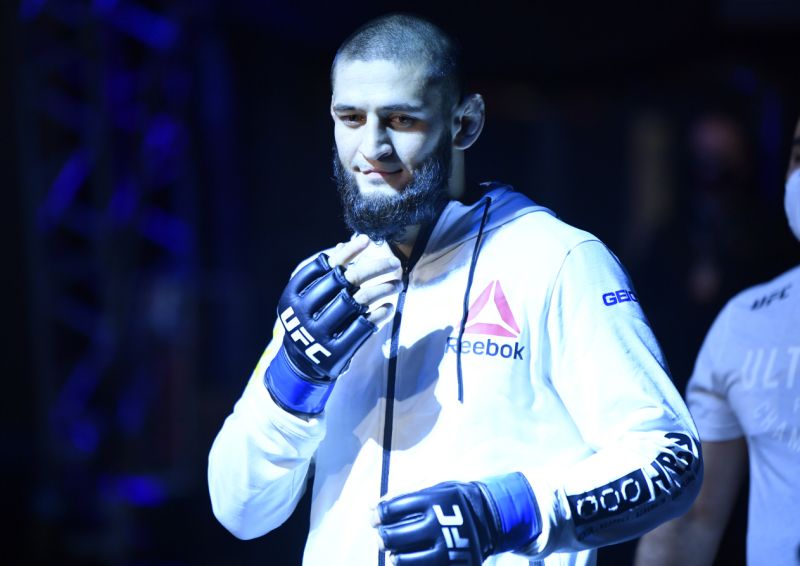 The Swedish fighter fought twice in 10 days and won both bouts in dominant fashion this month. He beat John Phillips on his debut on July 15th on the Calvin Kattar vs Dan Ige undercard via submission and declared his intentions of fighting right away. Chimaev stopped Rhys McKee in three minutes in the second bout.

Khamzat Chimaev remains unbeaten with an 8-0 record and has set his sights on fighting at the upcoming UFC 252 pay-per-view event headlined by the trilogy bout between Stipe Miocic and Daniel Cormier. Chimaev has already seen his Instagram followers reach almost 250 thousand since his UFC arrival and will no doubt be pushed by the organisation going forward. A breakout performance on a huge PPV card would elevate his popularity with the sports fan base further.

Chimaev has a desire to fight former lightweight title challenger Donald Cerrone next. Whether that fight will come to fruition is another question.

UFC president Dana White described Chimaev as ”special” in an interview with Kevin Iole from Yahoo Sports yesterday, and plans on putting him on the card at UFC 252.

Just spoke to @danawhite and he said @KChimaev “is special” and wants to fight again on Aug. 15 at #UFC252. He said he’ll make that happen.

Where does Khamzat Chimaev go for the rest of 2020?

The issue that the UFC has with Chimaev, is how quickly do they push him? He has already shown he can dispatch of lower ranked opponents without taking a strike, let alone any damage. The opponents he has fought have been nowhere near considered ranked opponents, and now decisions need to be made on how they match him up correctly.

After his win on Saturday, he commented on the comparisons of him and the current UFC lightweight champion Khabib Nurmagomedov. He said he is currently the number one fighter in the world, but he will soon have that mantle.

“Of course it easy for me,” he said when asked if the sport was too easy for him. “I born from this country when I was a kid, it was war in my country. Everyone knows Chechnya, like before how they were. I like to fight in the cage, and smash someone, it’s too easy. Too easy. Smash someone. Get money, brother. It’s perfect for me.”

Is it too early for him to fight a top 15 ranked opponent? The consensus within the UFC media is it isn’t. Although fighting the likes of Vicente Luque, Robbie Lawler and Rafael Dos Anjos who are in the lower tier of the top 15 may be a step too far, someone like Cerrone may be the perfect opponent for him.

Cerrone is one of the sports’ most notable names and has fought the biggest fighters in the sport for years. Although Cerrone may be on the back end of his career, a standout performance for Chimaev against a fan favorite like Cerrone will definitely elevate his stock heading into the next stage of his career.

Khabib Nurmagomedov set to retire
The title unification match of Nurmagomedov Vs. Gaethje goes down on October 24