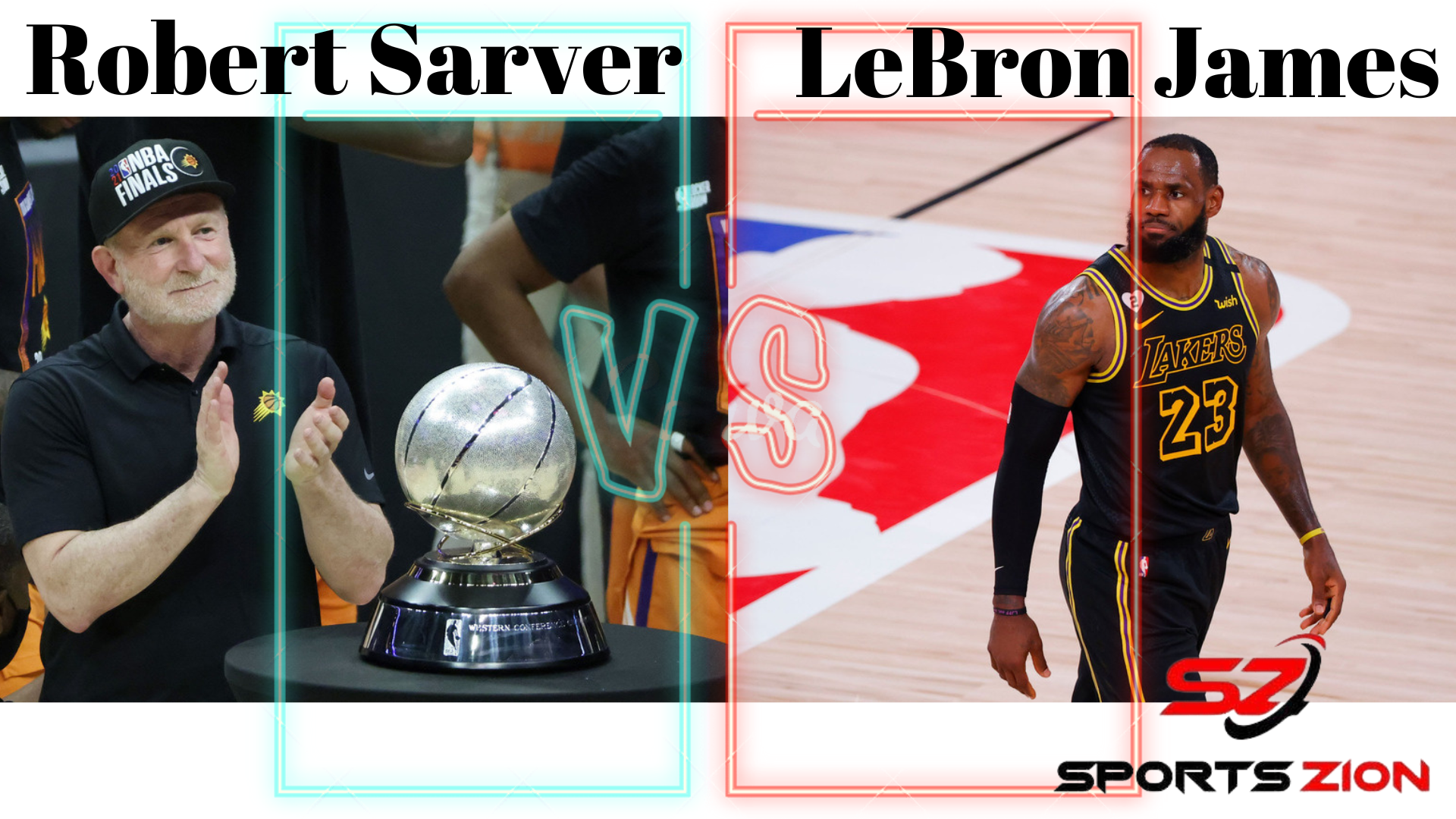 For a few days now, Robert Sarver has been the talk of the town in the NBA Universe and the social media went crazy as the stars of the NBA started to get vocal about the issue, and who else can fuel any issue to surface other than the King, LeBron James himself?

After being accused of making derogatory remarks and having a hassle-like attitude toward players and female employees, Robert Sarver, the owner of the Phoenix Suns, has developed a deteriorating relationship with the NBA, as new allegations of racism and misogyny start to emerge.

The owner of two great franchises decided to sell Phoenix and Mercury on Wednesday in response to the allegations made a week after he was suspended by the league for his egregious misconduct.

Phoenix Suns and Mercury owner Robert Sarver announces that he has started the process to sell both franchises.

Following the announcement of Robert’s decision, Laker star LeBron James expressed his delight on Twitter, writing, “I’m so proud to be a part of a league committed to progress!”

I’m so proud to be a part of a league committed to progress! https://t.co/c89Ad7AKZO

However, he decided to oppose Sarver by expressing his displeasure with a one-year suspension and a $10 million fine as an appropriate punishment for Sarver’s wrongdoings.

Marking the appearance of Sarver to have disappeared from the NBA with no time, James also applauds the league’s refinement and shows gratitude for being a part of it. His massive fan base stood steadfast with him since the veteran player never shied away from verbalizing any social issue.

Although Sarver’s immediate plan was to maintain control over the Phoenix Suns and Mercury, he mentioned in his formal declaration of the selloff that it “is the best course of action” and also remarked the current situation to be “unforgiving.” Consequently, this statement generated massive criticism among the public related to the NBA community.

Now that these teams are up for sale certainly the teams will find its ultimate destination to a suitable spot. Jeff Bezos, Bob Iger, Larry Ellison, and Lauren Powell are ahead of the list as prospective bidders for these two franchises. Following the sale of the Utah Jazz to Ryan Smith at $1.66 billion in 2020, the predicted cost of buying the Phoenix Suns and Mercury is $1.8 billion, which is way more significant in amount than when Robert purchased the two franchises for only $400 million.

James’s snarky comment got articulated overnight. Many other prominent NBA personalities, like the famous point guard of the Suns, Chris Paul, and the executive of NBPA Tremaglio, joined him in the celebration. Conversely, the NBA commissioner has entirely championed Robert’s decision, mentioning, “This is the right next step for the organization and community.”