Lance Stroll vs Covid-19: Can he deal through the after-effects at Portuguese grand prix ? 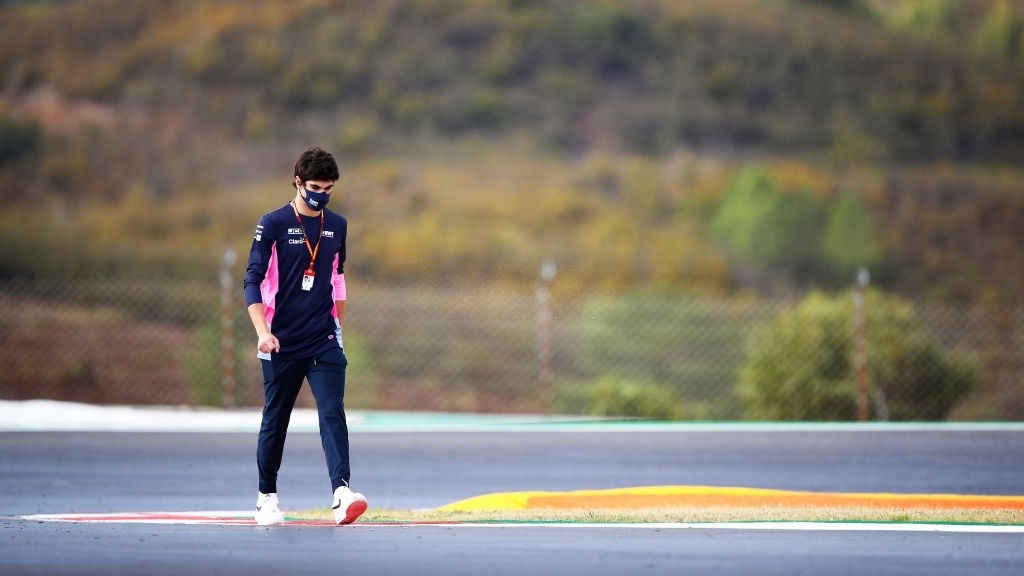 The Demon of coronavirus doesn’t seem like stopping anytime soon. While the scientists have claimed for a probable vaccine to arrive by the first half of the next year, this virus is not leaving any stone unturned to make a drastic impact in the meantime. Well even the Motorsports world hasn’t stayed untouched by this demon with Racing point’s Lance Stroll coming over as the latest addition to the victim’s list. After withdrawing from the Eifel Grand Prix due to illness, he tested positive for coronavirus on Sunday evening.

Eventually, Lance Stroll was replaced by Nico Hulkenberg for the remaining part of the weekend. Still, as per the recent reports, he has been marked cleared to race in the Portuguese Grand Prix, after testing negative in the tests conducted on Monday.

A sneak peek into the whole story

Lance Stroll was reportedly feeling unwell since the Russian Grand Prix on September 27 and came over as the second driver ( after teammate Sergio Perez) to tested positive for the deadly virus.

According to a recent statement shared by him on his social media account, he is said to be feeling fit and all geared up to feature in the Portuguese Grand Prix.

“I just want to let everyone know that I recently tested positive for Covid-19 after the Eifel GP weekend, I am feeling 100% and have since tested negative.”

Stroll further stated that he arrived at the Nuerburgring after testing negative but didn’t turn up for practice on Saturday morning due to an upset stomach.

“I followed the FIA protocol and self-isolated in my motorhome and did not re-enter the paddock. I wasn’t fit race so I flew home early Sunday morning. As I was still feeling under the weather I took a Covid-19 test on Sunday evening. The next day the results came back positive, so I stayed at home self-isolating for the next 10 days. Luckily, my symptoms were pretty mild.” He further added.

“I feel in great shape after testing negative and can’t wait to be back with the team and to race in Portugal,” as per his most recent statement on one of his social media accounts.

On the other side, ‘Racing point’ also issued a statement after been questioned regarding ‘why stroll wasn’t been tested right away after his withdrawal from the Eifel Grand Prix.

According to Team owner Otmar Szafnauer,’’ Lance had first reported an upset stomach during the Russian Grand Prix week and subsequently tested negative for Covid-19 several times, tests taken in line with both the FIA and Racing Point’s own protocols,”

“He also tested negative before arrival in Germany in the official pre-event test for the Eifel Grand Prix. The upset stomach symptoms returned on Saturday which forced Lance to withdraw from the race and stay in his motorhome away from the paddock’’, he further added.

Szafnauer also said that stroll’s health was then been monitored by a doctor that didn’t signal towards any probable Covid-19 infection. So, the management didn’t inform FIA after analyzing the nature of lance stroll’s illness.

Lance reportedly then flew to his home via a private plane on Sunday morning and then took a covid-19 test at home under Racing point’s protocol for Covid-19. After getting tested positive, he then took a 10 day home isolation according to the local regulations and guidelines.

So, after getting tested negative on Monday, he is cleared to participate in the Portuguese Grand Prix. Szafnauer also confirmed that every other team member has come out negative in the recent covid-19 test results.

Even though he deems himself as up and running, lance stroll may find it a bit challenging to start ahead with his preparations for the Portuguese Grand Prix. Although he only reported having mild symptoms, the situation would surely impact his performance in the upcoming races.

Ranking top 10 best F1 tracks around the world
Can Nico and Sergio fit the bill as potential drivers for Haas F1 next season?