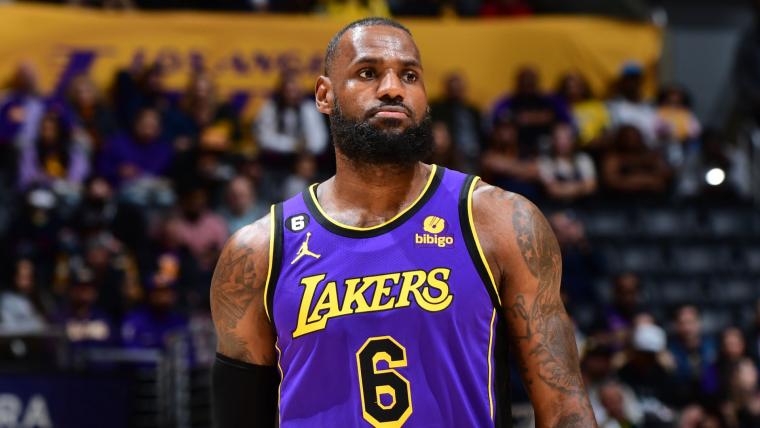 The Los Angeles Lakers, who have already had a miserable season, received even worse news on Sunday night when it was revealed that LeBron James would miss his fourth straight game. On November 9, the Los Angeles Clippers defeated the Lakers 114-101, and James injured his left adductor on that match.

After getting hurt during one of his best performances of the season on Wednesday against the Clippers, James underwent an MRI. He attempted a shot in the fourth quarter and after a clumsy landing grasped at his groin. He then departed the game due to “left leg pain,” according to the team, and did not come back.

James has been absent from the Lakers’ lineup since his injury, and his team has gone 2-2 without him thus far. They now plan to play without him tonight against the Spurs. The newly appointed head coach, Darvin Ham stated, “It’s difficult. But it’s a process that we understand and we just have to take our time because we don’t want this to be a lingering issue”

James played in ten games, averaging 24.9 points, 8.8 rebounds, and 6.9 assists each time before he was injured. Besides, The Lakers are in the middle of a two-game winning streak after defeating the Brooklyn Nets and Detroit Pistons, despite having a 4-10 record through their first 14 games.

This is not the first time the 37-year-old sustained a groin injury. King James missed a substantial amount of the 2018–19 season as a result of a groin injury he suffered during the Christmas contest against the Golden State Warriors. When asked how he felt after the game on Wednesday, he termed it an “injury” but said that it wasn’t as awful as what had happened four years earlier.