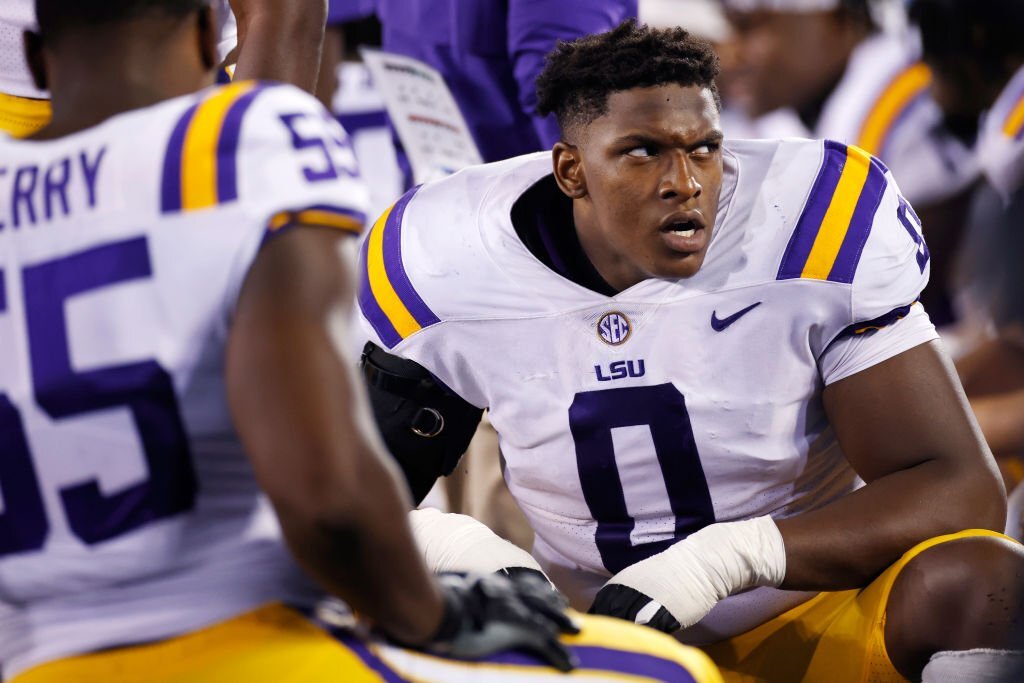 According to numerous sources, defensive lineman Maason Smith of LSU is anticipated to miss the remainder of the 2022 campaign due to an ACL tear he sustained during the Tigers’ 24-23 loss to Florida State on Sunday night. Smith, a defensive lineman who stands 6 feet 5 inches tall and weighs 315 pounds from Terrebonne High School in Houma, Louisiana, hurt his knee while celebrating a stop during the game’s opening defensive drive and did not come back.

LSU defensive back Major Burns stopped Seminoles running back Lawrance Toafili on second-and-7 from the 26-yard line. Smith’s knee gave up as soon as he leaped to celebrate the play, and he plummeted to the ground awkwardly. Smith was examined in the LSU sideline medical tent before making his way back to the locker room.

LSU DT Maason Smith appeared to have suffered an injury after celebrating this play. pic.twitter.com/SJDBAoJUA5

Maason had a small limp on the way back down the tunnel, which made the displeasure on his face obvious. During the first half, he did not return to the field, and as Smith left the locker room following halftime, he was using crutches. Smith was among the best defensive lineman among freshman in the nation in 2021. In nine games, he recorded 19 tackles, five tackles for a loss, and four sacks.

The product of Houma, Louisiana, was a standout recruit for the class of 2021. He was the No. 2 recruit in the nation and the best defensive lineman in his class. The only player ranked higher than Smith was Texas QB Quinn Ewers, who forewent his final year of high school to enroll early at Ohio State.

In the opening game on Sunday, LSU had trouble maintaining consistency, especially on offense. The Tigers fumbled twice on muffed punts before finally scoring in the final minute of the third quarter. The Seminoles were able to convert 11 of their 17 third-down tries thanks to the defense’s improved performance, but it was difficult for them to leave the field.

The team will now have to continue playing without Smith’s trench play. After playing Southern at home on Saturday, LSU will play Mississippi State in the conference opener on Sept. 17.