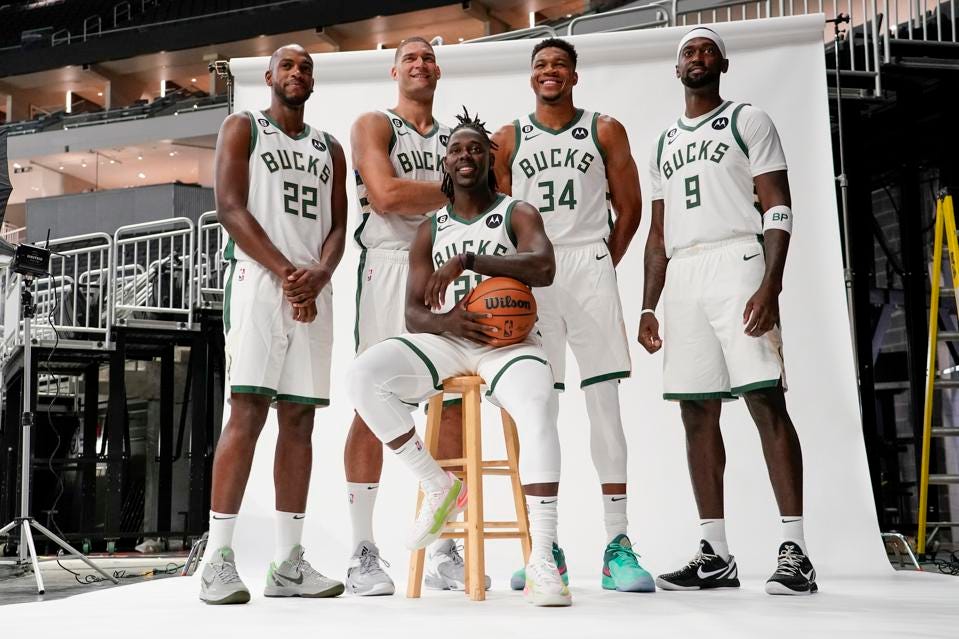 As the 2022-23 season nears, the NBA enthusiasts are surely drafting their own conjectures being biased for their favorite team. But the result of the NBA GM survey is not a castle in the air rather, it’s a prediction generated through precise inspection of the decision-makers.

NBA.com published the results of 21st NBA GM survey this Tuesday, where the general managers of all 30 teams were brought into a total of 50 questions on relevant parameters. To the most astonishing news itself, this is the first time the survey named the Milwaukee Bucks to raise the gold after commencing in 2002. The Bucks receiving 43% votes certify their improvement since their last championship in 2020-21. Last year’s title holder, the Warriors remains in 2nd position obtaining 25% votes, LA Clippers in 3rd with 21%, and Boston Celtics with 11% votes.

With 72% of the voting, Milwaukee Bucks was picked to win the Eastern Conference, while the Warriors and Clippers tied with 48%.

The Buck’s power forward, Giannis Antetokounmpo, has been chosen as the best power forward in NBA getting 86% votes of the general managers. In fact, for 55% of the GMs, Giannis is the player they would sign a franchise with if they could have any in the league. Luka Doncic of the Dallas Mavericks was tabbed as the NBA’s most valuable player by the voters, despite the fact that Devin Booker of the Phoenix Suns was voted the league’s best shooting guard.

How often the NBA GM survey is accurate?

Despite undergoing rigorous inspections, the GM survey can’t obviously foresee what will happen in the court in those 48 minutes, it isn’t a fortune teller.  The Survey picked Brooklyn Nets as the champ of the 2021-22 season, whereas the Golden State Warriors were not even in the top 3, snatched the title, keeping every audience in awe. However, a study by WSN affirmed the GM survey predicts the winning team with an accuracy of 51%, barely missing its shot, while predicting the best Shooting Guard since statistics mark 88% accuracy rate.

Without a doubt, the Bucks will do whatever it takes to win a third championship following their triumph in 1971 and 2021. For the 2022-23 season, it appears that the odds are favoring the Eastern Conference’s top club.