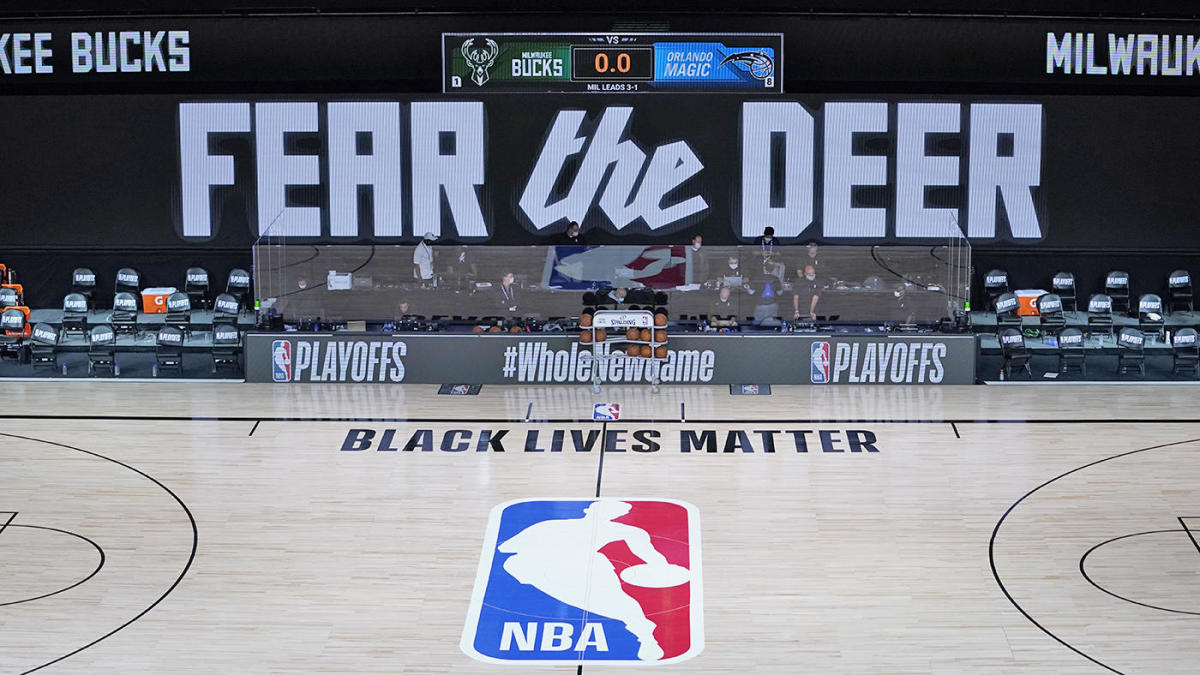 Black clouds are roaming over the remaining NBA Playoffs games as police shooting of Jacob Blake sent shockwaves to the basketball players.

NBA a league mainly dominated by the African-American community, had already a massive delay this season. The league is now facing another setback over the uncalled-for incident of police brutality.

Things started off when Raptors and Celtics players held a joint meeting to decide on the future of their semifinal meet-up. Soon the protest escalated quickly as Milwaukee Bucks postponed their first round game 5 against Orlando Magic. The other two games of the night were also canceled as players denied to step foot on the court until proper action is taken against the Wisconsin PD officer.

Blake, a 29-years old US citizen belonging to the black community, was shot 7 times from behind this Sunday when he was trying to get into his car in Wisconsin. Blake was immediately admitted to a nearby medical facility and is now in a stable state. However, he is disabled from the waist down and only a miracle can make him walk again.

Players irrespective of teams had a 3-hour long meeting yesterday at Disney Resort. Clippers and Lakers suggested postponing the rest of the tournament and walked out of the meeting. A large portion of players from other teams are also in favor of discontinuing the season.

The Clippers and Lakers voting on perhaps not continuing with the season was considered more of a polling, than a final vote, sources tell ESPN. The resumption of the playoffs remains still up in the air.

The WNBA soon followed suit with its male counterpart postponing three matches on Wednesday. Washington Mystics players wore t-shirts with Jacob Blake’s initial as well as 7 bullet marks on the back.

National Basketball Referees Association also responded to this situation. NBRA stands in solidarity with the players’ decision of boycott. “There are more important issues in our country than basketball and we hope this will inspire change.” NBRA said in a published statement.

Though the final decision is yet to be made, as of now it is highly unlikely to continue the NBA Playoffs with the current schedule. NBA fans are hoping to see a miracle from the law enforcement to serve immediate justice to Jacob Blake so that the league can begin without controversy.