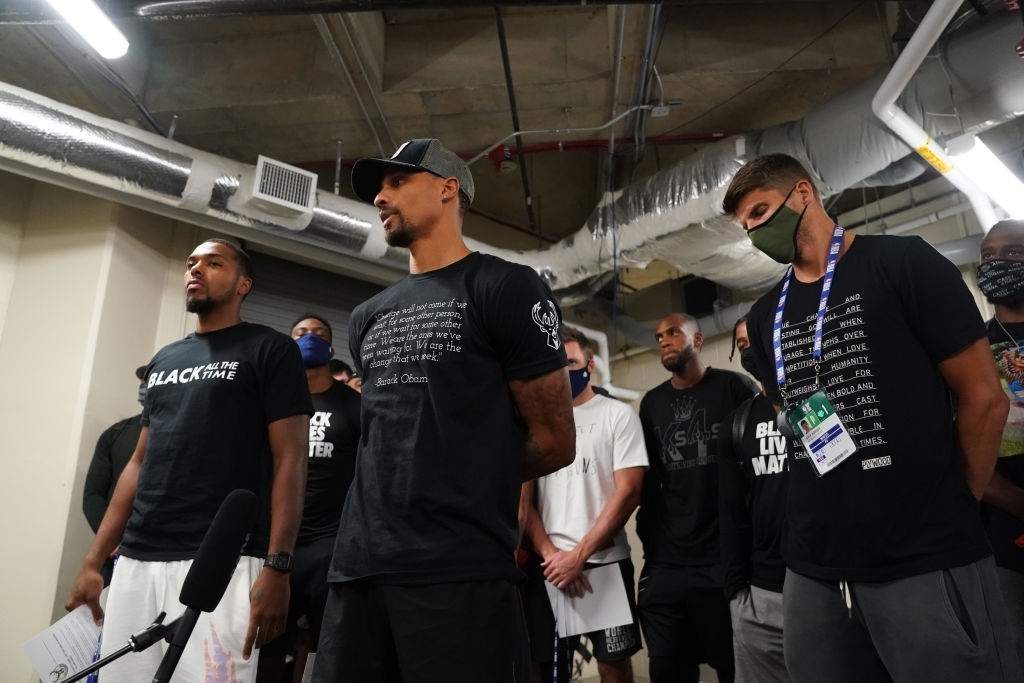 “Sports have the power to change the world. It has the power to inspire, the power to unite people in a way that little else does. It speaks to youth in a language they understand. Sports can create hope, where there was once only despair. It is more powerful than governments in breaking down racial barriers. It laughs in the face of all types of discrimination. Sports is the game of lovers.”-Nelson Mandela.

After the brutal murder of George Floyd, America was flooded with protests. Crowds are lining up everywhere to mourn the death of Floyd and protest against police brutality in the states. People’s demand change was heard far and wide and the entire nation stood unified on the stance. Everyone tried to do their bit in supporting the protests.

However, the protest was not restricted to the streets and the common crowds. The Sports world took it to their task and popularised the movement massively. NBA and NFL being the pioneering leagues to go ahead with the practices like taking a knee during the national anthem and donning the BLM t-shirts. The grounds and courts witnessed moments of unified protest and a single line of thought. It seemed that change would arrive this time. However, as the season progressed, the zeal had died down. 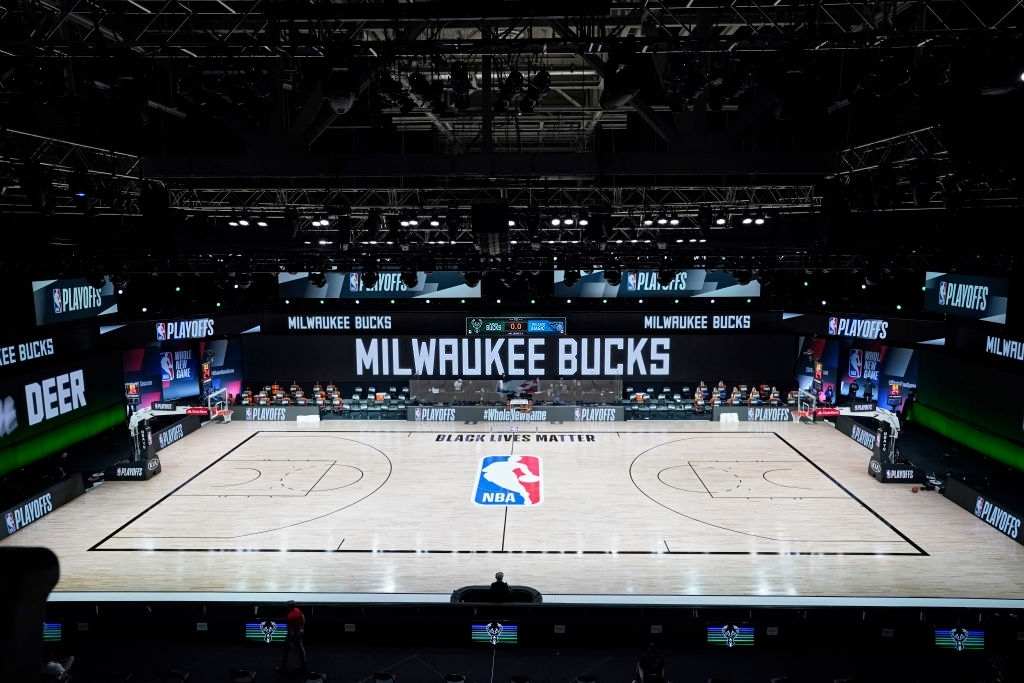 Things were gradually going back to normal after the COVID pandemic. The leagues were up and running and sports returned again. This BLM movement would also have died down like any other protest movement hadn’t there been another similar event such as Floyd’s in Wisconsin. Jacob Blake in Kenosha, Wisconsin, was shot seven times on his back by the local police and was injured in a gruesome manner. The man was trying to get back to his car where his children were as this happened. In response, the Bucks annulled their game on Wednesday against Orlando Magic with the NBA taking down the entire slate for the week. Three games have been canceled in total with Lakers and Bucks threatening to boycott NBA.

The NBA and the NBPA today announced that in light of the Milwaukee Bucks’ decision to not take the floor today for Game 5 against the Orlando Magic, today’s three games – MIL-ORL, HOU-OKC and LAL-POR have been postponed. Game 5 of each series will be rescheduled.

The Bucks explained their decision in a press meet, saying, “Over the last few days in our home state of Wisconsin, we’ve seen the horrendous video of Jacob Blake being shot in the back seven times by a police officer in Kenosha, and the additional shooting of protestors,” The call for change has been exceptional and it definitely didn’t demand another similar instance as Floyd’s. Nonetheless, it happened again and this time, the protest is going to be severe and brutal.

The walkout marks it to be the first-ever boycott in the history of NBA and the players seem quite determined with their cause. With major players like LeBron James deciding to quit along with their teams, NBA poses some serious threat to the racial scene in the states. Nonetheless, the NBA is not the only League that has stood up to the cause. Major games in MLB season have also been canceled because of this outrageous act. The Brewers called off their game against the reds as they believe that the matter needs to be addressed first.

Surprisingly enough, Tennis, an all-white sport, has also seen protests regarding the matter. Acclaimed two-time Grand Slam champion Naomi Osaka, announced her step down from the semis in Western qualifiers. She explained, “Before I am an athlete, I am a black woman. And as a black woman, I feel as though there are much more important matters at hand that need immediate attention, rather than watching me play tennis; I don’t expect anything drastic to happen with me not playing, but if I can get a conversation started in a majority white sport I consider that a step in the right direction.”

Following Osaka’s declaration, the USTP, WTA, and ATP have come out with similar statements. In their attempt to take a stance in the protest, they posted, “The USTA, ATP Tour, and WTA have decided to recognize this moment in time by pausing tournament play at the Western & Southern Open on Thursday, August 27. Play will resume on Friday, August 28.” The protest has been set and the pressure has been surmounted well. Now it is on the government to play its part.

MLS and WNBA have also called off their respective games for the week in support of the movement.

With the surge of the boycott in every important league, the NFL might be gearing up to participate as well. After all, it was the league that presented us with Colin Kaepernick and his historic take a knee movement in 2016. The Cowboys could also be walking out, canceling their games for the season boycotting the League. The NFL has finally started to listen to its players and might as well be on the same page. Therefore, we are yet to hear of a more explicit statement from the teams regarding the Blake incident. However, we should not assume that the Dallas Lions demonstration will be the only step from the football teams.

A renewed anger strain has found its existence in the NBA players with players tweeting and demonstrating their frustration regarding the matter. LeBron James expressed his disgust along with several other players. The Jacob Blake incident has fired up a protest in Wisconsin and provided fresh energy to the movement.

The NBA players have provided full support to the spokesperson LeBron James in the matter and are determined to abandon the season. After varied protests and major demonstrations, the NBA doesn’t seem to be back unless some step is taken regarding the matter. With the two most capable contenders for the title looking at quitting the competition, the NBA faces a major threat to the progression of the season ahead. However, we might be looking at a revision in this harsh decision from the Lakers and Clippers side if some action is taken on the BLM case. LeBron James has been thoroughly active throughout Floyd’s case and the entire team of Clippers have supported him well enough all throughout. They aim to do the same this time by standing beside him in his decision.