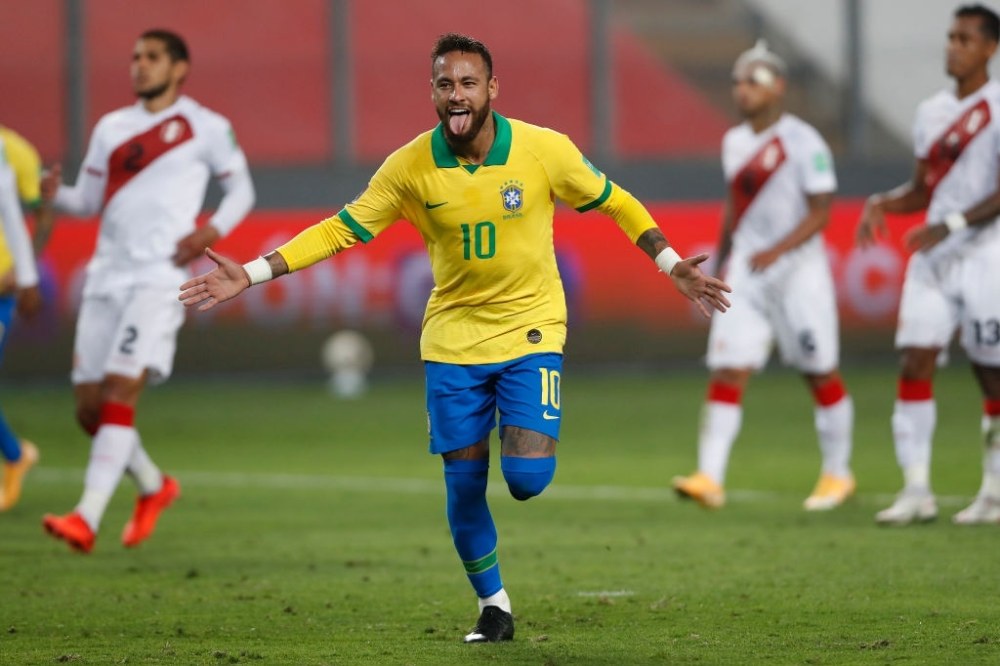 When it comes to scoring for the Selecao, the Brazil National Football Team, only Pele can claim for now that he has scored more goals than Neymar. Before the match against Peru on Tuesday, Ronaldo Fenomeno was the second top goal scorer for Brazil, with a whopping 62 goals. Neymar beat that with a hat-trick, after which his total number of goals for Brazil is 64. Therefore, Neymar is now only 14 goals aways from beating Pele’s 77 goals record.

On Sunday, Brazil thrashed Bolivia with a 5-0 victory in their first match of 2022 World Cup qualifying campaign. It did not stop there as the Selecao continued showing their dominance in the next game against Peru. PSG talisman Neymar scored a hat-trick helping Brazil to bag another victory, with the final score being 4-2.

With this win Brazil extended their streaks a bit more. Because Brazil at home, have never lost a qualifier game. Out of the 55 matches played in total, they have enjoyed 43 victories and remained satisfied with 12 draws. With their second win against Peru, Brazil stands with six points, same as neighboring rival Argentina. After matchday 2, both Brazil and Argentina are the only two countries with a 100 percent record.

Neymar made his debut at the age of 18 for the Brazil National Football Team and it took him a total of 103 matches to surpass the great Ronaldo. In a 17-year career, Ronaldo scored 62 goals for his homeland, that took him 98 games, during which he won two world cups in 1994 and 2002 as well as two Copa Americas in 1997 and 1999.

However, Pele still remains as the top scorer for Brazil. The Brazilian legend scored 77 goals for Brazil in 92 appearances, since his first international goal against Argentina in 1957.

Neymar who turned 28 this year has already beaten Messi and Cristiano Ronaldo in total number of game appearances back in 2018. However, Cristiano Ronaldo still stands tall with his 101 international goals for Portugal.

So, the question is, can Neymar beat football’s GOAT Pele’s 77 scoring record? And will Neymar’s goals help Brazil achieve something big?

The world awaits the answer.