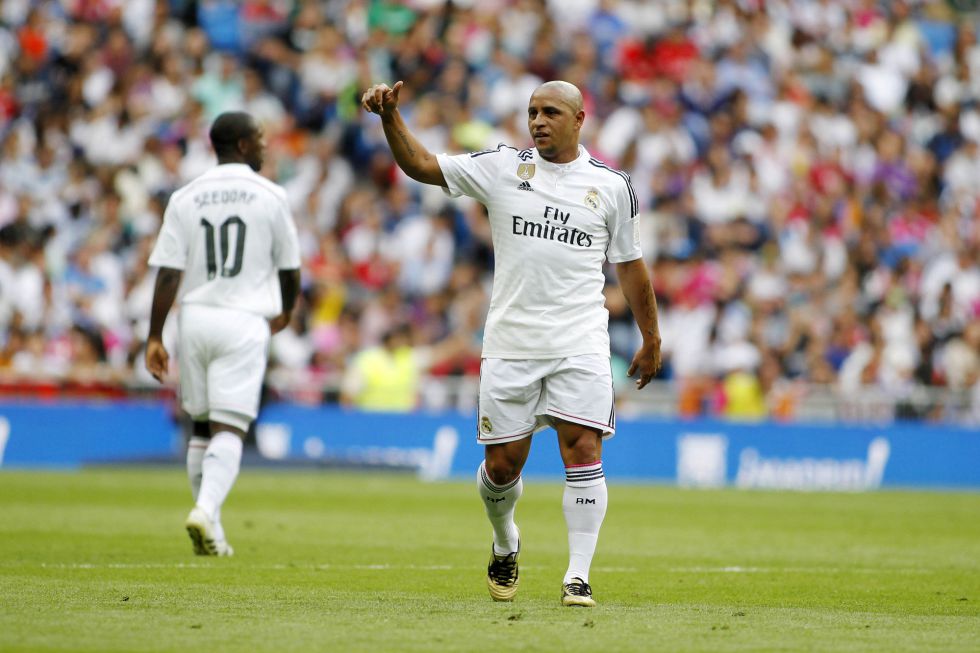 With over 90 major honors won, Real Madrid is one of the most successful clubs on the European continent, while its 13 Champions League trophies are significantly more than any other side has managed.

Given its success on the field, it comes as no surprise that the club is also very lucrative off it, while also boasting followership running into hundreds of millions around the globe.

What Real Madrid is to club football, Brazil is to international football and the Yellow and Blue of the South American nation is one of the most iconic and instantly recognizable national team jerseys in the world, with some of the greatest names in history including Pele, Zico, Ronaldo, Kaka, Romario, and Ronaldinho having donned the colors of the Samba Boys.

It, therefore, stands to reason that by virtue of their successes on their respective fronts, both Real Madrid and Brazil have been intertwined and the two have been thrust into a mutually beneficial relationship, owing to their respective statuses’ as the best teams on the national and club scenes.

Real has a history of seeking the most marketable players around the world who also possess the technique and requisite talent to succeed at a club its size, and when it comes to talent, there is arguably no bigger production line than Brazil.

The relationship between both sides dates back to 1935 and Rodrygo Goes became the latest and 25th Brazilian to don the famous white of Real Madrid in 2019.

Expectedly, not all Brazilian players fulfilled their promise in the Spanish capital, with some going on to achieve legendary status, while others left without as much as a whimper.

Here, we shall be having a rundown of the top 10 Brazilians to have played for Real Madrid, disregarding their performances elsewhere and focusing on just their displays in the colors of Los Blancos. 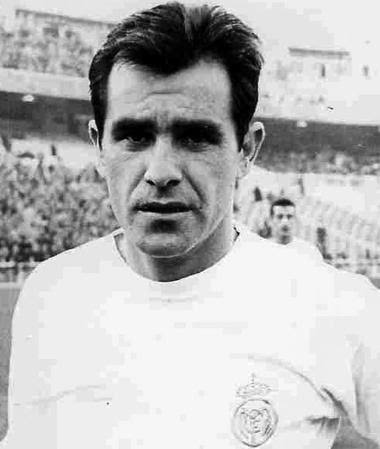 Evaristo is one of just a handful of players to have crossed over directly from Barcelona to Real Madrid, doing so in 1962 after he could not agree to new terms with the Blaugrana board.

He had been a standout player for the Catalans, making 114 appearances and scoring 78 goals which prompted the club to try and talk him into getting Spanish citizenship so he could represent Spain. He, however, refused.

Upon arriving Real Madrid, Evaristo saw his impact severely limited and he made just 17 appearances, scoring four goals in his three years at the club. 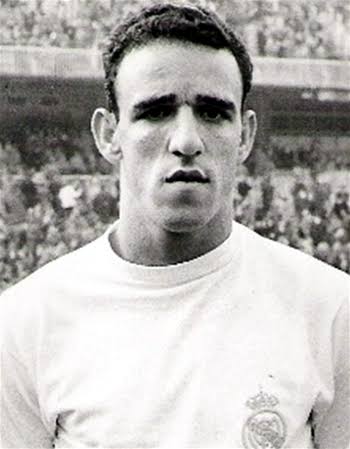 Darcy Silveira dos Santos colloquially known as ‘Canario’ is a retired Brazilian forward who represented Real Madrid for three seasons during the height of their powers.

He had earlier distinguished himself in his native Brazil with Olaria and America-MJ before embarking on his first sojourn to the European shores.

The presence of iconic forwards like Ferenk Puskas, Alfredo di Stefano, and Raymond Kopa severely limited his impact and he made just 28 LaLiga appearances in his three seasons, scoring three goals.

Canario departed the Bernabeu in 1961 and found more success with Real Zaragoza where he made it to the final of four Copa del Rey, winning two. 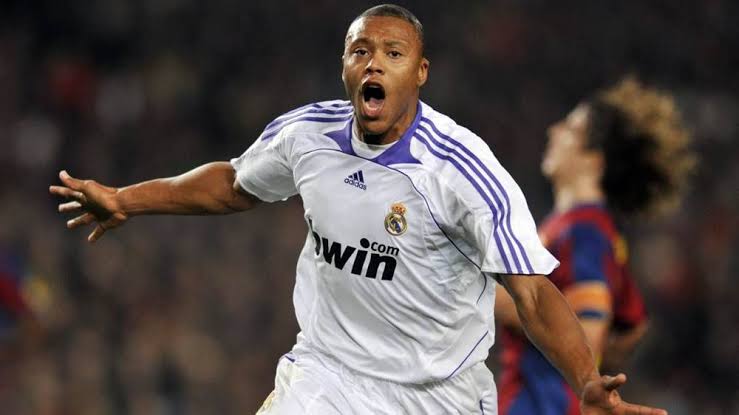 Julio Baptista created shockwaves in Spain with his displays in front of goal for Sevilla where he scored 50 goals from just 81 appearances in two seasons and prompted a transfer to Real Madrid in 2005 for the sum of €24.5m.

Things did not go according to plan, however, for ‘The Beast’, as the presence of established superstars like Guti and Zinedine Zidane meant that he was deployed out wide on the left of attack rather than in his more preferred role as an attacking midfielder.

Just 12 months later, he was used in a loan exchange that saw Antonio Reyes join Real Madrid from Arsenal, but things did not improve for Baptista in the Premier League as he managed just three goals from 24 matches.

He returned to the Bernabeu and enjoyed more playing time in his preferred position and ended up making 27 appearances as Real Madrid successfully retained their league title before his departure to AS Roma in the summer of 2008. 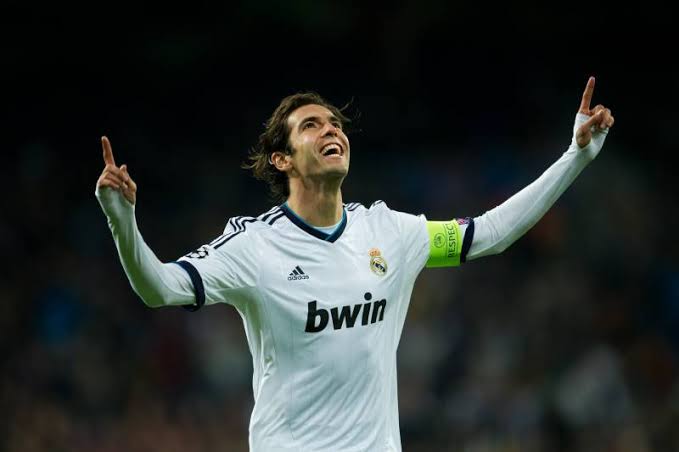 Kaka arrived alongside Cristiano Ronaldo in the summer of 2009 as the major signings at the start of Perez’s second stint as club president.

It was believed that both men would usher in the new era at Real Madrid, but whereas Ronaldo went on to cement his legacy as arguably the greatest player in the club’s history, Kaka left fans wondering what-would-have-been?

The former Brazilian international was the FIFA World Best Player and Ballon d’Or winner in 2007 and had wowed audiences the world over with his displays in the colors of AC Milan.

This form, however, deserted him at the Bernabeu, with injuries limiting his impact and robbing Madridistas of getting the full value of the €67m expended to get his services from the Giallarossi.

It all started with a knee injury sustained few weeks to the commencement of his second season with the club and from then on, Kaka’s career was never to be the same again.

He departed the club in September 2013 after winning one La Liga and Copa Del Rey trophies apiece, scoring 25 goals in 120 appearances in all competitions for the club.

However, it could have been so much more for the man who is among only eight players to have won the Champions League, World Cup, and Ballon d’Or. 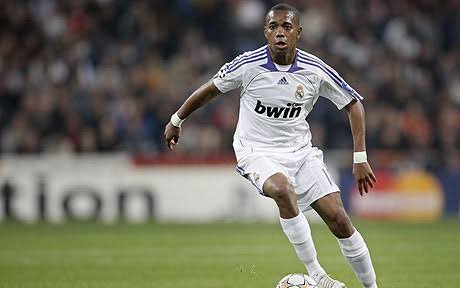 Following his exploits with Santos, Robinho received plenty of adulation early on in his career and was dubbed as the ‘new Pele’ by none other than the legendary man himself after the youngster guided Santos to a first league title since Pele’s days.

It was not long before European clubs started circling him, but it was Real Madrid who won the right to his signature in a deal worth €24m.

Robinho impressed in his debut match and ended his first season in Europe with 14 goals in 37 appearances but things went awry for him the next season, as he lost his starting spot and was mostly used as a substitute by coach Fabio Capello whose pragmatic methods did not allow for the flair and indiscipline of the Brazilian.

Bernd Schuster’s appointment in the summer of 2007 saw Robinho restored to the starting lineup and throughout the season, he played some of the best football of his career and was the driving force behind Real Madrid’s successful retention of their LaLiga crown.

However, despite his performances on the field, he faced criticisms for his excessive partying off it and Robinho departed Real Madrid in the summer of 2008 after rejecting contract offers due to the club wanting to use him as a makeweight to bring Cristiano Ronaldo to Spain.

In total, the 35-year-old scored 35 goals from 135 appearances but departed having failed to fully fulfill his promise at the Bernabeu. 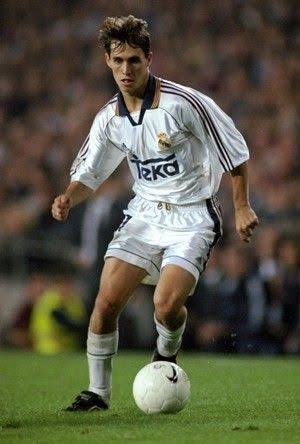 After breaking out with Flamengo in his native Brazil, Sávio Bortolini Pimentel transferred to Real Madrid in 1998 and distinguished himself with his performances for Los Blancos for the next four years (he spent the 2002/2003 season on loan with Bordeaux in France).

Playing as a left-winger, Savio was instrumental in the revival of Real Madrid’s fortunes on the continent towards the end of the last century and in 1998, he helped end the club’s 32-year wait for European glory when they won the Champions League by defeating Juventus in the final.

The former Brazilian international was a regular for the first three years of his Real Madrid career, before embarking on a loan spell away from the club in the 2002/2003 season.

In total, he made 160 appearances in all competitions, scoring 30 goals and helping the club to seven major honors including three Champions League titles. 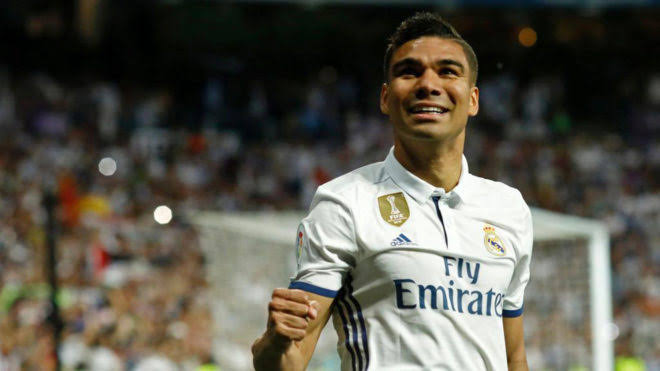 Casemiro was signed by Real Madrid from Sao Paolo in 2013 but was immediately loaned out to FC Porto to continue with his development.

After one season in Portugal, he returned to Spain but was out of the first-team picture as Rafa Benitez instead focused on playing Real Madrid’s more expensive and attack-minded players.

Zidane’s appointment in Benitez stead helped rectify this anomaly, as the Frenchman himself was a first-hand witness of the imbalance such a system bring to a team (having experienced the same with Claude Makelele during his playing days).

Since then, Casemiro has become an instrumental part of Real Madrid’s successes in recent years, acting as the cushion to the defense while his more aesthetic teammates wreak havoc going forward.

So far, he has amassed a total of 210 appearances for Real Madrid in all competitions, scoring 20 goals, with 12 major honours won in his time at the Bernabeu. 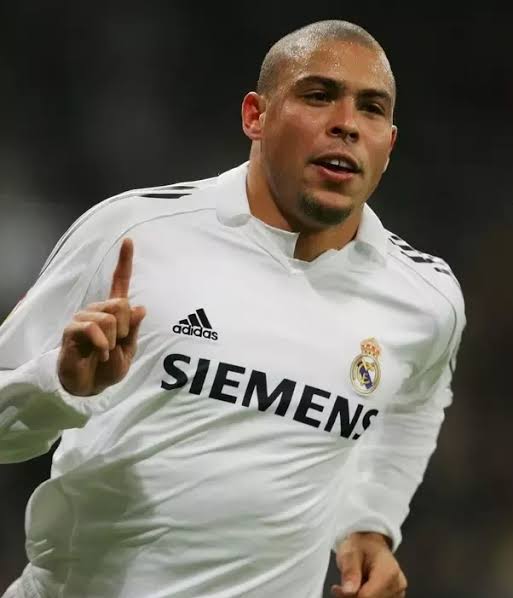 Ronaldo is quite easily the best striker of his generation and one of the best of all-time, so it might come as a surprise to see him ranking ‘so low’ on this list.

However, as already indicated, only performances in the colors of Real Madrid are put into consideration and ‘El Fenomeno’ did not shake things up in the Spanish capital compared to his exploits elsewhere.

The former PSV man was signed by Real Madrid in the immediate aftermath of his heroics at the 2002 World Cup and Ronaldo impressed in his first season back in Spain, finishing as the league’s top scorer with 23 goals to help Los Blancos to her 29th LaLiga title.

From then on, it went downhill for both a multi-talented Real Madrid squad and personally for Ronaldo as a player and he struggled with weight issues as well as his excessive nightlife.

He departed Real Madrid in December 2006 for AC Milan, and his goals record at the Bernabeu reads 104 goals from 177 appearances which is a fairly good return and was enough to earn him a favorable spot in= the heart of the Madrid faithful. 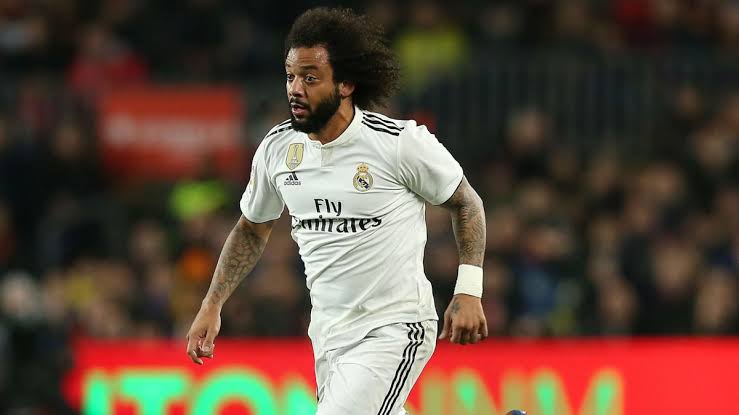 Marcelo was signed by Real Madrid midway through the 2007/2008 season just a few months after Roberto Carlos departed the club and in many ways, this was a symbolic passing on of the torch, as the former Fluminense man has held down the left-back spot like no other apart from his compatriots in the history of Los Blancos.

With almost 500 appearances made for Real Madrid, Marcelo is a bonafide legend of the club and his bombarding runs down the left flank and pin-point delivery have played a major part in Real Madrid’s successes in recent times. 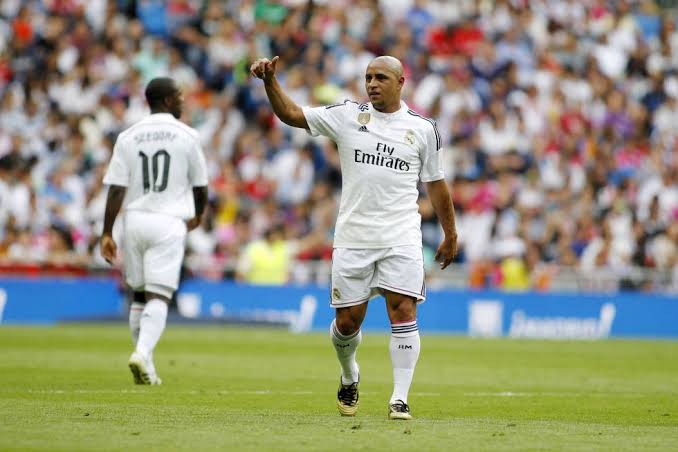 In his 11-year association with Real Madrid, Roberto Carlos played his way into the annals of the club as arguably the greatest foreigner in the history of the capital club.

He had arrived Real Madrid from Inter Milan in the summer of 1996 and became one of the most influential members of the team both on and off the field.

The ‘Bullet Man’ made a total of 584 appearances for Real Madrid (the most for any foreign player), winning 11 trophies while he was also highly decorated on an individual level.