Top 10 Most Entertaining Wrestlers In History 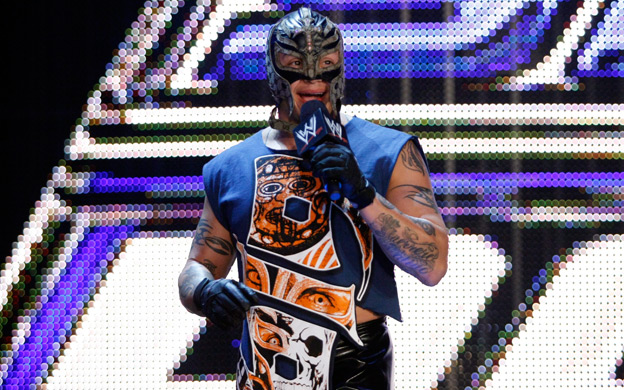 We’ve had a fantastic year in the wrestling world in 2019. The Wrestlemania, SummerSlam, Crown Jewel and the likes were heavily anticipated along the way and they didn’t disappoint when their times eventually arrived. All these mega-events came to serve just one purpose – to entertain the fans.

We all know that wrestling is all about entertainment. The crowd simply wants to get fantastic feelings. That is the reason why they put the money behind the tickets and go all the way moving from one stadium to the other to watch their favorite wrestlers in action.

Over the years, a lot of superstars have been doing great to keep the spectators happy. With their fantastic in-ring skills, mic-handling abilities and amazing gimmicks, they lit up the world of sports entertainment in fantastic fashion. From the high-flying superstars to the momentum exploiting ones and the humor creators, we present to you the top 10 most entertaining wrestlers in history:

Van Dam is one of the most entertaining wrestlers in history. Oh wait, it is not the famous actor Jean-Claude Van Damme. Although the man in question also acts occasionally, he made his name as a professional wrestler entertaining the fans with his spectacular displays within the squared circle.

Rob Szatkowski, better known by his ring name Rob Van Dam, is a sure bet when it comes to sending the crowd wild whenever he steps into the ring. He has recognized for his signature ariel moves such as the Van Dam’s Five-Star Frog Splash; a move he executes from an unbelievable height as well as the Van Terminator which is simply a corner-to-corner missile dropkick.

There’s no denying the fact that Japan has produced a lot of highly entertaining superstars the wrestling world has witnessed in its long and illustrious history. Keiichi Yamada, also known by the ring name, Jushin Liger, follows this line of superstars.

Jushin Liger was the leader of the New Japan team during the TNA World X Cup Tournament in 2006. He is recognized for his signature moves such as the Brainbuster; a move he sometimes executes from the top of the rope as well as Abisegeri; which is a Rolling ‘koppu’ kick that he used to torment his opponents in the ring.

He is all about entertainment whenever he finds himself performing in the squared circle. The fans are always eager to see him in action as they trust him to always put up fascinating displays and give them a reason why they should keep coming for more.

Shane puts it all on the line to entertain the fans

Here’s a name that shouldn’t be omitted when it comes to rating the most entertaining superstars in wrestling at the moment. This man; despite not being very skillful or humorous with the microphone in his hands, still managed to find his way into this list

Shane McMahon is the son of famous WWE chairman and CEO Vince McMahon. He is a European Champion and a one-time Hardcore Champion of the company. Shane also managed to enter the list of the top entertaining wrestlers in history.

He is renowned for his ability to deliver a corner-to-corner dropkick from the top of the rope. His recent match against The Miz at WrestleMania reminds everyone of how much he could risk to get the fans entertained. His jumps are iconic and he is never scared of putting everything on the line just to send the audience wild.

Foley impressed even with diverse personalities in the world of wrestling

There are surely not many people in wrestling who could get over three different personalities, but that is just what the Hardcore Hall of Famer did. First, he presented us the bad man from Truth or Consequences, New Mexico, by Cactus Jack, who had little regard for his opponents’ anatomy or his own; followed by a deranged Mankind, who was without any humane qualities.

Finally, there was the last character, Mick Foley, first created when he was just a kid, Dude Love, a relic from the sixties. Foley involved in some of the bloodiest wars around the world and of wrestling and will be remembered the most for his big spots during Hell in a Cell matches.

Besides his in-ring ability, the superstar’s mouth was also deadly; just as much as his style. His spot on this list is simply a well-deserved one. He has cemented his place among top entertainers in the business and will remain there for many years to come.

Japanese famous wrestler and actor Yoshihiro Asai, with the stage name Último Dragón, is regarded by many as one of the most entertaining superstars of all-time. He is well-renowned for developing multiple eye-catching moves such as The Asai DDT, the Dragon Bomb, the Dragonsteiner as well as the Asai Moonsault.

He underwent training in Japan and later learned the Lucha libre style while he was working in Mexico. On October 11, 1996, he achieved the unification of eight junior division titles called the J-Crown from various international promotions.

The name “Ultimo Dragon” which became popular among spectators means the “Last Dragon” in Spanish. Yoshihiro Asai claimed that he is the last student taught by legendary martial artist and movie character, Bruce Lee, whose nickname was “The Dragon”. Ultimo Dragon enjoyed a successful career in the world of sports entertainment. Thanks to his awesome moves in the ring, he is rated by many as one of the most entertaining wrestlers of all time.

Wrestling fans simply can’t hide the excitement they derive from watching the Mexican superstar pulling all sorts of acrobatic moves and delivering fantastic performances in the squared circle. The Giant Killer, as he is often called, has taken his career to an awesome level since he broke out since over a decade ago.

Moreover, his signature move, the 619 is also famous among spectators. Mysterio has achieved a total of 21 titles during his WWE career. He is still signed to the company and was recently involved in a brawl with Brock Lesnar.

You will be familiar with this name if you watched wrestling in the eighties and the nineties. Even if you couldn’t, there is still a high chance you could have seen him on the TV screen with his cameo appearances on WWE.

Not much of a high-flyer or a flamboyant in-ring performer, yet there is no doubt Hulk Hogan as able to capture the attention of wrestling fans more than most superstars with his amazing comebacks and attractive celebrations; posing down for the fans while his iconic music boomed through the arena.

He was one of the few superstars that defined wrestling during his peak and his relevance to WWE, which has now become the biggest company in sports entertainment by a massive margin cannot be over-emphasized.

This is one of the few names that wrestling fans will remember quite easily because he wasn’t the type of superstar to stay under the radar for any moment. There was simply no bigger star than Stone Cold During the famous Attitude Era in wrestling.

From his iconic segments with CEO, Vince McMahon to his promo at King of the Ring, Stone Cold never ceased to entertain the fans. Whether it was in the ring or handling the microphone, the superstar remained a joy to watch throughout his active years as a wrestler.

His “What?” chants are still remembered by fans all over the world to this day and even though they might appear annoying to the current roster, watching Stone Cold do his thing makes you recall how memorable the real thing actually was.

Obviously, it would be really difficult to find another performing wrestler like The Rock. For so many reasons, the superstar ranks among the greatest wrestlers in history. One of them is his ability to deliver entertaining performances and get the fans shouting his name at the top of their voices whenever he steps into the ring.

The Rock started as a babyface in the business. The fans didn’t welcome the idea as they turned against him chanting; “Die, Rocky, Die.” As a result, he decided to turn on the fans and changed to a trash-talking member of the Nation of Domination, which was eaten up by the crowd.

But rather than give them what they wanted, The Rock, once again, turned on the crowds who just began to embrace him and became the biggest heel in the company instead. Yet, nothing could stop the crowd from cheering him on as he rose to become the face of the company.

Any list honoring the most entertaining wrestlers in history that doesn’t include this man is destined to be criticized to the high heavens. Such was his ability to deliver fantastic segments and eye-catching in-ring performances during his time in the wrestling business.

Ric Flair has revealed in several interviews that Dusty Rhodes was a tremendous influence on his career. He picked up that influence and bashed it out of the park to become a household name to every fan of his era.

Between the mid-eighties and the mid-nineties, there wasn’t a soul in this universe who could touch Ric Flair in the ring or on the microphone. There was no matching the pageantry of his entrance. Already retired and currently, a Hall of Famer, Flair’s legacy in the squared circle can’t be overlooked. He is, without doubts, one of the greatest superstars the wrestling world has witnessed.