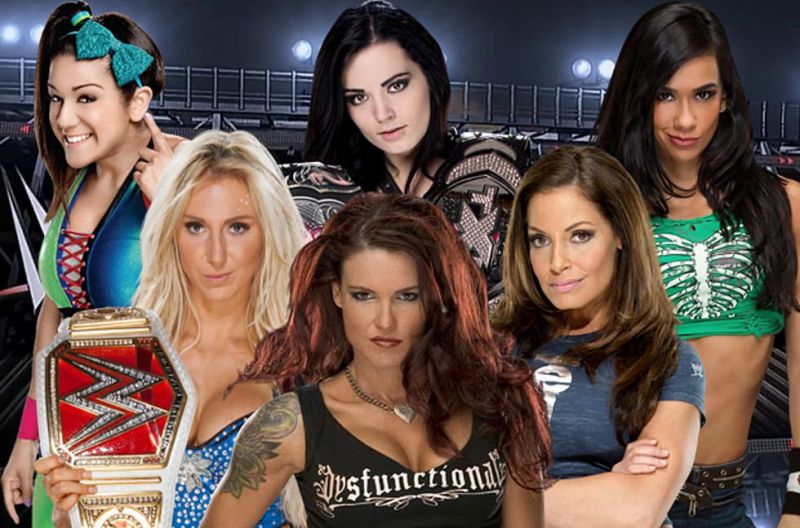 Just recently this year, the female category of WWE made history as two female superstars headlined Wrestlemania for the first time in history, much to the delight of the spectators. It marked the beginning of a new era, one that has been long in the making for many years and will surely shape the future and perception of women in the world of sports entertainment.

Male superstars have always enjoyed a big share of the attention in the wrestling world. However, we’ve witnessed over the years as the female division produced a number of superstars who stepped up to prove to us that what a man can do in the ring, a woman can do better.

With their incredible exploits in the squared circle, these divas got the world of wrestling on its feet and managed to secure their places in the history of the company. Without further ado, let’s quickly take a look at the top 10 female wrestlers of all-time.

When we rank the top 10 female wrestlers in history, this is one of the very few superstars to start with. Stacy Keibler started her wrestling career at just 19 years old when she was WCW’s Nitro Girl whilst attending school full-time and she was already gathering momentum and rising steadily at that time.

She also served as a cheerleader for Baltimore Ravens as she carried on to be a successful valet in WCW with the name, Miss Hancock. WWE bought WCW, she jumped ship and moved on with her success as a valet while fighting in the occasional match.

Keibler rapidly became one of the top Divas of the company. While working as a manager as well as an in-ring competitor, she battled many big-name female wrestlers such as Jillian Hill and Gail Kim, while also guiding the careers of male superstars like The Hurricane and Scott Steiner to mention just a few. Her spot on this list is a well-deserved one.

This is another name that cannot be left out on this list. This superstar crossed more boundaries than many female wrestlers can lay claim to. She enjoyed a very successful career and established a reputation for herself as one of the most dominant superstars in history.

If one Diva can be used to define WWE’s “Attitude Era”, then her name should be Sable. Although she started as a valet, her fame quickly outshined the men she managed and catapulted her to the top of WWE and she remained there for the many years of her career.

Sable could do a lot as a superstar. Her ability to kick the head of even top wrestlers in her category can’t be taken for granted. She is a winner of the Women’s championship, claiming other belts as well to secure her place among the greatest female stars of all-time.

This is one of the few superstars on this list that many will be familiar with. To a lot of WWE fans, Sweet Saraya is simply known as Paige’s mother. But there’s more to her than what many people know. Given what she accomplished for many years, she’s a legend in the squared circle.

Sweet Saraya’s character contradicts her name. There’s simply nothing sweet about her. She’s scary, fierce and also menacing. She refused to go to the so-called ‘big leagues’. Rather, she decided to stick to her roots and built a dedicated following.

Daughter, Paige, has stated in several of her interviews about how she had been wrestling as a fetus as her mother fought in the ring without even realizing that she was pregnant. Although she’s fought in many violent matches, the chill in the spine she brings forth is mainly because of her presence. Her no-nonsense look, her red hair and her kohled eyes build her into a superstar you don’t want to mess with.

One of the most entertaining female wrestlers in history, Sherri Martel could do almost everything in the squared circle. The legendary superstar spent most of her early career in the AWA, kicking the head and pulling the hair of superstars like Candi Devine, Madusa Miceli and anyone who got in her way.

She had a WWE debut to remember, defeating her mentor, the Fabulous Moolah to claim the Women’s Title in 1987. She was a force to reckon with in the Women’s Championship regardless of the promotion she was working with.

Although Charlotte Flair just recently cemented her place on WWE’s main roster starting from 2015, she has already established herself among the greatest female wrestling superstars of all-time. She is also one of the few names on this list who are still participating actively in the ring at the moment.

Just like her Hall of Fame father Ric Flair, Charlotte has built herself as an extremely talented and well-rounded performer. She is very athletic, phenomenal on the microphone, and can be relied on to deliver a fantastic display at any time.

Given her exploits in the ring since she stepped into the spotlight, Charlotte Flair deserves a mention whenever the greatest superstars in the female category of wrestling are being honored. Still active and kicking in the ring, the superstar can go even further in her career.

This is one of the few names that many wrestling fans will be keen to see on this list. Especially those that were glued to their TV Screens watching performances of the legendary superstar in the ring during the past two decades.

Beth Phoenix may already have been inducted in the WWE Hall of Fame, but that hasn’t stopped her from continuing to build on her wrestling legacy. “The Glamazon”, as she is fondly called by her fans, is a three-time WWE Women’s Champion and was also one of the youngest female superstars to be inducted into the WWE Hall of Fame.

Phoenix helped to eliminate the popular myth that strong women cannot be feminine. In 2010, she became just the second woman to enter (the men’s) Royal Rumble. Her hard-hitting style and powerhouse build made her one of the top stars of the WWE in the late-2000s.

We’ve witnessed a lot of fantastic talents in the female category of wrestling who entertained us with their spectacular talents over the years. But, when it comes to rating the ones that stood out, only a few can be compared with the phenomenal Lita.

Lita is one of the many deserving Hall of Famers on this list, courtesy of her spectacular exploits in the squared circle. She was a huge force during her time in the WWE, managing to claim the WWE Women’s Championship on four occasions. Although she is already in her late forties, she still performs for the audiences from time to time.

A native of Fort Lauderdale, Florida, Lita was one of the first female high-flyers to become a famous star. She was also one of the most entertaining superstars the female category of WWE has witnessed. Her peak years came during the Attitude Era but she will be remembered for long for her amazing achievements.

Take it or leave it, there is no way this iconic superstar will not enter into this list. Fabulous Moolah is one of the few names that come to mind whenever the debate for the greatest women in the history of wrestling comes up. There’s no doubt the legendary superstar set the standard for women in wrestling.

She was without doubts, the best female wrestler for several decades and she also remains the longest-reigning champion; not just for wrestling, but for any sport, holding the Women’s Championship in her hands for nearly 30 years.

The Fabulous Moolah was also the first female superstar to be inducted into the WWE Hall of Fame. Thanks to her unbelievable exploits in the ring, she holds a place among the greatest women the world of wrestling has witnessed over the years. It will surely take a long time before some of her records can be broken.

if you are considering the greatest female superstars in wrestling history, you might not need to go far before finding one who is a perfect option to place on the list. WWE’s Becky Lynch is one superstar that belongs in this category.

Already among the greatest performers in the squared circle, if she maintains her current momentum, no one can predict how far she can go. “The Man”, as she is popularly known, is a four-time WWE Women’s Champion and she recently made history by unifying both the Raw and SmackDown titles at WrestleMania 35. Becky Lynch is also one of the first two women in history to headline The Show of Shows.

Besides her kicking and punching in the ring, the “Irish Lass Kicker” has become one of the finest performers on the mic and she also has a social media game that’s second to none among her colleagues in the female division.

One of the most famous and hottest WWE Divas in history, Trish Stratus helped to set up the sexy, strong and smart diva angle WWE now uses. Although she started as a manager, she was an instant hit immediately she made a walk into the squared circle.

Trish Stratus rapidly became the best Diva, claiming the Women’s Championship an unbelievable seven times and placing her name in the history books as a result. She won many top titles, beating the hell out of her rival superstars and established herself as a dominant figure in the world of women wrestling.

Thanks to her incredible performances in the ring and her abilities on the mic, Stratus has secured her place among the greatest female wrestlers of all-time and she definitely deserves her spot on this list.