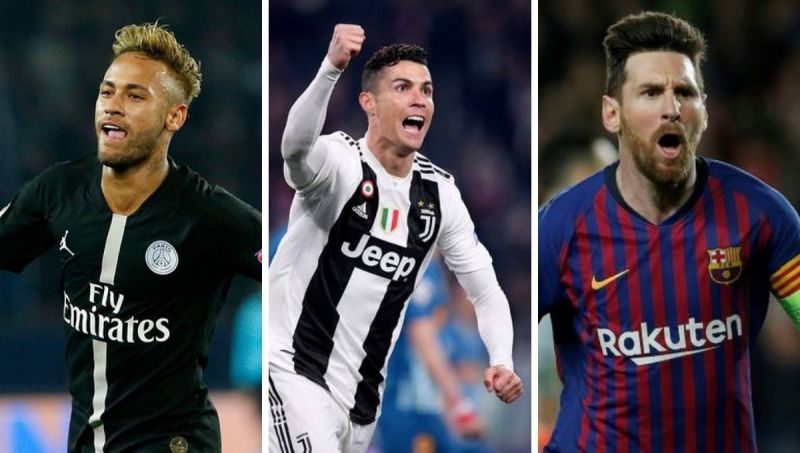 The game of football is easily the most followed and popular in the world, with global followership running into its billions and fans tuning in from all corners of the planet to watch their favorite teams.

This has concordantly led to an increased commercialism of the sport, with there being more money than ever before in the beautiful game.

Given their statuses as gladiators and protagonists of the game, it stands to reason that footballers are highly rewarded for their efforts, as it is they who make the dreams of fans come true with their performances on the field.

However, like in every other profession, all footballers are not equally remunerated and varying factors such as talent level, age, performance, marketability amongst others are heavily considered before deciding on a player’s pay bracket.

Generally, players’ salaries have seen exponential growth in the last 15 years and footballers are today earning amounts that would have been considered unbelievable in the not too distant past.

Here at Sportszion, we shall be taking a look at the top 10 highest-paid players in the world at the moment.

Note: Figures correct as at the time of writing 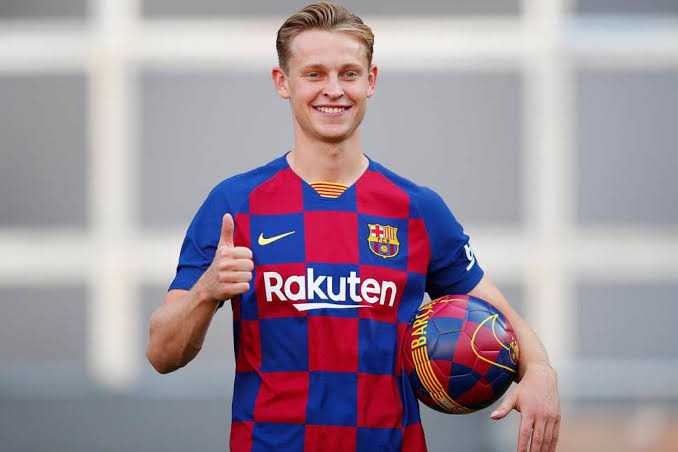 Childhood friends Frenkie de Jong and Matthijs de Ligt both played starring roles in Ajax’s fairytale campaign in the 2018/2019 season which saw them win a first domestic double for the Dutch giants in over 15 years as well as make it to the semifinal of the Champions League.

De Jong acted as the orchestrator in midfield, while de Ligt was the defensive marshal and skipper, combining his defensive duties with crucial attacking goals.

Given their form, it was expected that Europe’s biggest clubs would swarm around them and the former was the first to be signed, with Barcelona shelling out the sum of €75m for De Jong’s services in January 2019 to be completed over the summer.

In the case of Matthijs de Ligt, his transfer was one of the biggest speculations of the summer, with virtually every top club linked with his signature but he eventually settled on Juventus, as the Italian champions were willing to pay him more than anyone else.

A breakdown of their contracts excluding performance-related bonuses and other incentives reveals that the two Dutch internationals have a similar annual salary capped at €16m per annum or €307,692/ week, which is a vastly significant raise from the modest sums they were earning at Ajax. 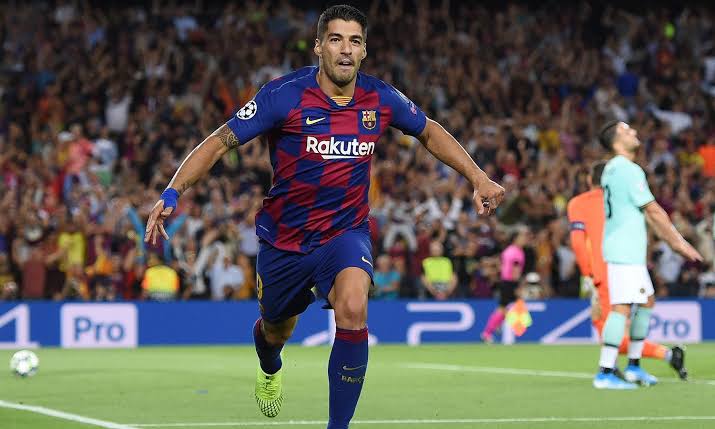 Luis Suarez is easily the best striker of his generation and he took his goalscoring exploits to new heights upon joining Barcelona, helping the Catalans club to numerous trophies in his time at Nou Camp including a treble in his very first season.

Even though he would turn 33 next month, the Uruguayan international has shown no signs of slowing down and has scored 10 goals from 14 matches in the current campaign.

He signed a new contract two years after arriving in 2016 which would see him remain at the club until 2021 and considering that he has scored almost 200 goals in the colors of Barcelona, it is highly justified that he earns the sum of €321,153 weekly. 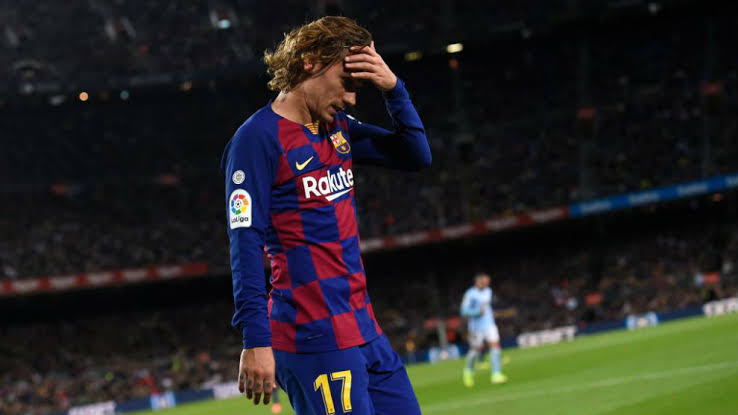 Antoine Griezmann’s transfer from Atletico Madrid to Barcelona was one of the more protracted of the summer, with accusations and counter-accusations threatening to hinder the move.

The deal was finally gotten over the line when Barcelona paid the full value of his release clause put at €120m and the French international was consequently made the second-highest-paid player at the club, receiving the sum of €17m per annum.

Griezmann has, however, failed to translate this into performances on the field and he has shown signs of struggles so far in his Blaugrana career but fans of the club would hope he comes good to aid in their quest for glory on all fronts. 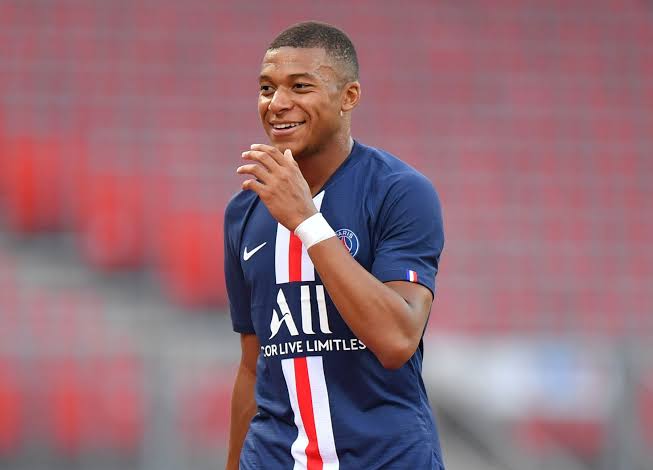 Kylian Mbappe’s breathtaking displays en route Monaco’s run to the Champions League semifinal in 2017 instantly put his name on the lips of everyone and it is hard to remember a teenager generating as much buzz as he did in such a short timeframe.

It came as no surprise when PSG signed the prodigiously talented Mbappe in the summer of 2017, making him the second-most expensive player in history and since then, the French international has grown from strength-to-strength, setting numerous records and establishing himself as a bonafide superstar.

He is also rewarded accordingly and is currently the seventh highest-paid player in the world, earning the rather hefty sum of €17.5m every year which is broken down to €336,538 every week. Not bad, considering that Mbappe is just 20 years old. 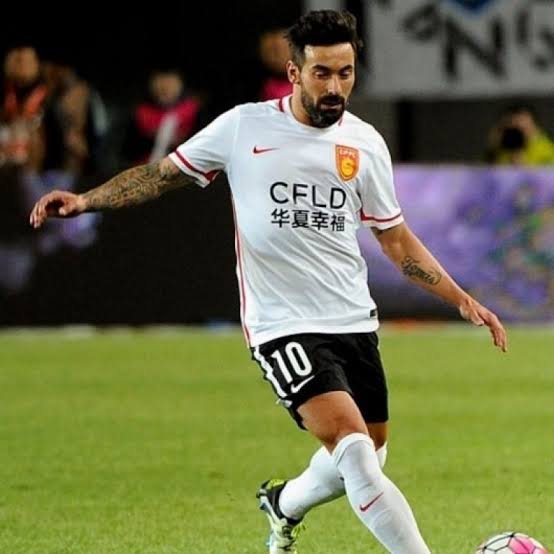 Ezequiel Lavezzi starred in Europe first with Napoli and then with PSG, winning many admirers for his energetic displays on the flanks and passion with which he played the game.

However, the former Argentine international turned his back to the prestige of European football, favoring a last big payday in China when he signed for Super League side Hebei China Fortune in 2016.

Though the transfer took him off the mainstream radar, Lavezzi’s bank account is undoubtedly better off, as he currently earns a massive sum of €444,230 every week. 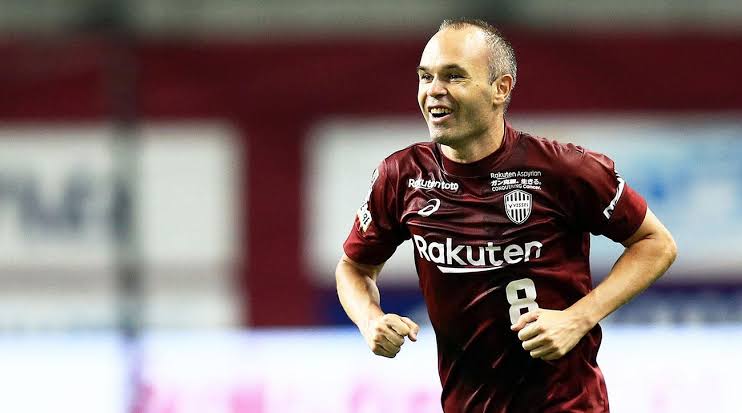 For almost two decades, Andres Iniesta represented Barcelona and the Spanish national team with distinction, winning everything there was to be won at both club and international level and he is widely considered to be one of the greatest players in history.

In light of all his achievements on the biggest stage, the diminutive magician can be forgiven for seeking one last big payday and that came in the form of a transfer down east to join Vissel Kobe of Japan.

At the club, he teamed up with former Barcelona teammates avid Villa and Sergi Samper and even though results on the field have not exactly been great, there is no denying that Iniesta has earned the right to command his weekly wages of €519,230. 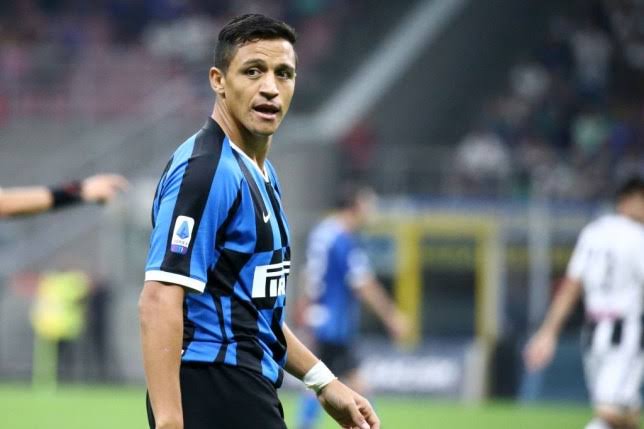 Alexis Sanchez was the subject of a bidding as the two Manchester clubs went head-on in their battle for his signature, but it was the red half of the city that ultimately triumphed and in the process, the Chilean international was made the highest-paid player in Premier League history.

His spell at Old Trafford was, however, one to forget and it saw Sanchez struggle horribly for form and he looked a shadow of the player who tore defenses to shreds at Arsenal.

The former Barcelona man scored just five goals from 45 appearances and was subsequently loaned out to Inter Milan in the summer of 2019, but the Premier League outfit are still paying a significant chunk of his hefty salary of €28.8m per annum. 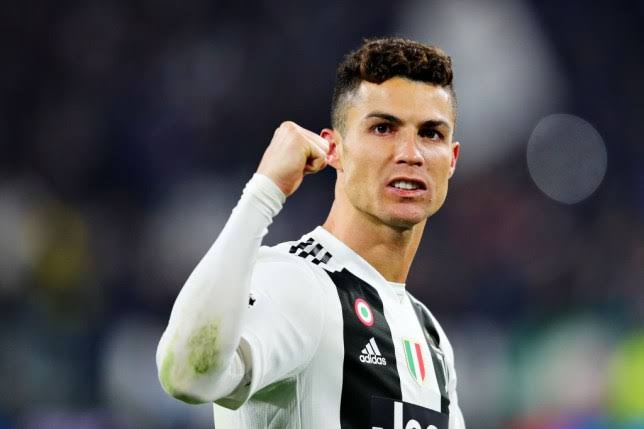 With 99 international goals scored, Cristiano Ronaldo is the second-highest scorer on the international scene and there is every possibility that he would retire as the most lethal marksman in that category.

It is, however, not only on the international scene that the Madeira native has flourished and his club career, which has seen him represent sides like Manchester United, Real Madrid, and Juventus has been nothing short of brilliant.

Ronaldo’s numbers and achievements are well documented and when he transferred from Real Madrid to Juventus in the summer of 2018, the Madeira native attempted to rewrite a new chapter in his illustrious career.

Though he took a pay cut to join the Italian giants, the 34-year-old’s bank account is compensated by the fact that Italy has less stringent tax rules than Spain and Ronaldo would still pocket a large chunk of his €596,153 weekly wages, as well as the money from his numerous other endorsement deals. 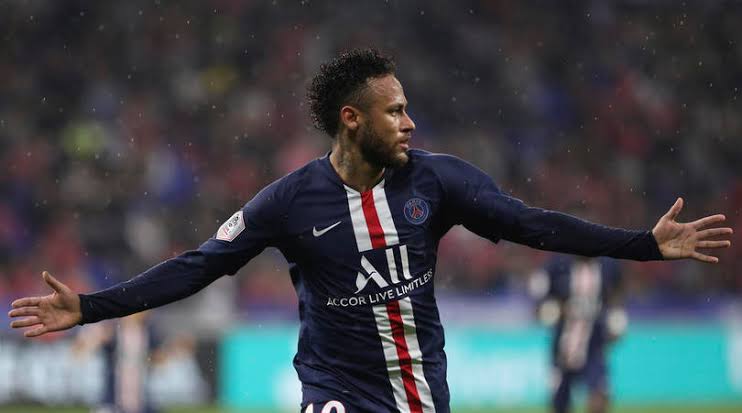 Neymar was made the most expensive player in history when PSG paid Barcelona the unbelievable sum of €226m to trigger his release clause and with domestic supremacy already guaranteed, it was expected that the Brazilian international would tick the right boxes and bring the long sought-after Champions League trophy to the capital of France.

It has, however, not panned out exactly to plan and Neymar’s time in Paris has been beleaguered by several off-field incidents and fitness issues that have seen him miss significant chunks of PSG’s marquee fixtures.

During the last transfer window, the 28-year-old was embroiled in a very messy dispute that saw him publicly championing a transfer back to Barcelona – which he referred to as his ‘home’ – and this shambolic display was seen as an act of betrayal by PSG’s fans, leading to them branding him all sorts of unprintable names upon his return to the field. 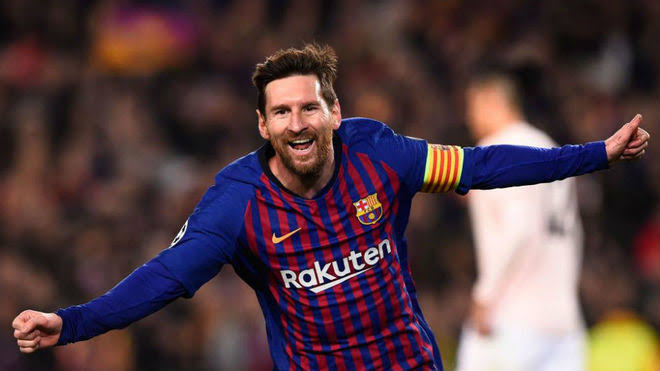 There could only be one name topping this list and there would have been no prizes for guessing who he is. Lionel Messi is unarguably the best player in Barcelona’s history and it is undebatable that all the successes enjoyed by the club in the last 15 years have been down to his extraterrestrial abilities.

The Argentine international is the club’s record goalscorer with 624 goals and is fast closing in on Xavi’s record number of appearances, while he also leads the way in other areas like assists, trophies won, and number of individual records.

Although his international career has not been as great, Messi is well guaranteed of his place in the annals of football history and despite being 32 years, the Rosario native continues to be the standard-bearer and is currently leading the charge as Barcelona seeks glory on all fronts in what is his 16th season with the club.