10 unknown facts to know about Neymar 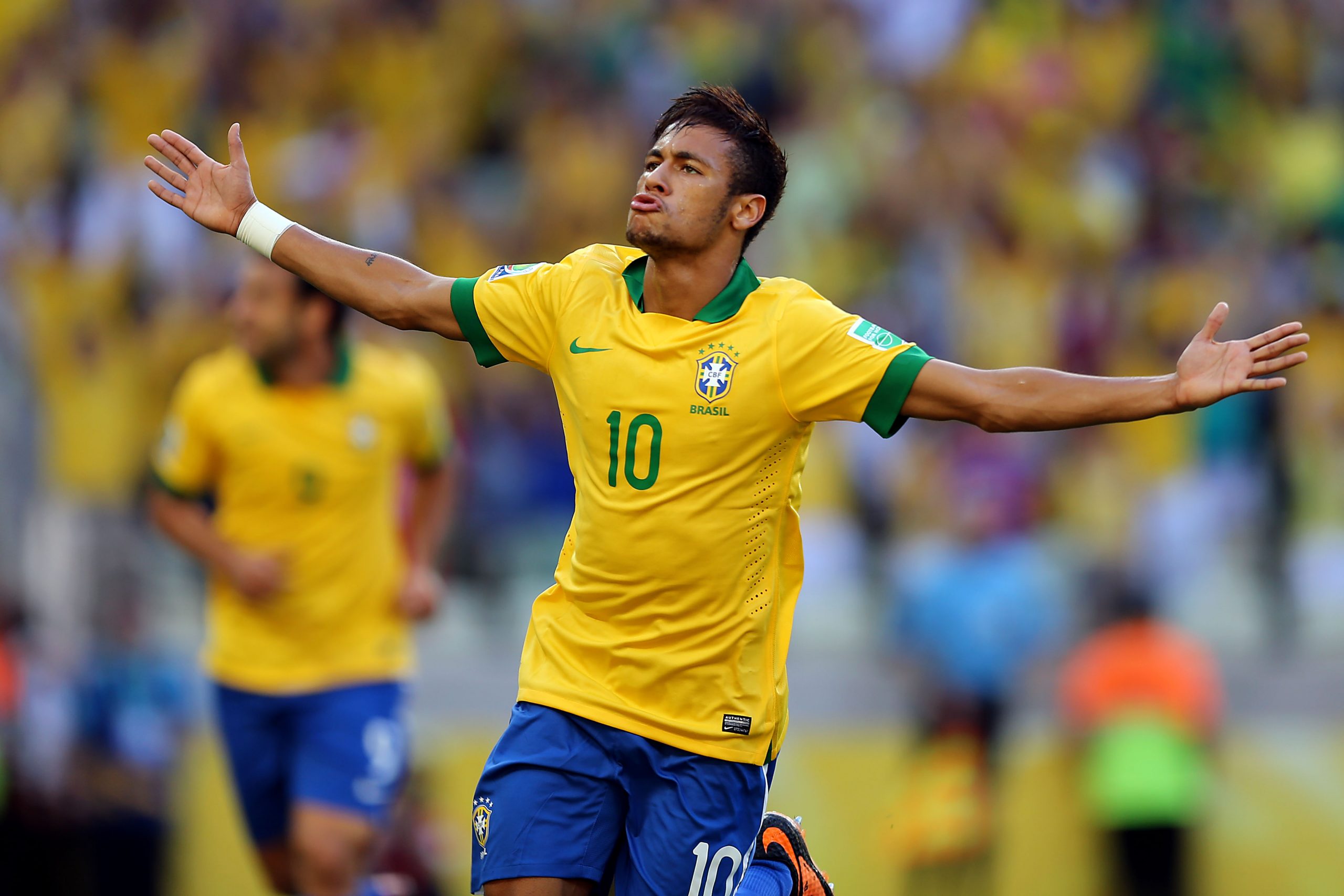 Neymar is one of the most universally acclaimed sportsmen, with his otherworldly ability and viable marketability making him a recognizable face.

The 27-year-old began his career with Santos where he showed signs of his early promise, prompting a controversial transfer to Barcelona in 2013 from where he rose to the summit of the game before a world-record move to PSG.

Though his transfer to France is yet to reap dividends, chiefly due to niggling injuries and off-field controversies, there is no denying Neymar’s obvious talent.

The Mogi das Cruzes native has also starred on the International scene for Brazil and with 61 goals from just 101 matches for his country, he is the Samba Boys’ third-highest goalscorer in history, with Pele’s record of 77 very well within reach.

Neymar’s insane popularity has led to a lot of interest in him, with fans clamoring to find out what his off-field interests are, and the women he dates.

While some facts such as his salary and date of birth might be easily accessible at just the click of a mouse, there are some lesser-known information about the PSG star.

Here at Sportszion, we shall be having a rundown of 10 unknown facts about Neymar da Silva Santos Júnior.

#10 He enjoyed playing FUTSAL and street football as a kid 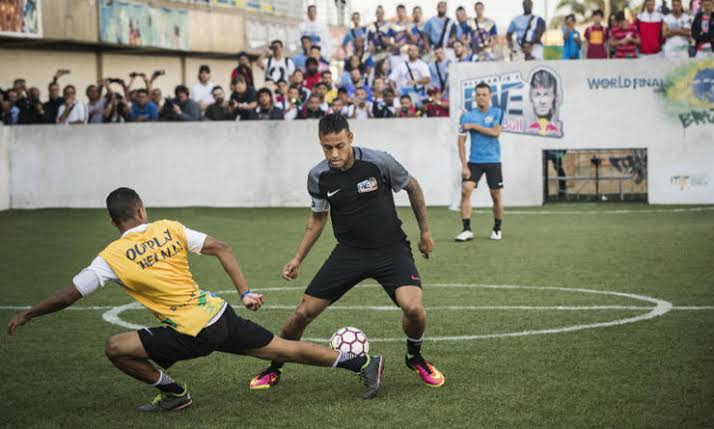 Football is almost a religion in Brazil and it is not an unfamiliar sight to see young boys in the country kicking improvised balls around in the street, particularly among the lower-income families.

Neymar was no exception and he has admitted to enjoying street football with his peers while growing up in the Sao Paulo region.

He also showed great affinity for FUTSAL – an indoor five-a-side variant of football that favours ball control and passing in small spaces – the game’s “emphasis is on improvisation, creativity, and technique.”

It is no wonder that Neymar turned out to be an extremely talented and skillful footballer, having learned the basics of close control and improvisation from his days of playing street football and FUTSAL.

All of his tricks and flicks were on display en-route him scoring a wonderful solo goal for Santos in 2011 which was voted as the Puskas winner. 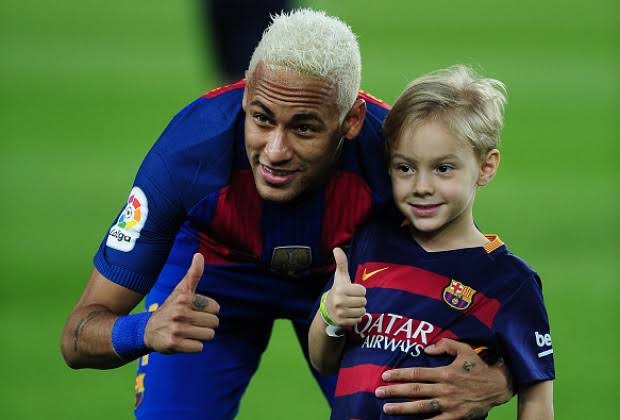 The popularity and fame enjoyed by professional footballers make them easy attractions for women all over the world and it is not an unfamiliar sight to see footballers dating the most beautiful women on the planet.

The consequent effect of this is that more often than not, footballers become fathers out of wedlock and Brazil has had more than its fair share of players embracing fatherhood before taking their marital vows.

While still a teenager with Santos, Neymar announced the birth of his son with then-girlfriend Carolina Dantas on social media.

He seemingly shares a close bond with his son Davy Lucca, regularly posting photographs with him, while the 8-year-old is also a frequent fixture at his father’s title celebrations.

Neymar also has a dog as a pet, a Golden retriever named Poker. 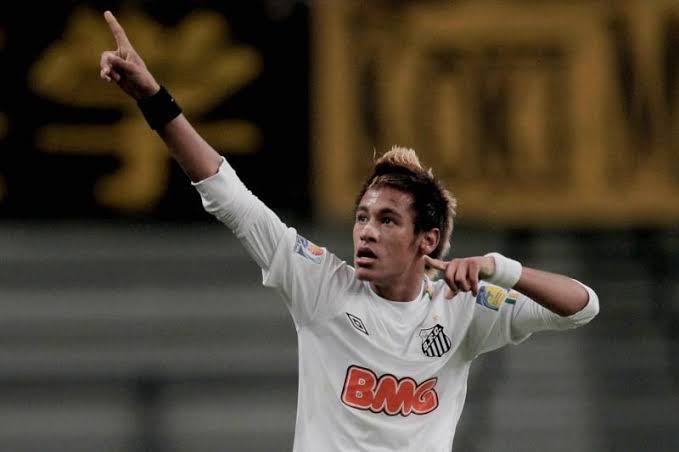 As stated earlier, Neymar showed an immense amount of promise from a tender age and was incorporated into the first team of Santos aged just 17, making his debut on March 7, 2009, and scored his first goal a week later.

He helped fire Santos to their first Copa Libertadores win since 1963 in 2011 aged just 19 and remarkably, he scored the 100th goal of his professional career a year later exactly on his 20th birthday in a game against Palmeiras in the Campeonato Paulista.

At age 20, a lot of people are not exactly sure of their path in life, but Neymar was already living the dream and he has gone on to score over 350 career goals, to show that he was not just a one-hit-wonder. 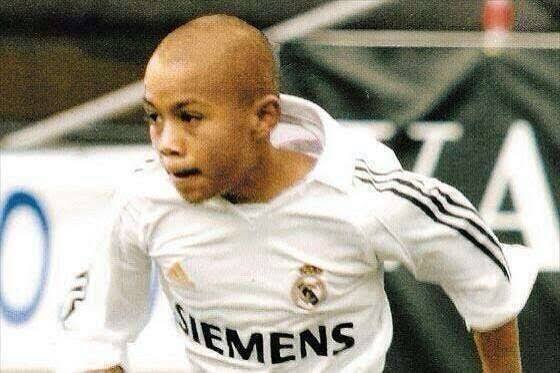 Given Neymar’s unbelievable talent, it was expected that European sides would be keeping a tab on him and it was not long before a club from across the Atlantic submitted an official bid for him.

It was, however, not from one of the established powerhouses that many would have expected, with Premier League side West Ham the first to officially bid for the services of Neymar.

The Hammers were so convinced of the then 18-year-old’s abilities that they were willing to break their club transfer record to pay £12m for him, with Chelsea reportedly offering £20m later on for his services, both of which were turned down.

However, four years earlier, a 14-year-old Neymar had gone on trials with Real Madrid and trained with superstars like Raul Gonzalez, Zinedine Zidane, and David Beckham, but his parents felt he was too young to go overseas without their supervision. 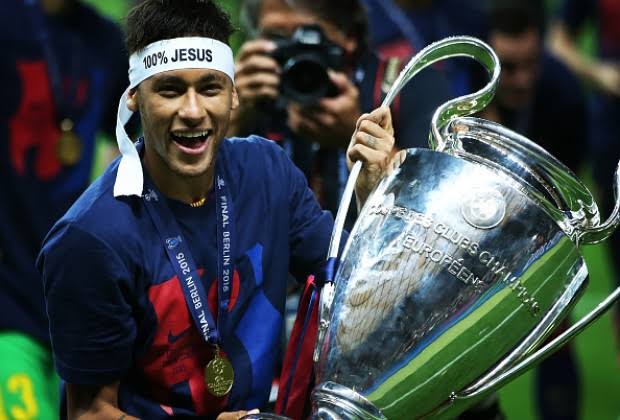 Neymar was voted as the best player in the tournament after guiding Santos to a first Copa Libertadores since 1963 in 2011.

Four years later, he was part of the Barcelona squad that triumphed over Juventus in the final of the Champions League in Berlin.

In doing so, he joined a pantheon of nine illustrious players to have won both the Champions League and Copa Libertadores, while his goal past Buffon in injury time saw him become the first player to score in victorious finals of both competitions (Hernan Crespo scored in the two finals, but lost the 2005 edition to Liverpool).

Time magazine is one of the most prestigious magazines in the world, with readership running into hundreds of millions every around the globe and Neymar made history as the first Brazilian athlete to grace the cover of the magazine in 2013.

Every year since 2004, Time has provided a list of 100 individuals which it considers to be the most influential, whose decisions have impacted the lives of people around the world.

Making the Time 100 is considered one of the highest honors in the world and some of the most famous and influential people in history have been named on the list.

In 2017, Neymar found himself in the company of the most powerful people in the world when he was named on the Time 100 for the year alongside illustrious names like Xi Jinping, Vladimir Putin, Pope Francis, Jeff Bezos, Lebron James, and Donald Trump.

He joined Lionel Messi and Cristiano Ronaldo as the male footballers to have made the list, with Mo Salah repeating the feat in 2019. 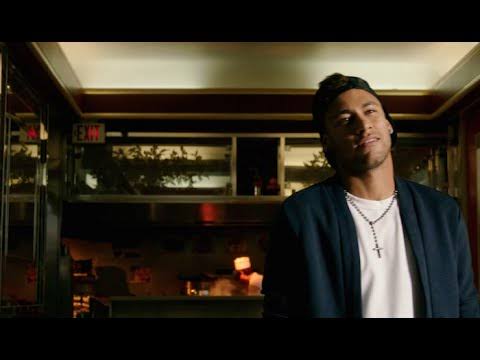 He had also appeared in some music videos back home for musicians including João Lucas & Marcelo and MC Guimê, while also starring in few Telenovelas like fdp and Money Heist.

Personally, Neymar is a big fan of the DC hero Batman, regularly posting Dark Knight related memorabilia on his social media account, while Flash, Gotham, and Game Of Thrones are his favorite TV shows

#3 He holds record for fastest Olympic goal in history

Neymar had a first taste of the Olympic Games when he was included in the Brazilian squad for the 2012 Olympics in London.

The former Santos man was the star of the show, putting in several man-of-the-match performances as Brazil made it to the final where they suffered heartbreak in a 2-1 loss to Mexico to prolong their wait for Olympic Gold medal.

Their wait for the only elusive medal in football was to be ended four years later on home soil, with Neymar as captain of the side and one of the three over aged players.

In the semifinal, Neymar needed just 14 seconds to open the scoring in what was an eventual 7-0 rout of a hapless Honduras side.

The goal was the fastest ever recorded in Olympic football history and it was made all the more significant a few days later when Neymar himself scored the winning spot-kick against Germany to give Brazil her first Olympic gold medal.

#2 He has more than 40 tattoos spread across his body 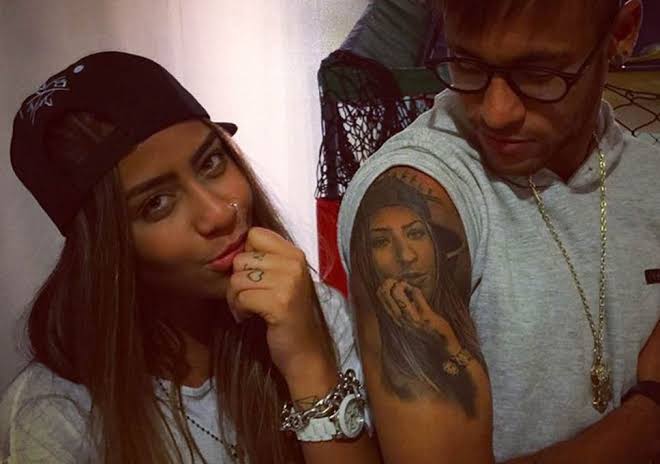 Footballers are regular visitors to tattoo parlors to have ink scrawled across their bodies and Neymar is no exception, with the Brazilian international currently displaying over 40 tattoos on different parts of his body.

Virtually every space on Neymar’s body is covered in ink, with his arms, back, shoulders, legs, neck, and fingers all bearing different signs and symbols.

Expectedly, the various insignia and words on Neymar’s body all have underlying messages and stories to tell, with his mother, father, son, sister, and even Batman and Spiderman among those referenced by his tattoos.

Neymar’s sister Rafaella is very close to him, with the superstar considering her to be his closest friend and it comes as no surprise that she is referenced a lot on his body, with over five tattoos bearing direct references to her.

His career achievements are also not left out, with tattoos commemorating his Champions League and Olympics triumphs, while other tattoos contain words of wisdom and motivation.

#1 His left foot is 0.5 cm shorter than his right foot 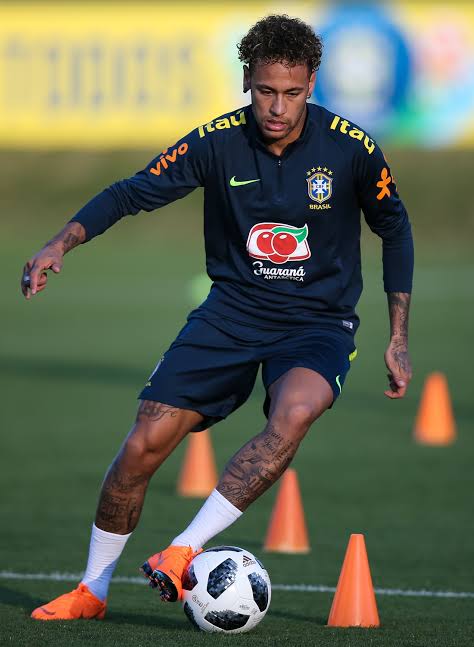 Rather curiously, Neymar’s left foot is half a centimeter shorter than his right foot, but that has not stopped the 28-year-old from rising to greatness and despite the ‘deformity’, he is still extremely proficient in the use of both feet and is one of the world’s most ambipedal players.