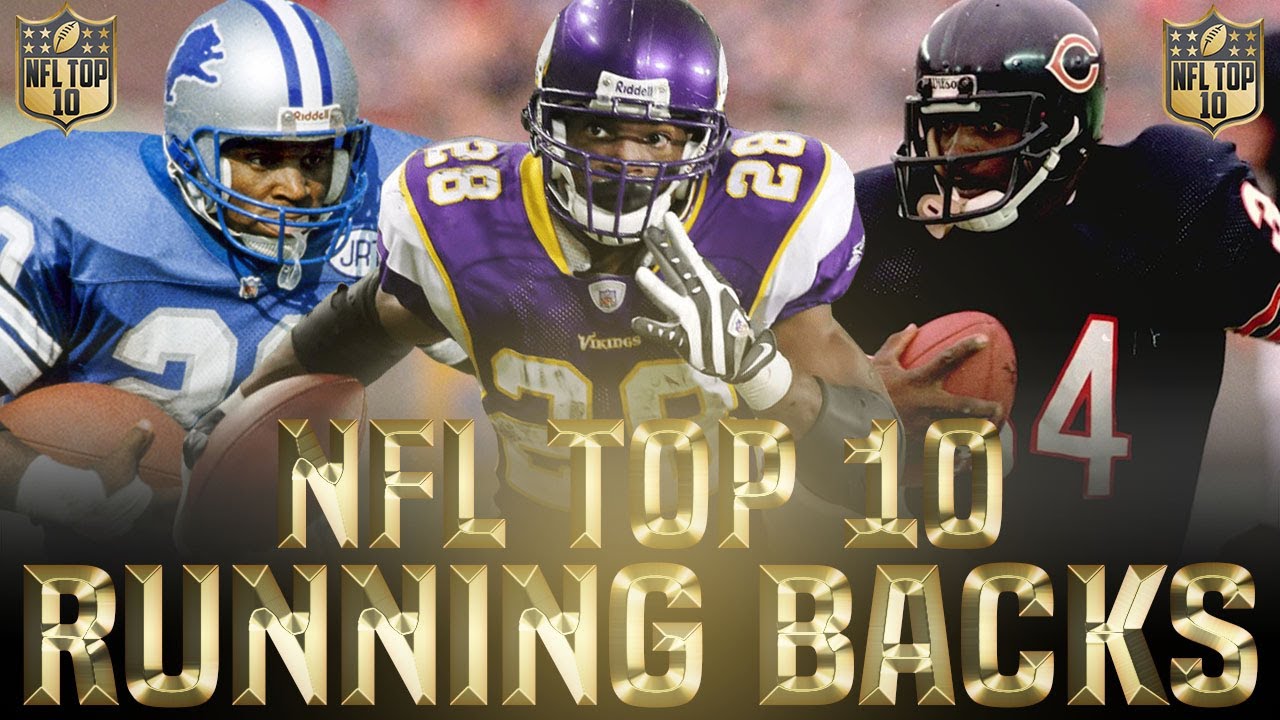 Running back position in the NFL has a different value in terms of skills and features. Among all those debates on which one is our favorite team or who is the favorite of all, the NFL followers would never miss the hot contest of best running backs of all time.

Over the years, the position has proved the vitality which happens to be the overwhelming difference-maker. Undoubtedly, big pass games are full of excitement, but nothing can beat the scene where a running back is moving with all his heart to build up a defense. 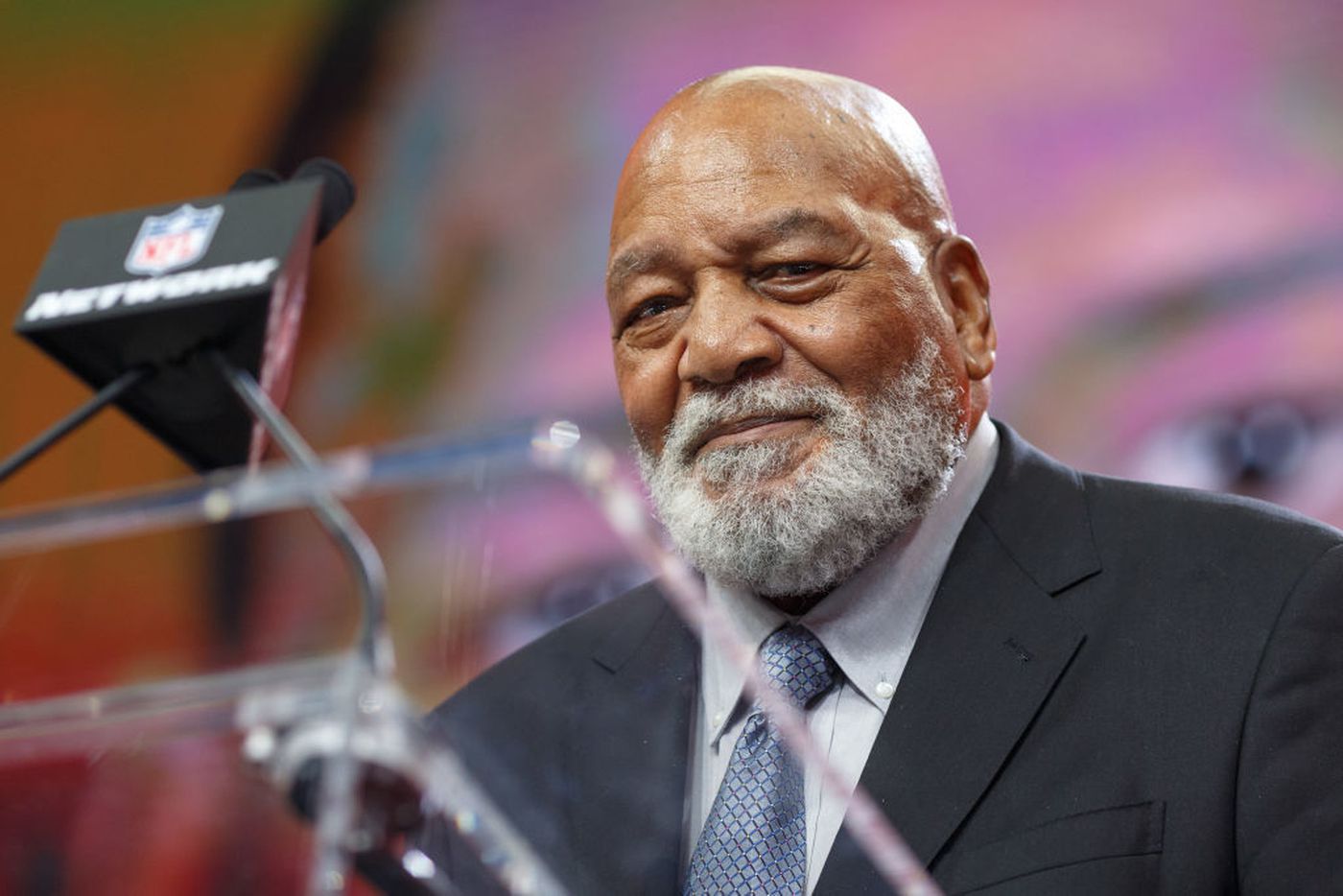 Often we get to hear the name of Mr. Jim as one of the top running backs ever. The rugged African-American man did not appear before the world through NFL first, instead, he showed up as an actor in 1964 in a movie named Rio Conchos.

Later, he also portrayed running with the ball as art and continued up to nine long years. His 104.3 yards per game record is still one of the best in history. In those nine years, he never missed being the starting running back for his team.

He was a fantastic runner who rushed for more than 1,000 yards in seven seasons and established NFL single-season records by rushing for 1,527 yards at that time. One hell of a player was Jim, who never missed any of his seasons due to injury. Despite playing nine seasons, he retired with a massive, glorious career that stood for 19 years. 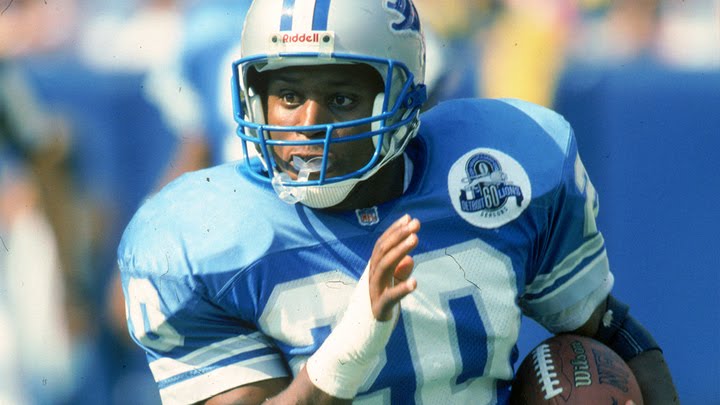 Detroit Lions’ one of the most successful phases has coincided with Barry Sanders’ career. He assisted the team in rushing four times and was selected every year for the Pro Bowl. But frustration with Detroit’s failure to build a contender led him to retire after ten seasons.

Sanders became the first NFL running back to record five 1,500-yard rushing seasons, in addition to being the only back to do so in four consecutive seasons for Detroit. The most stunning fact of his remarkable career, happened in 1997 when he rushed for 2,053 yards and gained another 305 yards on 33 catches.

That year, Sanders, the most ‘Valuable Player’ of the league, added more than 100 yards rushing in an NFL record. 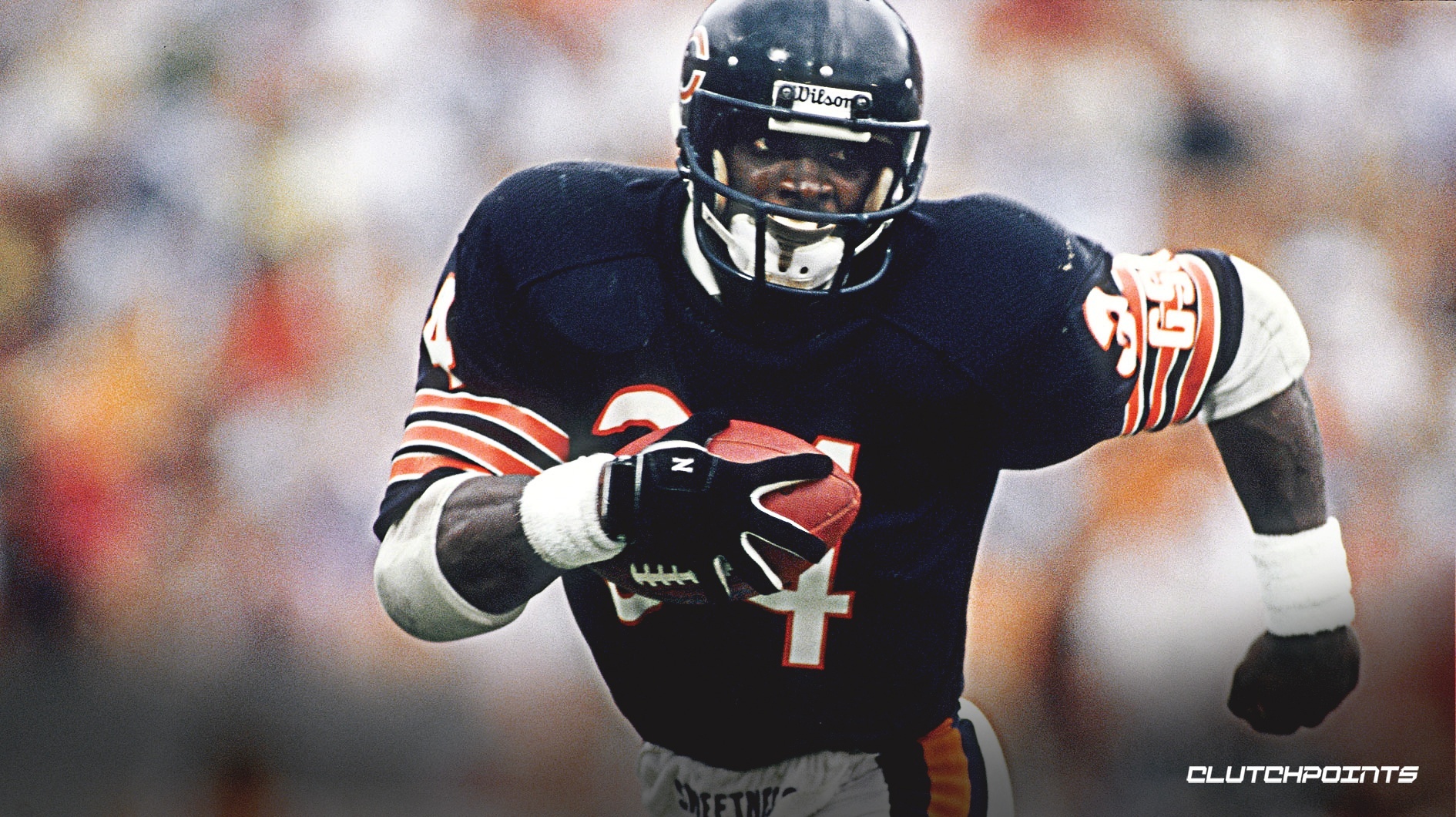 Payton was one of the best and well-known RBs who emerged gracefully, not for only one position rather as a blocker, rusher, even passer and what not. He became the master of his pinball running style, in which he often bounced off. The player paid equal attention to his off-season training regiments that contributed to his durability.

As the youngest player, Walter received the MVP award at the age of 23. In his entire career, he only missed one game due to inconvenience. He created a new milestone for his own career in 1984 against Orlean Saints, which even crossed Jim Brown’s 12,312 records.

Since then, no one could beat his incredible 16,726 yards record which earned him a place in our top 10 best running backs of all time list. His fellow teammates and game officials of the Chicago team always expressed gratitude towards him for giving the team so many achievements in his lifetime. But to everyone’s utter surprise, this gigantic player embraced death struggling with the rare liver disease for several months in 1999. 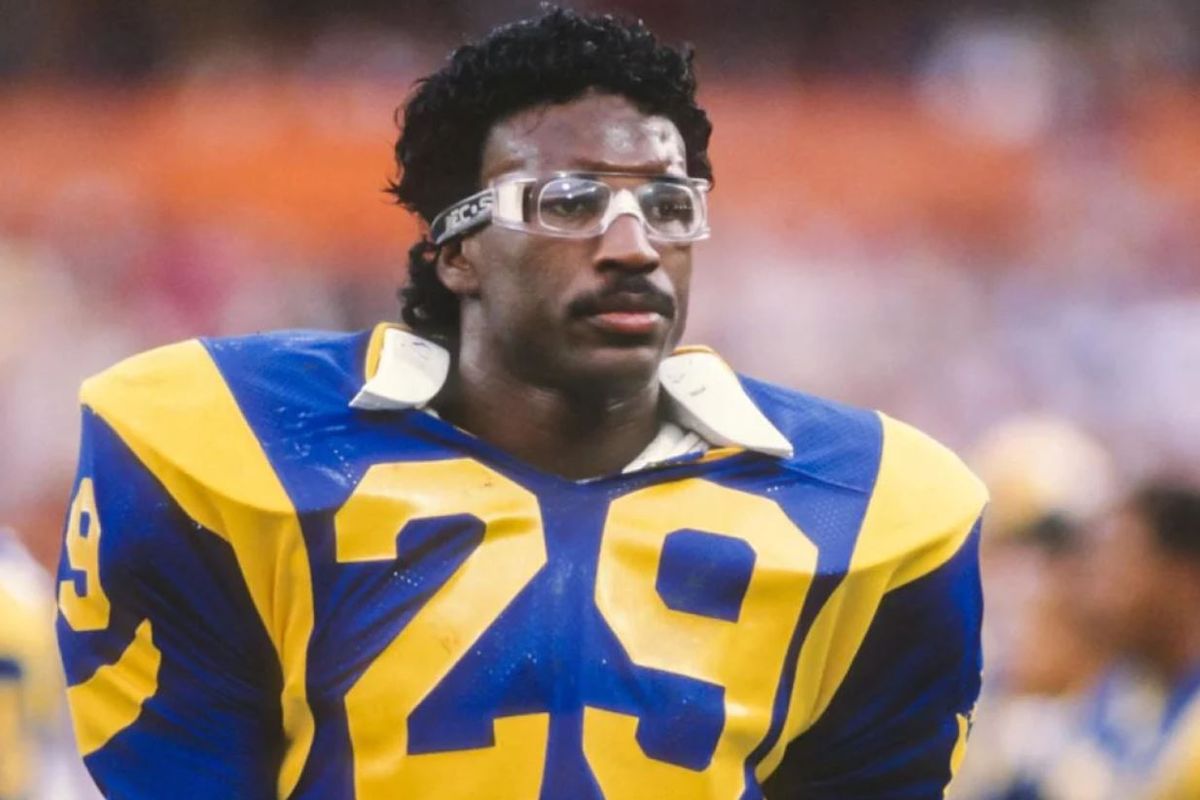 Eric Dickerson happens to be one of those top running backs and insane athletes who can say they created an unbreakable record. But Dickerson was not a one-season charm, as he completed more than 13,000 career rushing yards and 90 touchdowns. Can you believe that In his second year of the career, Dickerson broke O.J. Simpson’s single-season rushing record with 2,105 yards?

“People talk about the greatest runners. Some say Walter [Payton] is the best, some say O.J., some may say me, some say Jim Brown. I just say I’m good.”- Dickerson gave this statement once after being asked about his excellence.

After playing just three games with the Rams, Dickerson was traded to the Indianapolis Colts, signing a massive and blockbuster deal. Although he played in only nine games with the Colts that year, he still succeeded in gaining 1,011 yards to finish the season.

Throughout his life, Dickerson contributed towards humanity more than anyone on or off the record. In August of 2000, Dickerson helped nineteen-year-old Troy Mikolyski of California, who had been fighting leukemia since age 12, needed a bone marrow transplant. He kept hosting many events to raise funds for needy people. 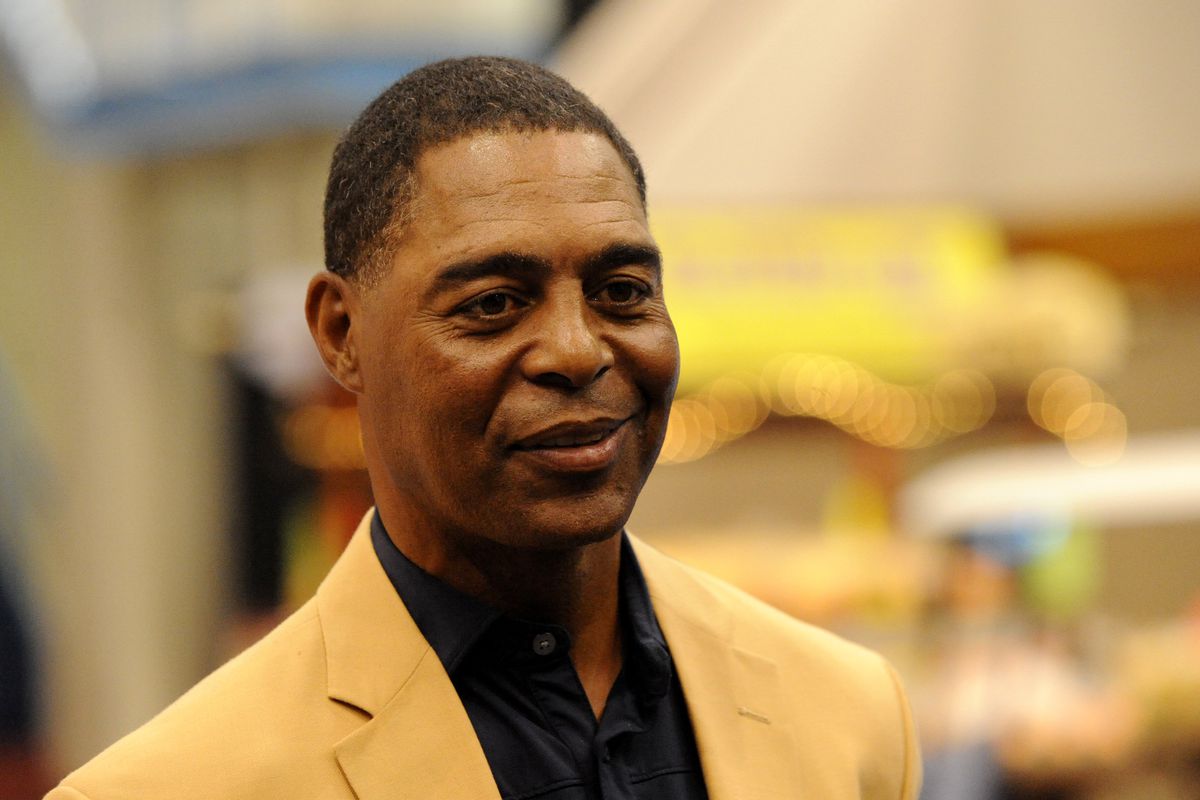 Allen moved to fullback during his sophomore years, even after a lot of hardship and punishment. But he thought that it would be wiser to help Charles White to win the Heisman Trophy for sure rather than occupying the bench.

Even after being injured, he passed the season by blocking. Allen was named the starting tailback but criticized for not performing as spectacularly as White in his junior years. Despite many controversies and complaints, Allen entered the 1981 season proclaiming that he would gain 2,000 yards, which was supposed to be a new record of that time.

He finished his NFL career with 17,654 yards from scrimmage and became a football analyst for CBS by signing a professional contract worth $1 million. His 123 career rushing touchdowns were a league record at the time he retired. And surprisingly, he still sits at fifth all-time in playoff considering the histories of rushing yards. He also grabbed a Super Bowl ring, two All-Pro selections, and NFL MVP honors before signing out from the game. 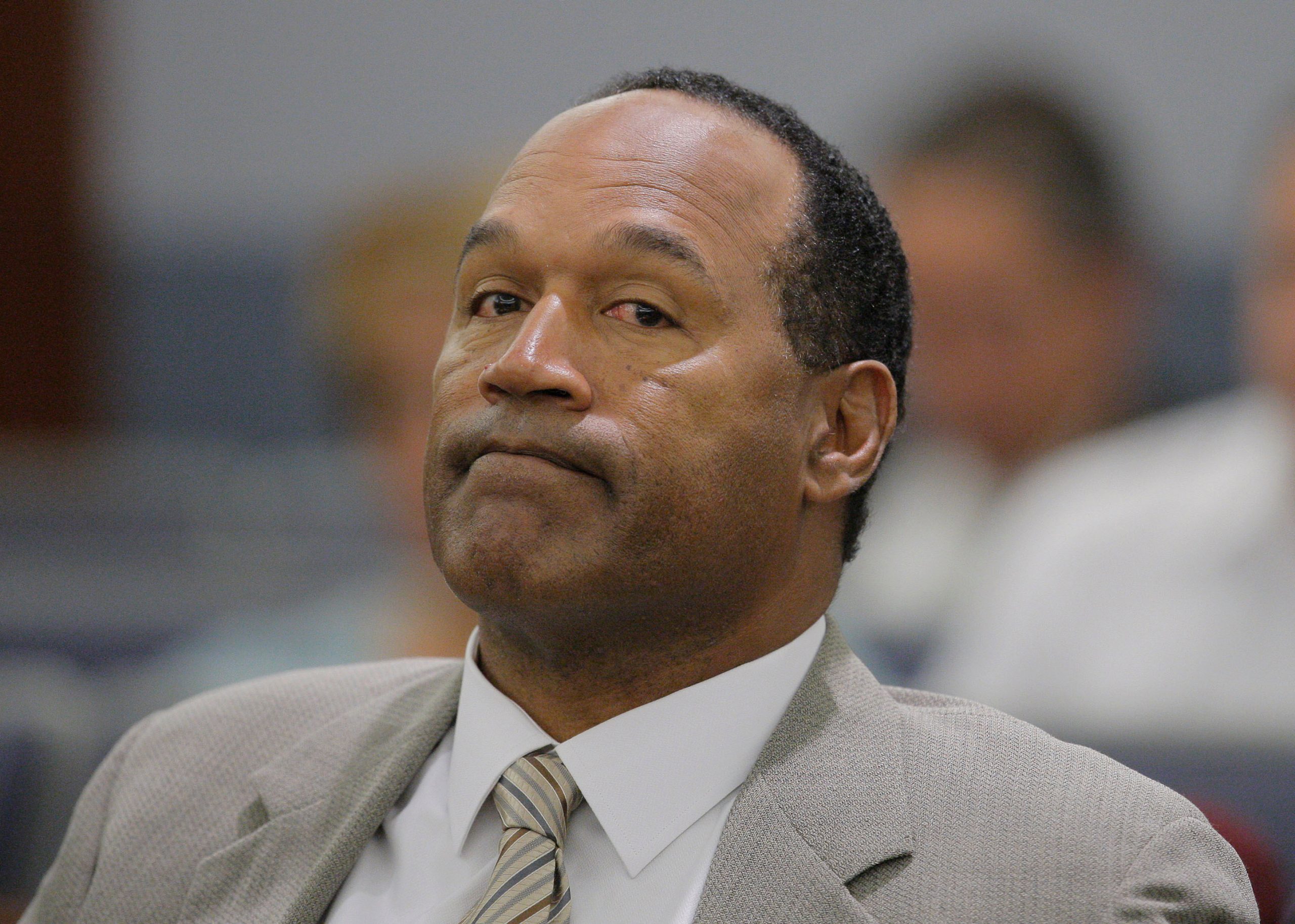 Years after his NFL career, it’s become difficult to separate Simpson, the player from Simpson, the person now. Popularly known as ‘Orange Juice,’ as his initials would stand for it, this player was the first choice of Buffalo Bills for the American Football League (AFL) in 1969.

The following year it got merged with the National Football League (NFL), and Simpson started to show his magic. But due to his massive knee injury, he got traded to 49ers. His total rush-down was the second-highest among the best running backs of his time.

After retiring from football, Simpson became a film and television actor and sports commentator and started a new career with new hopes. On June 12, 1994, his ex-wife Nicole Brown Simpson and her friend Ronald Goldman were found dead in Los Angeles.

Simpson was arrested and charged with the two murders on June 17 though he pleaded not guilty and hired a team of prominent lawyers for his defense. Later he was found associated with many more crimes and prisoned for several years. 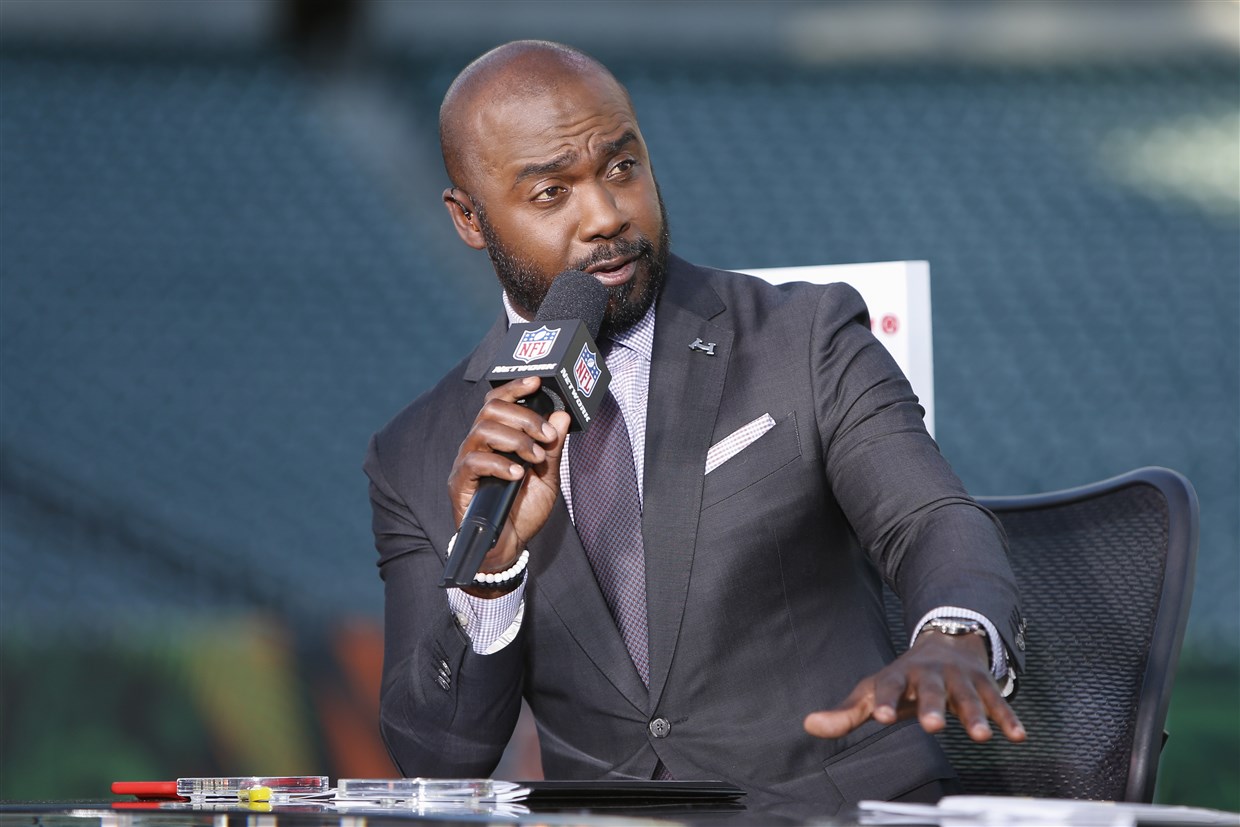 Marshall was one of the best running backs in NFL history who was known for his speed, power, and tactics. He broke all the previous records during his high-school and college days, and as a professional running back for the Rams, he kept continuing that.

The poor-ranked Rams even grabbed the Super Bowl twice with his help. His efforts earned him an MVP honor, seven Pro Bowl appearances, three All-Pro selections and a Super Bowl victory with the “Greatest Show on Turf.” Unlike the other players, Faulk could maintain his good health into his early 30s. He could sense all the little things that would turn the game, and this is what makes him one of the top NFL running backs of all time.

He always took a break from his assigned position to check where he was needed the most when he smelled any wrongdoing. The hard work did not go unrevealed, and he was crowned as the Pro Football Hall of Fame as well. He also recorded eight 100-yard receiving games in his 12-year, 176-game career. 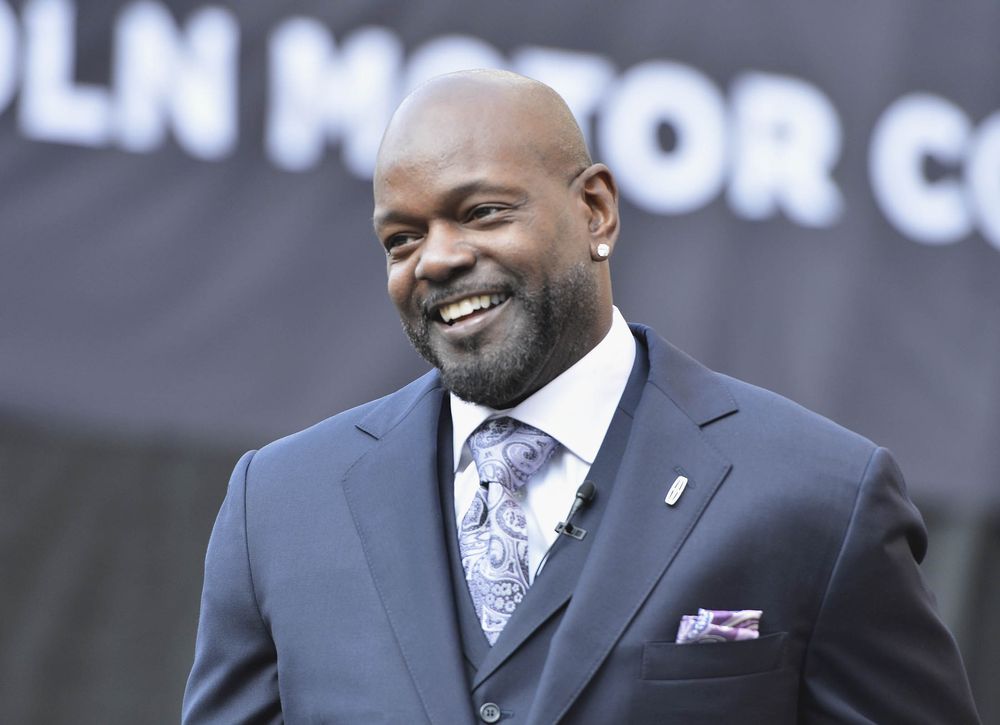 Smith became the all-time leading rusher in National Football League (NFL) history. By the time he finished his school days, he had become the National Player of the Honours in different print media. In 1990 he was drafted in the NFL by the Dallas Cowboys and soon proved himself as one of the best running backs of all time.

With quarterback Troy Aikman and wide receiver Michael Irvin, Smith was part of an unbreakable Dallas offense, helping the Cowboys win consecutive Super Bowls over the Buffalo Bills in 1993 and 1994. Then he signed with the Arizona Cardinals for a two-year contract. Being a relatively small player compared to the others of that time, he sometimes lacked speed but his strength, doggedness, and durability ultimately proved him one of the greatest running backs at that time. 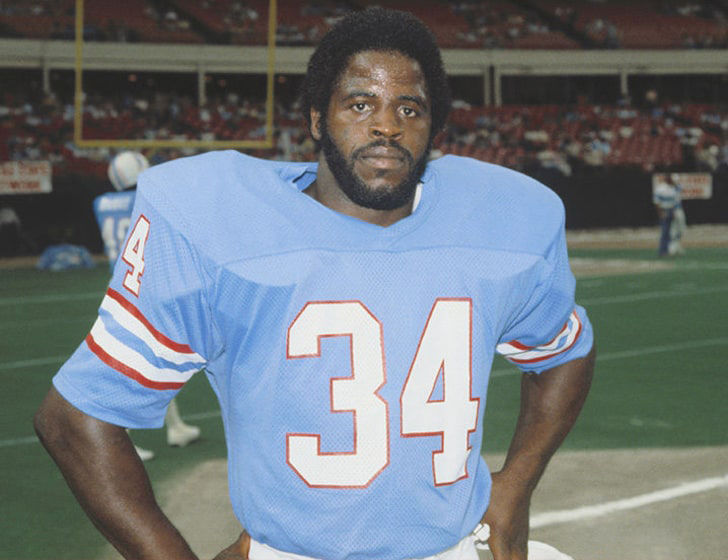 Earl Campbell’s professional career was sustainably hit. He was known for his strength and the fearlessness of his play. He rose out of the ashes of poverty to become a force on the football field, restoring the hopes of Houston followers.

Campbell was a punishing runner who often needed to be tackled by multiple defenders around. The pro footballer spent more than six seasons in the team before finishing his career with the Saints. Campbell’s career lasted just for eight seasons. Then he started to experience serious health issues due to the years of abuse he subjected his body to after his retirement. 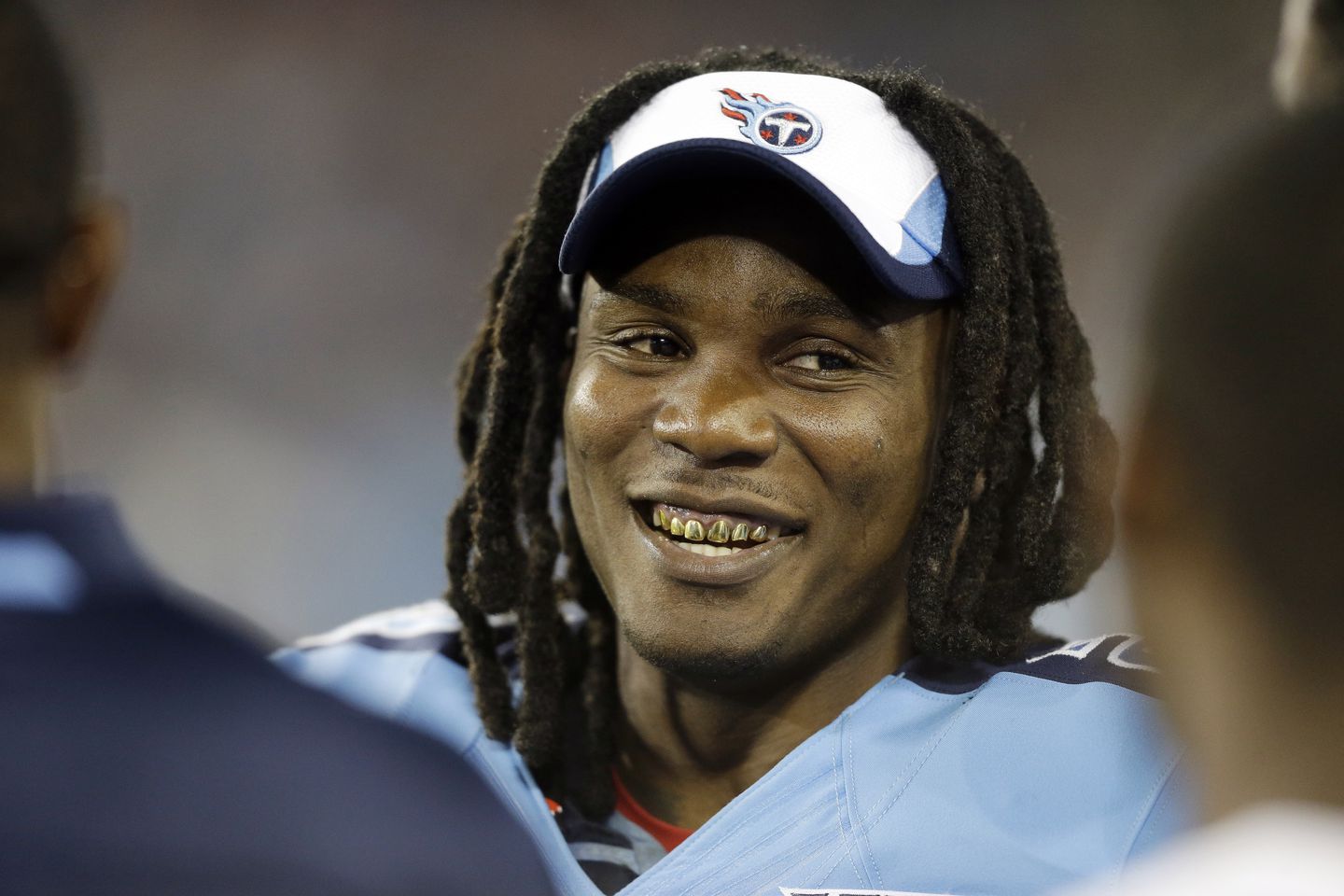 Johnson is one of the greatest Running backs who was selected to three consecutive Pro Bowls from 2008 to 2010 as a member of the Tennessee Titans. He signed with the New York Jets in 2014. Before that he used to play for the East Carolina team where he was an instant contributor. He started as a freshman in 2004 and proved a valuable runner, receiver, and return man at the same time.

In all, he amassed over 1,500 all-purpose yards and was named to the Conference USA All-Freshman squad. He has possession of an unreal running style in traffic, and he thinks himself to be a ‘Coach’s dream’. These qualities have made him the NFL’s premier “big-playback”.

When Chris came to the NFL, there was some question as to whether he was good enough to run between the tackles but with his super balance, he was a hit. Until he loses a step, he should remain one of the NFL’s most explosive offensive weapons and one of the greatest running backs of all time.