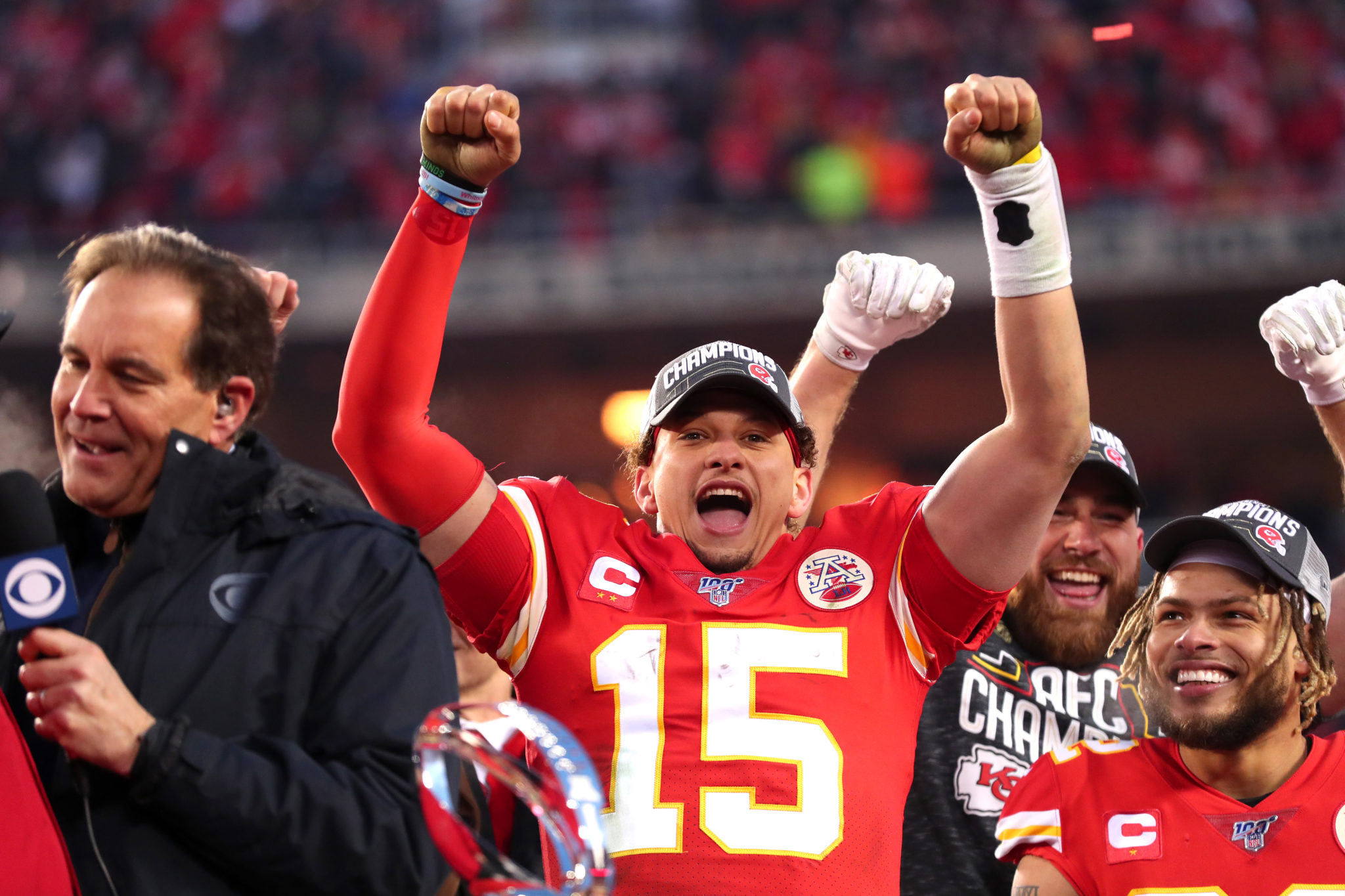 Even Before trying for the back-to-back Super Bowl titles, Kansas City Chiefs players took a moment to celebrate their achievement. And obviously, it was with Patrick Mahomes at the front and center. On Tuesday night, the Chiefs adorned the field at Arrowhead Stadium, but not for a practice or a game this time, but to receive their Super Bowl rings.

Months later, the Chiefs were back on the field to celebrate that victory once again. During the ring ceremony, all the reporters and the cameras captured the reaction of the team’s star quarterback, Patrick Mahomes receiving his first ring.

Coach Andy Reid was making plans for Patrick Mahomes since he doesn’t know when and how he would use his. He said earlier on the day, “You wear it for special occasions. Or if you want a free cheeseburger, you just point right there and show ’em that ring and you might get one.”

The Chiefs unveiled the rings and presented them to players and coaches at a private ceremony at Arrowhead Stadium which might have plenty of purchasing power in Kansas City as it is the first Super Bowl title in 50 years in February with their 31-20 win over the San Francisco 49ers.

Tackle Mitchell Schwartz said on his Twitter and Instagram accounts in one of many social media posts from the players about the ring is that “Ring is in and it’s a stunner!!!”

No wonder why the whole city is obsessed with this ring! Patrick is flying above the sky with the crown of excellence and made another leap of celebration. Meanwhile, he appeared to give away a different sort of ring. He proposed to his longtime girlfriend, Brittany Lynn Matthews, on Tuesday night, according to his Instagram account.

Surely, the city player is having one of the best times of his career!

Derwin James not playing for the chargers, knee injury sends him to 2021
Ezekiel Elliott and his teammates are cautious enough against Covid-19