NBA rebellion 2020: Does the future hold something revolutionary? 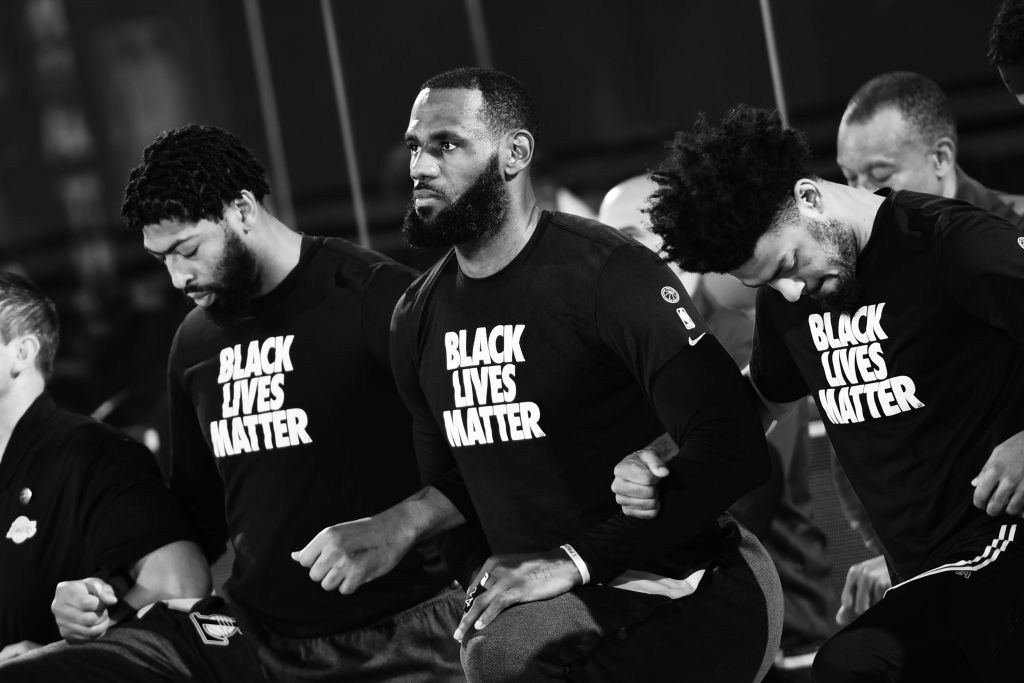 The previous week in the NBA was a roller coaster ride. With NBA players protesting and boycotting the playoffs games, this was one of the most successful NBA rebellions in decades. The boycott was one of its kind in the history of sports and found its way to affect every major sporting league in the USA. Yet, there are so many questions that have clouded the minds of millions of fans all around the world about the social impact and future of the greatest NBA rebellion of all time. 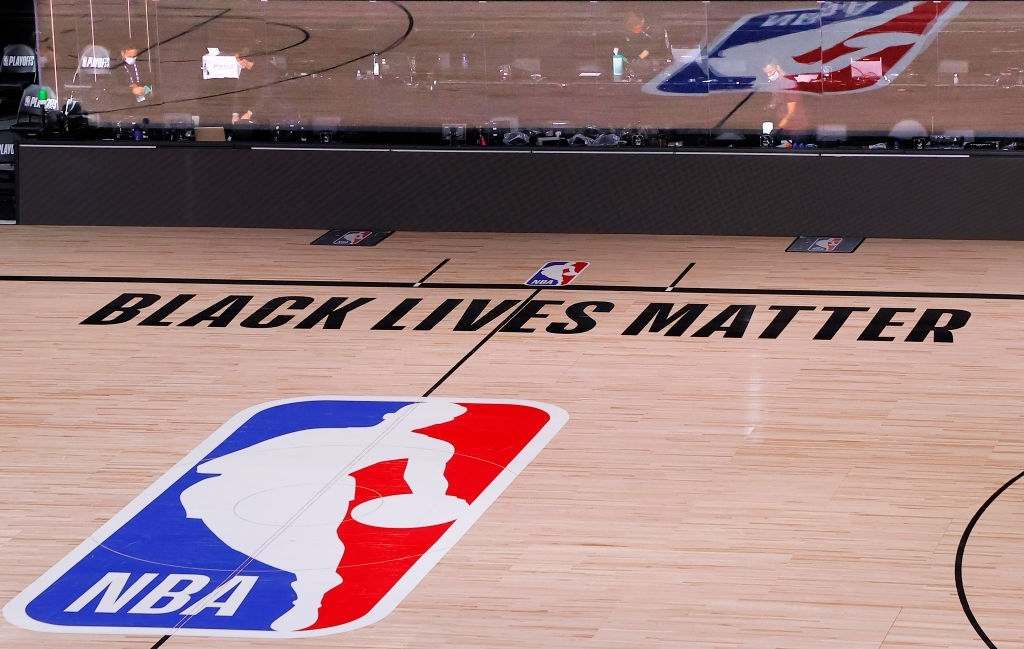 History of the league with the African American community

In the first few years after the advent of the league which we so dearly love, people from the African American community were not allowed to play in the NBA. Therefore in 1950, the New York Knicks owner threatened to leave the NBA due to which he was allowed to draft Chuck Cooper. Cut to 2020 where three of the top five NBA players belong to the African American community, it seems like the country and fans all over the world have agreed to look past the whole racial facade. But yet there are several instances where fans and even team owners have incited racial slurs at the players.

Russell Westbrook, an African American basketball player, quoted, “It feels like we are in a zoo.” The league expects the players to stick to their jobs of playing basketball. But with people from the African American community being killed every day is it actually possible for players who have families and friends living in America at the risk of being shot by some police officer to “Shut up and Dribble.”

Protests by players in the past 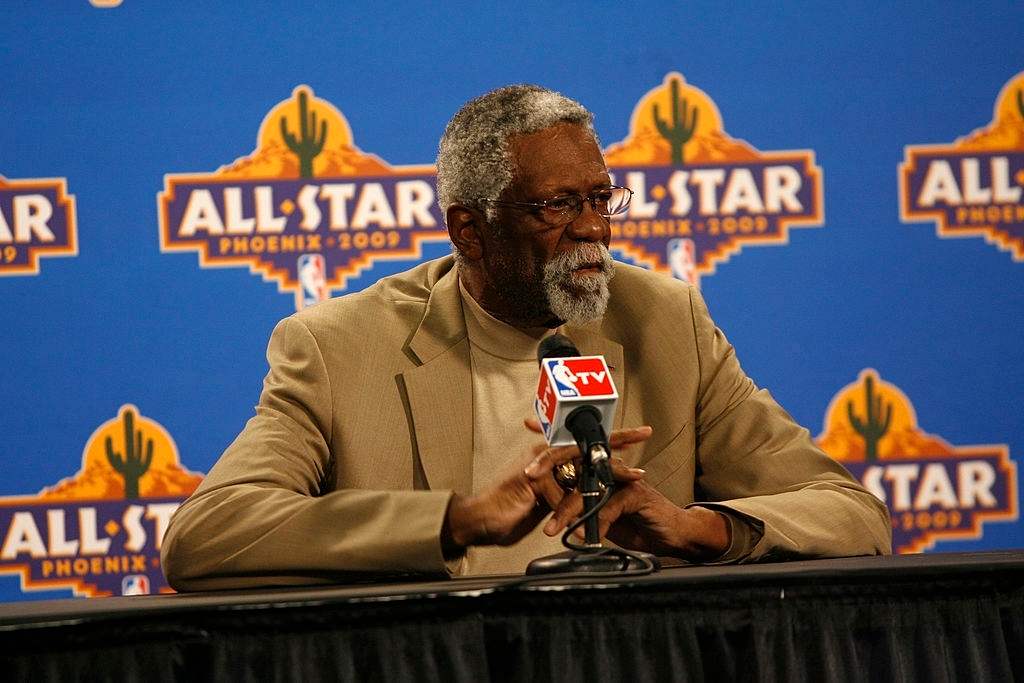 It is not the first instance where players have organized a combined protest against the league, but the presence of social media indeed increased the reach of the whole rebellion by many folds.

NBA hall of famer Bill Russell and his teammates boycotted an exhibition match in 1961 because they were not allowed in some establishments during their guest games. There have been multiple instances where in 1964, the team consisting of all-stars like Oscar Robertson, Jerry West and Elgin Baylor barricaded themselves and refused to play.

NBA policy of segregated seating was only removed in 1959 after Elgin Baylor refused to play in Jim Crow South.

Players had refused to play after the killing of Martin Luther King Jr. and when the police officers who beat Rodney King were acquitted. But all this is from the last century and this does not happen in modern times. Right?

Coming to 2014, Kobe and the Lakers team wore the iconic ‘I can’t breathe’ T-shirts during warmups in support of a black man being killed by choking. Later in the same year, racist comments from Sterling Brown who was the owner of the Los Angeles Clippers shook the NBA world. The league was on the verge of a total shutdown before Adam Silver stepped in and banned Sterling for life. There have been so many instances where people from the African American community in the NBA have been mistreated.

From the restart of the NBA season this year after the coronavirus pandemic, all NBA teams decided to support the Black Lives Matter movement in the NBA. The players expressed their resentment by kneeling for the National Anthem (Something that Colin Kapernick did in the NFL years ago) and wearing ‘Black Lives Matter’ T-shirts. Further increasing their efforts in support of BLM, the players wore names and slogans on their jersey’s during game time. But all these actions were regulated by the NBA making it look inadequate.

What Triggered the NBA rebellion of 2020 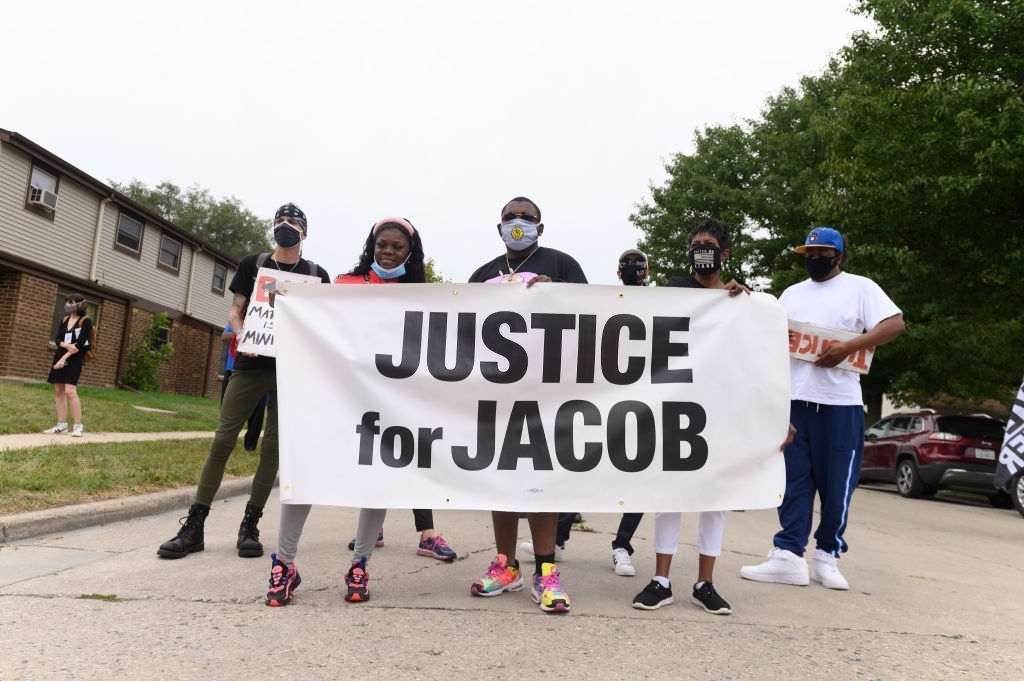 After a video of Jacob Blake, who is an African American, surfaced on the internet people were shook. Jacob was shot seven times by police officers in front of his children and is now paralyzed from the region below his waist. The video sparked national outrage and the Bucks decided not to play Game 5 of the first round of the playoff series with Orlando Magics. Many players like Lebron were not happy about the fact that the Bucks had no plans of how things would move forward after the boycott. A group of players also sought advice from former US president Barack Obama while Donald Trump called the protest political in nature.

Several meetings were held where a lot of legal, social and economic aspects of the boycott were discussed between the players and the owners. It seemed like a lot is going to happen and the league is going to do something huge but the players association resumed the season and nothing substantial happened.

Extending all their support to the players on social media, the fans really did whatever they could to extend their full support for the movement in the NBA. It can be easily summed up by:

‘They Got the Biggest Platform, So Why Not?’

Yet there is a huge ‘what if’ surrounding the same. What if the Bucks would have boycotted a game in an arena full of people ready for a playoff match-up.

Would the reaction still be the same? Will people still feel the same way?

This question is one for the thought but we may or may not answer in the near future.

Players wanting to resume the season

Reportedly except the Clippers and the Los Angeles Lakers, all other teams were in support of resuming the NBA season. A large group of players had no idea of how to take the movement forward and veteran players like LeBron James allegedly gave off the vibe that they are at a superior level than the other players.

Yet most players wanting to resume the playoffs was something that acted as a block for the whole emotional aspect of the movement.

Are the players really into the movement?

"The killing of George Floyd took place thousands of miles away, but his cries that he could not breathe were heard all around the world."

From raised fists on the podium to teams taking a knee, the world of sport has been at the forefront of the #BlackLivesMatter movement… pic.twitter.com/zC1EvtRtyi

This question is in the mind of every NBA fan and Black Lives Matter supporter around the world. Most of the players are speaking their minds on the issue and carrying out their own campaign asking people to vote in the upcoming elections. But is it all that they could have done, or is there something more than the society needs from these icons of this era.

With many players joining parades and marches in support of the injustice done to their community, members it is challenging to decide whether it is right or wrong to do so.

There are around more than 500 reported cases of the shooting of people of the African American community and several players have shared their opinions about them. But yet we need all of our players who have such a huge reach on people all over the world to be more vocal and stand up for the people more than they actually do to make a difference.

Why haven’t some players spoken on the NBA boycott?

Players like Stephen Curry, Kevin Durant, Karl Anthony Towns and Kevin Durant have not spoken a lot on the NBA rebellion as well as the BLM movement in the NBA. Disappointingly such players with such a huge fan base should be a part of these movements and be the pioneers of information sharing and leading the rebellion outside the bubble.

What is the future of this NBA rebellion?

That fact he went to Louisville and the back of his jersey says “Say Her Name” show a lot about his character. How he chose to conduct this interview says even more. S/o @spidadmitchell https://t.co/YG4uLJX57V

Young players like Jamal Murray and Donovan Mitchell have spoken so many times during their playoff match-up about the people who were gunned down by the police. Using their interviews and sneakers they have sent a clear message to the families that they stand with them.

Donovan and Adidas have donated 90,000 dollars to the education of Jacob Blake’s children while Jamal has given the credit of his playoff victory several times to the people who have passed away and yet provide him with strength.

These two have done some assuring actions proving that the league would be involved in the social movement and we can see many NBA rebellions in the times to come.

The outcome of the NBA rebellion of 2020

The NBPA and the WNBPA have released the following statement on the future of their actions:

“We had a candid, impassioned and productive conversation yesterday between NBA players, coaches and team governors regarding next steps to further our collective efforts and actions in support of social justice and racial equality.  Among others, the attendees included players and team representatives of all 13 teams in Orlando.  All parties agreed to resume NBA playoff games on Saturday, Aug. 29 with the understanding that the league together with the players will work to enact the following commitments:

What do these commitments mean?

Firstly, the NBA season resumes and the playoffs go on as scheduled. Additionally, the players, coaches, owners and staff members will collaborate to achieve meaningful and sustainable change. All of the players are going to use this platform to spread the word about social justice and voting rights. Along with all this, the NBA authorities and the players have founded an organization that will focus on the empowerment of the Black people in America.

Does the future hold something revolutionary?

With the foundation all set up, the NBA will be doing a lot of work in the social sector of the country. Along with that there will be more participation from the players in the coming times. We know that things will change for the better.

But we need to be patient as all of us can agree to the fact that the players are giving in their best to raise their voice on these social issues. A lot has been done and a lot will be done.

Something that we can be sure of is that our players will be stepping up whenever it is needed for the betterment of society.

Because it is indeed ‘Bigger than Basketball’.