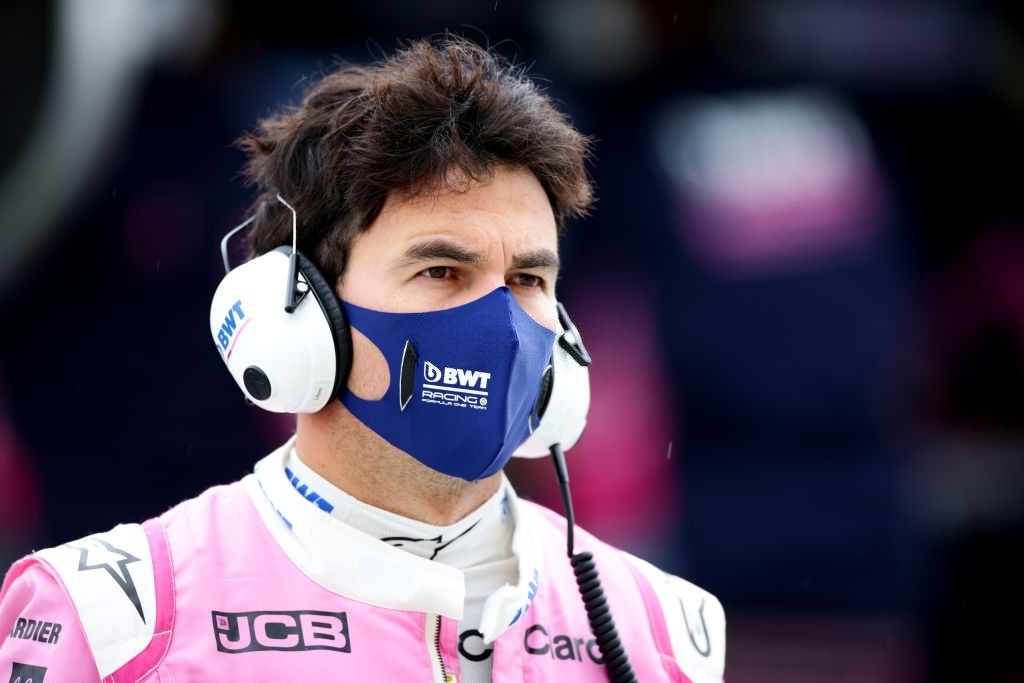 If not 100 percent entirely, Racing Point is still “99% sure” of Checo’s retrieval from his quarantined life to the racing course for the Spanish Grand Prix for this weekend, until then Hulkenberg will stand in for him.

The Mexican racer after testing COVID positive for two consecutive tests has been living a quarantined life under the strict strategies and regulations of Public Health England. It can be assumed that the virus affected his track life more than his physical health, impelling him to miss both the races at Silverstone.
Perez under strict surveillance and supervision is about to finish his second term of quarantine period after testing positive again before the Formula One 70th Anniversary Grand Prix that was held at Silverstone(7-9 August 2020). With high hopes and observing the speedy recovery, it can be anticipated that “The Mexican Wunderkind” will hit the track at ‘Circuit de Barcelona- Catalunya for the upcoming Spanish Grand Prix(14-16 August 2020) after going through the final test under the FIA CODE OF CONDUCT.

The Racing Point team boss, Otmar Szafnauer at a press conference stated, “He has tested again. I anticipate either by the time we get the result, or we get a result early next week, he will be in the negative range. It seems like the amount of virus in his system is coming down significantly from test to test, he further added, “I think by the time we get to Barcelona, he’ll be back in the car. But I’m trying to guess the future. If that doesn’t happen, then don’t crucify me because I can’t predict the future. But just looking at the rate of the virus leaving his system, if it’s linear, he should be okay by the time he gets back to Barcelona.”

For the prior two races at the Silverstone circuit, the German racer was there as a replacement for Checo. Hulkenberg, being the much-liked racer of Racing Point’s chief and the association can again be seen clutching the RP20 steering wheel if Checo for his health condition cannot show up again. The team principal further expressed that he was “99% sure” that Hulkenberg would race for both the Silverstone weekend and he is now again “99% sure” that Perez will hit the track for the next Spanish Grand Prix.
At the Formula One 70th Anniversary Grand Prix, Hulk with his trying performance on the track won a lot of appreciation and applause from the entire paddock of F1. He further conveyed that he is waiting for formal instruction and notice coming from Racing Point for his requirement in the next Spanish Grand Prix at the Circuit de Barcelona- Catalunya. He stated, “ I don’t know the full picture to be honest yet, I guess I’ll be present just in case he’s not able to race. I guess I’ll be there to replace him again. I think it will come down to again a late decision on Thursday.” The fans would still be holding onto high expectations to see “The Mexican Wunderkind” in the RP20 for the Spanish Grand Prix.