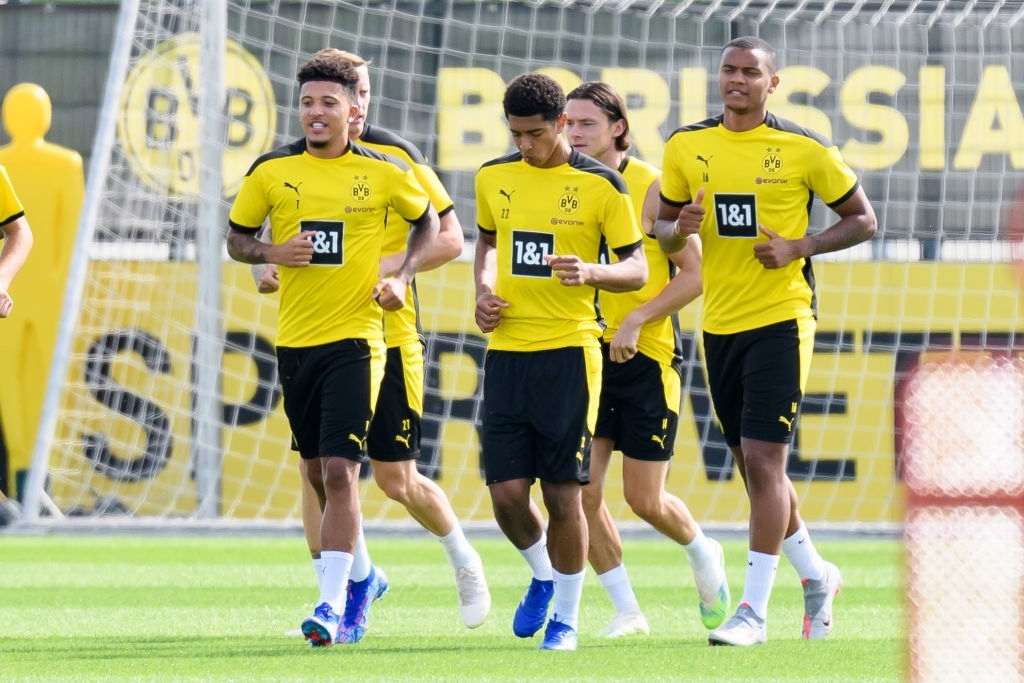 The stage was set, the rumors were in, the story had cooked well until the last turn. The Sancho Saga is nothing less of a Hollywood film and has been the topics of varied debate this summer. Jadon Sancho is reported to have been in the Dortmund squad that flew down to Bad Ragaz in Switzerland shattering United’s dreams of having him at Old Trafford.

Dortmund had been very emphatic about the transfer deadline being the 10th of August and has stated that if Sancho travels to Switzerland for the pre-season training camp, then the deal with the Red Devils shall be deemed over.

However, the United administration claims that they hadn’t been informed about any such direction by the German club and that all the air about the decision was only through the German daily Bild.

United and Dortmund have been on a deadlock regarding the Sancho deal for over a month now. However, United has failed to reach on a consensus with the club regarding the price of the winger and thereby the current situation has resulted to be so. Despite being aware of the COVID crunch over the English economy, Dortmund has not budged from their 120m euros asking price for the Londoner. However, United have tried hard to convince and persuade but all to dust. Ed Woodward was also rumored to have devised an installment plan for the player over the next couple of years. However, that wasn’t enough to satisfy the humongous club.

Though Sancho’s picture in London, earlier this weekend, had raised quite an air of him, positively joining the Red Devils. However, him attending a garden party in London with his family is not a point of concern for the BVB. They express it is natural for a player to visit his family before the pre-season resumes.

Dortmund further clarified, “It’s common and fine for players to go home before a training camp if they’re not risky; The same goes for Jadon. From our point of view, the pictures that have been shown to us do not violate the current Coronavirus Protection Ordinance or hygiene regulations.”

Regarding United, it was earlier informed that the club has had personal deals finalized with the player. However, they have failed to confirm any news with the club so far. The BVB CEO Hans-Joachim Watzke further confirms the news saying, “So far, there has been no contact between Borussia Dortmund and Manchester United in terms of Sancho,”

Sancho joined BVB from Man City in 2017 with a mere price of 7m euros. However, over the years, he has polished his style and his technique and has emerged as the most sought after player this transfer season. Other English clubs have been on the pursuit but they haven’t really been able to come in terms with the colossal price tag that is being pasted to the player.

After such an unexpected step by the German club, Solskjaer has decided to not pursue this deal any further. He now eyes over Munich winger, Kinsley Coman. His top target for the summer will continue his contract with the Germans at the right-wing. Dortmund, to keep Sancho interested had introduced an increment in the winger’s wage plan given he stayed back at the Club.