Roger Federer, the 40-year-old Swiss tennis prodigy, is arguably the best player to ever grace the professional tennis courts around the world, and his out-of-this-world performances have mesmerized spectators since the beginning of his career.

A few years ago, the former richest person on the planet, Mr. Bill Gates, participated in a social event where he played alongside one of his favorite tennis players, Federer, against another superstar, Rafael Nadal.

Why did Roger Federer and Bill Gates collaborate against Nadal?

The famous Swiss international tennis icon Roger Federer probably played one of his best unofficial matches in tennis alongside Bill Gates with the view to raising global awareness about a social cause in 2020.

“The Match for Africa” was the name of that charitable event, where they faced tennis icon Rafael Nadal and another celebrity, Mr. Trevor Noah, to play a friendly match, which was ended by the victory of the Federer-Gates duo.

American billionaire Bill Gates was a big admirer of Roger, and therefore he always maintained a close relationship with the Swiss superstar for a long time. 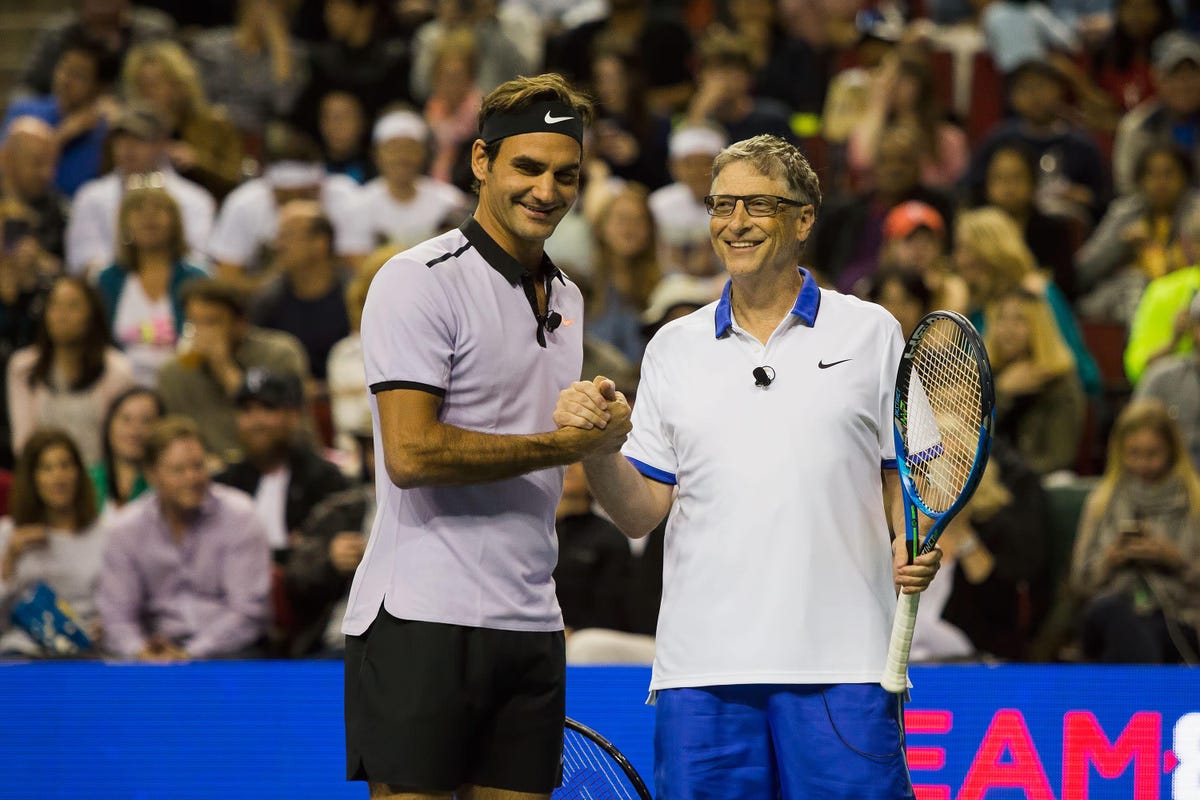 This bond between Gates and Federer turned to another level when they decided to join together for an awareness-raising event regarding the coronavirus pandemic and relevant issues.

Although the tennis match was a philanthropic event, the participants were playing seriously, according to the live spectators, and they witnessed a thrilling rivalry between Nadal and Federer, who were accompanied by Gates and Noah.

The tennis match was short in comparison to a regular professional match, but it delivered the anticipated intensity, making it a significant event at that critical time.

The match concluded with a friendly hug amongst the players, and the audience enjoyed every single second of that court-play with great enthusiasm.

“Novak Djokovic has conquered everything and is still hungry” Former Tennis player left the Serbian with shower of praise
Roger Federer revealed what he told his children about Rafael Nadal, Novak Djokovic and Andy Murray