Ronda Rousey Suspension: Times up for baddest women in the planet in wwe ring? 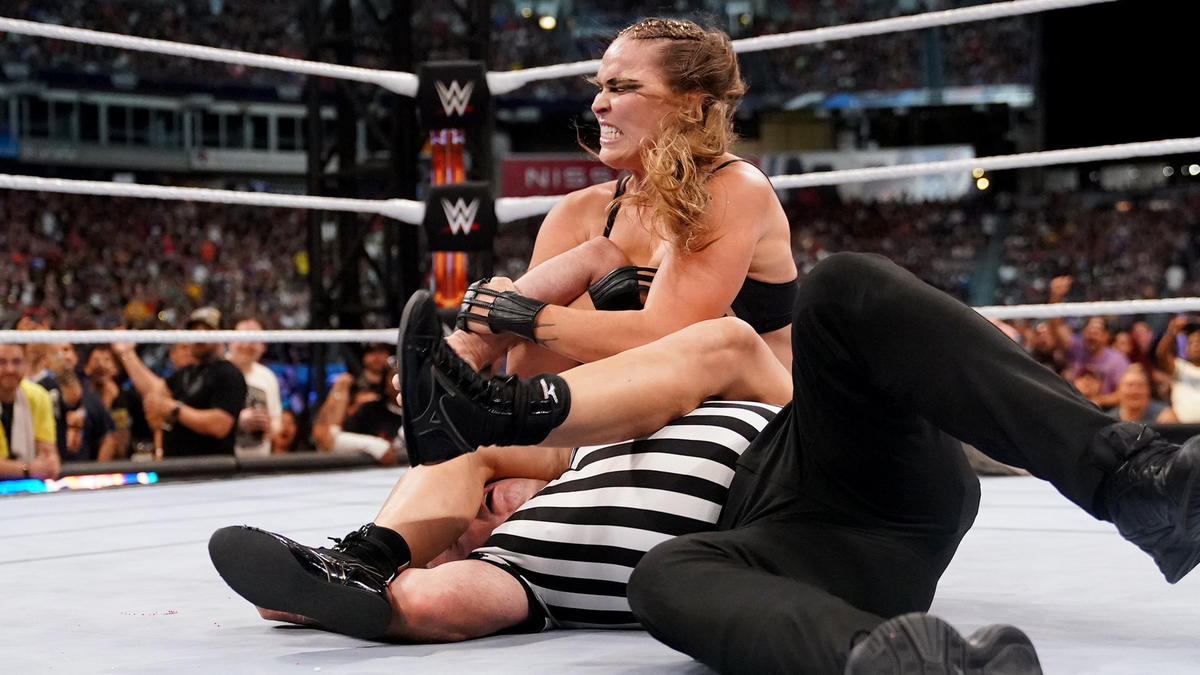 Ronda Rousey has been suspended indefinitely by WWE after video evidence showed her assaulting an official during SummerSlam at Nissan Stadium in Nashville on Saturday. After losing the women’s title battle against Liv Morgan, Rousey, 35, throws referee Dan Engler to the mats and maintains her grasp on the official. “Rousey is going to be fined, or worse!” an announcer can be heard stating.

Why was Ronda Rousey suspended from WWE?

The WWE announced an indefinite suspension of the former Raw and SmackDown Women’s Champion after she attacked an official at WWE SummerSlam.

What did Ronda Rousey do at SummerSlam?

At SummerSlam, Rousey was determined to show that Morgan’s victory was an accident and without the briefcase, she would have never lost to Morgan. So, after losing the match due to a questionable decision by referee Dan Engler, Rousey confronted him and smashed him to the ground and forcefully holding him in an arm bar.

What did Ronda Rousey break?

In the WWE ring, Ronda is infamous for routinely breaking her opponents’ arms and ribs, causing chaos. She can also be seen demolishing ring posts and announcing tables. Although she didn’t violate anything or anyone this time, but she did break a key WWE regulation by striking an official.

Will we ever see Ronda Rousey in a WWE ring?

According to sports enthusiasts, performers in combat sports are known to arrange pre-planned incidents that result in suspensions in order to take time off. While the WWE has not announced how long Rousey’s ban will extend, the organization has stated that she will not participate in this week’s show of “Friday Night SmackDown.”

Wrestling Observer Radio, on the other hand, said that Rousey will square off in WWE’s “Clash at the Castle” exactly one month from today.