Russell and Giovinazzi crash at the Spa Francochamps 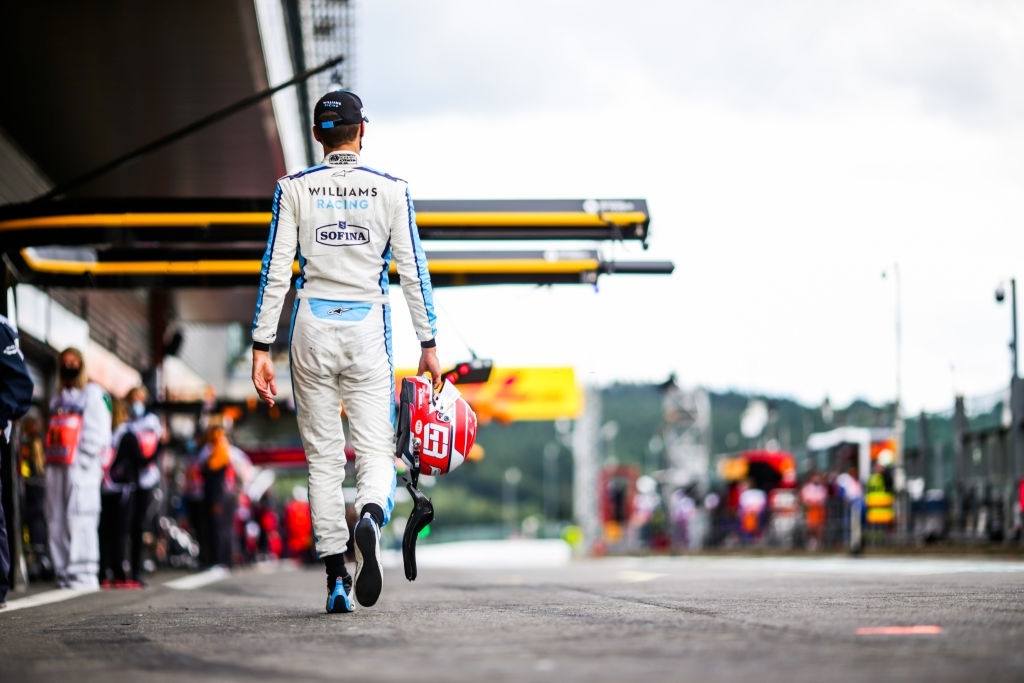 After facing a disastrous crash at the weekend finale that was held in the Circuit de Spa Francorchamps of Belgian Grand Prix, Antonio Giovinazzi and George Russell had to leave the race midway to save their own lives.

The Italian motorist Antonio Giovinazzi apparently lost control of his cockpit which led to the loss of grip in the mid-track creating a haywire situation in there. He losing grip of his 99 plated cockpit couldn’t sync the race in the manner it should have been continued further. The Alfa Romeo, Ferrari losing balance at the 13th Curve, bumped heavily with an enormous force into the side barrier, the racer with no control of the car whirled around the track with the detached left tyre which had splinters all over.

Unaware of the situation, Russell came storming with an aim to stand a good point in the score chart, unfortunately, crashed with the Alfa Romeo which led to a deathly consequence. The 22-year-old Williams racer, trying to get out of the way of the hazardous crashed car, unfortunately, stumbled upon the loose detached tyre and came together with Antonio Giovinazzi, hitting the barrier himself as well, in turn creating a ‘lot of debris all over race tracks.

With sheer luck and efficiency, both the racers were not injured severely as they managed to hop out of their respective cars at the right moment, that was shattered and strangled. After the dreadful incident took place which left a heap of debris in the trail the Safety Car was out on the track leading the rest of the drivers to their respective pits, meanwhile the stewards of the Formula One team were out to clear up the mess that was created.

When George Russell was interviewed after returning back to his pit following the dreadful crash, he started, “Yeah all fine. Frustrating – wrong place, wrong time. Antonio went into the wall, I went to the left to avoid his car and then the wheel just came from nowhere and smashed into the car. Obviously, it hit the front of my car but we feel very fortunate to have the Halo on because it could have gone quite near the helmet, so one of those things. Just wrong place, wrong time- nothing I could really do.”
Later the chiefs of their respective teams, Alfa Romeo and the Williams announced the safety and healthy condition of their racers, Antonio Giovinazzi and George Russell.

The Mercedes racers- Lewis Hamilton followed by Valtteri Bottas and the Red Bull racer Max Verstappen very efficiently paved their way through the hullabaloo of the crash and also ranked the race in the same order that is mentioned.

It can be considered to be one of the races filled with great car and tyre dramas followed by an enthralling victory of Lewis Hamilton further at the end of the race.

Difficult Weekend ahead for Ferrari at Spa Francorchamps, says Leclerc and Vettel