Sancho is rumored to don no. 7 at United 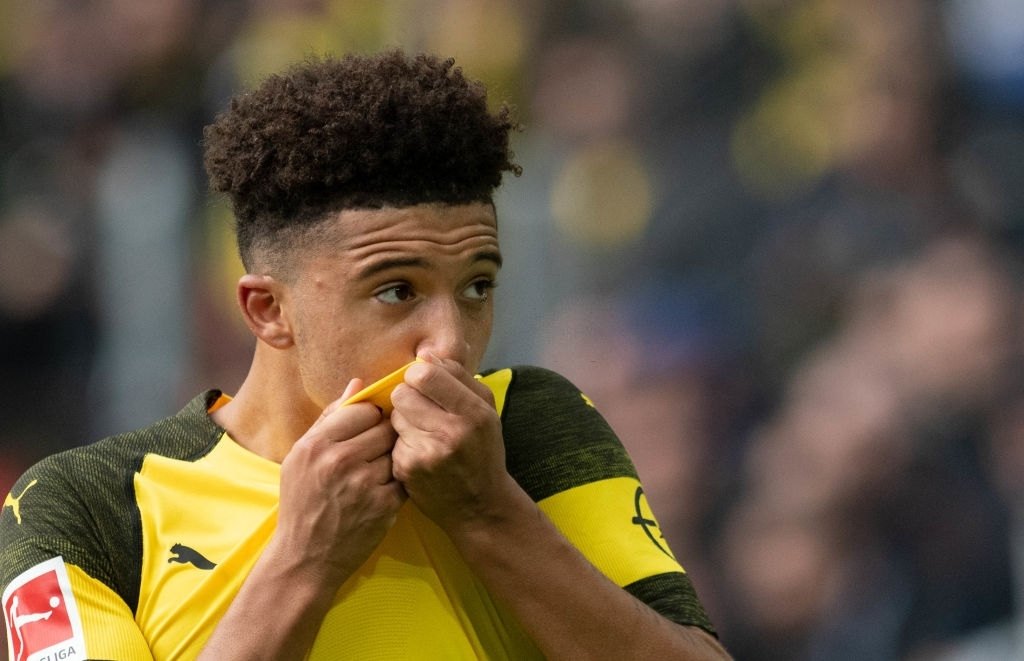 Jadon Sancho is set to be at Old Trafford by the weekend and the lad from London will have his shoulders weighed down with some heavy expectations.

After nearly a month-long transfer saga between Dortmund and Manchester regarding the unreasonable bid for Sancho’s transfer, the clubs have finally reached a conclusion on an installment plan regarding the payment. Ole Gunnar has his team ready to take on the next Premier League and hopefully the Champions League

Sancho is undoubtedly, extremely talented. With feather-feet and piston sprints, the winger is set to become the best in the world during the recent times. His 20 goals and 20 assists in the Bundesliga has grabbed the attention of the Red Devil boss. However, once his transfer news is almost confirmed, Sancho might be facing the biggest challenge during the initial days of his career.

United have decided that Sancho shall be playing with the No. 7 pasted to his back. The no. 7 is an iconic jersey at the Old Trafford. It has had a reputation and is also believed to be the curse. Players over the course of the club’s history that played with the no. 7 either flourished unfathomably or perished unexplainably.

Great players such as Beckham, Ronaldo, Cantona, have donned the number and made it so great that the expectations from the number have risen significantly. Cristiano Ronaldo had cast a magical spell into the number with his iconic CR7 and the rest is history. Maybe that is probably the reason why players like Depay, Di Maria and Sanchez couldn’t meet up to the expectations. Sancho will have to prove that he is worth the heavy price tag.

Playing at Old Trafford, the ‘lad from London’ will definitely feel like playing at home but he shouldn’t underestimate the English fans. Though Bundesliga fans have a reputation following them, the English fans would expect nothing less of a cracking performance from the right winger.

Sancho’s deal had faced quite some uncertainty regarding Dortmund disapproving Manchester’s bid. However, recent talks have shown that the Old Trafford administration has come up with a financial plan and is looking forward to the transfer.

The feat to don the No. 7 jersey might seem easy or even play in the legendary team, but recent times have proved that it only appears so. Players have definitely achieved greatness after wearing the number but it isn’t just the number. The question is on the player-whether he has what it takes to don the number or not. When he steps into the English territory it will be completely on Sancho and his performance, whether to flourish or perish.