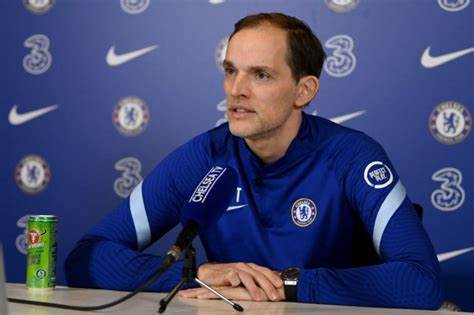 Chelsea manager Thomas Tuchel has no problems with his side being the “bad guys” of the FA Cup final against Liverpool on Saturday.

In a recent press conference,Manchester City boss Pep Guardiola insisted that Liverpool have the “sympathy” of the entire country, and most English people want to see them win the FA cup.

When asked about Pep’s comments, Tuchel responded, “I’m not a Liverpool fan, (but) I can understand why he has that feeling. In general I would say it is hard to really argue with it. I did not say I agree 100% but I can see. There is a huge sympathy for Liverpool in the country.”

Thomas Tuchel also insisted that his compatriot Jurgen Klopp plays a huge role in garnering that level of sympathy, and has called the Liverpool manager “the master of being an underdog”.

“He can talk you into being the underdog against Villarreal and against Benfica,” Tuchel added. “It’s a miracle how they even draw against them. He does it all the time. That’s part of it, where the sympathy comes.”

“There’s nothing to be jealous of. ‘Kloppo’ is a fantastic guy, funny guy, one of the best coaches in the world and that’s what he does.”

“It’s a big credit to him and this is what you deal with if you play a team against him. But it’s always the fun part and so if we are the bad guys tomorrow, then no problem. We take that role.

Luka Modric about to Close In on a Deal with Real Madrid, Contract Extension Anticipated
Manchester United Eyeing Frenkie de Jong to Sign but a Premium Price Might Wreck Transfer Budget