UFC Vegas 39 Predictions: What are your Bets, Odds & Picks? 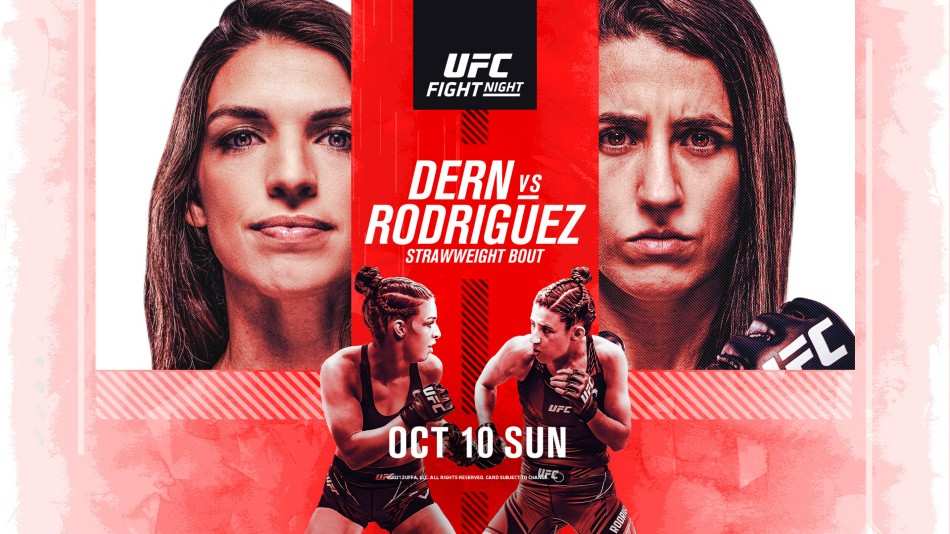 This weekend, the UFC returns to its old stomping grounds in Las Vegas. Following the success of last week at UFC Vegas 38, fight fans will be expecting a good show like last time, or better. Let’s check out what’s in store for us along with our UFC Vegas 39 predictions.

A battle of two ferocious flyweights, Mackenzie Dern and Marina Rodriguez will headline the event. In addition to that, expect fireworks as Randy Brown takes on Jared Gooden in the co-main event. Moreover, Tim Elliott will take on Matheus Nicolau, whilst Sabina Mazo will take on Mariya Agapova and Phil Hawes takes on Deron Winn.

Turning our attention now to the main event, we once again have two fierce Brazilian competitors. Whilst Mackenzie Dern (11-1-0) is a BJJ specialist, her opponent Marina Rodriguez (14-1-2) is a very dangerous striker. With both fighters on win streaks, it will be interesting to see which one of them will prevail. 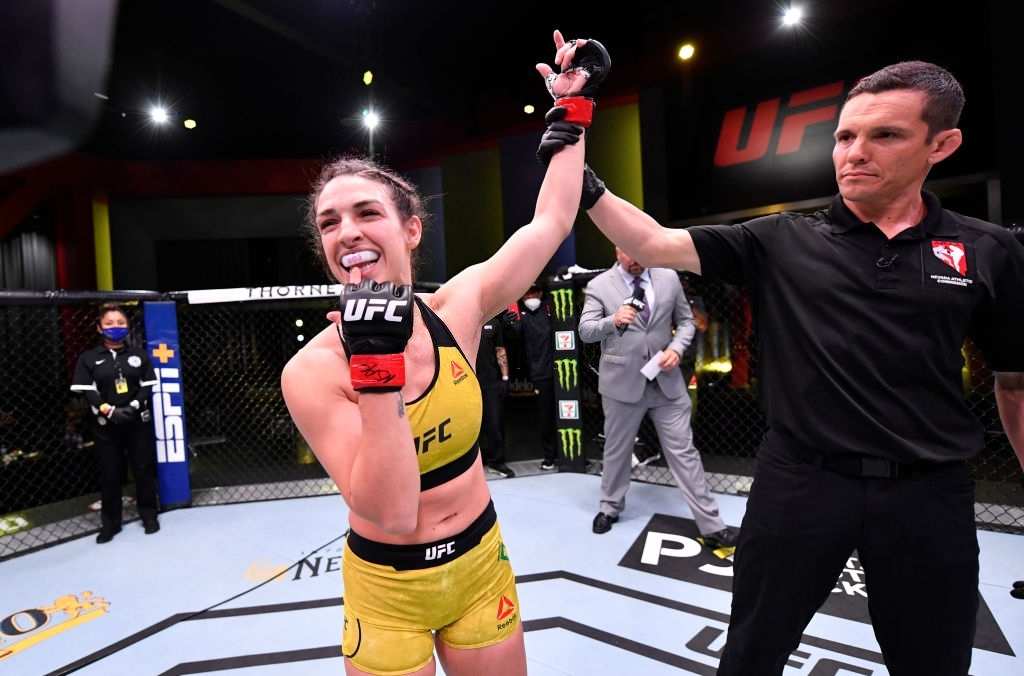 Mackenzie Dern celebrates after her submission victory over Hannah Cifers in their strawweight fight during the UFC Fight Night event at UFC APEX on May 30, 2020, in Las Vegas, Nevada. (Credits: Getty Images)

Moving forward from UFC Vegas 38 last week, the UFC stays at its home grounds in Las Vegas. Returning to the UFC Apex in Las Vegas, Nevada on October 9, 2021, the lineup for UFC Vegas 39 is as follows: 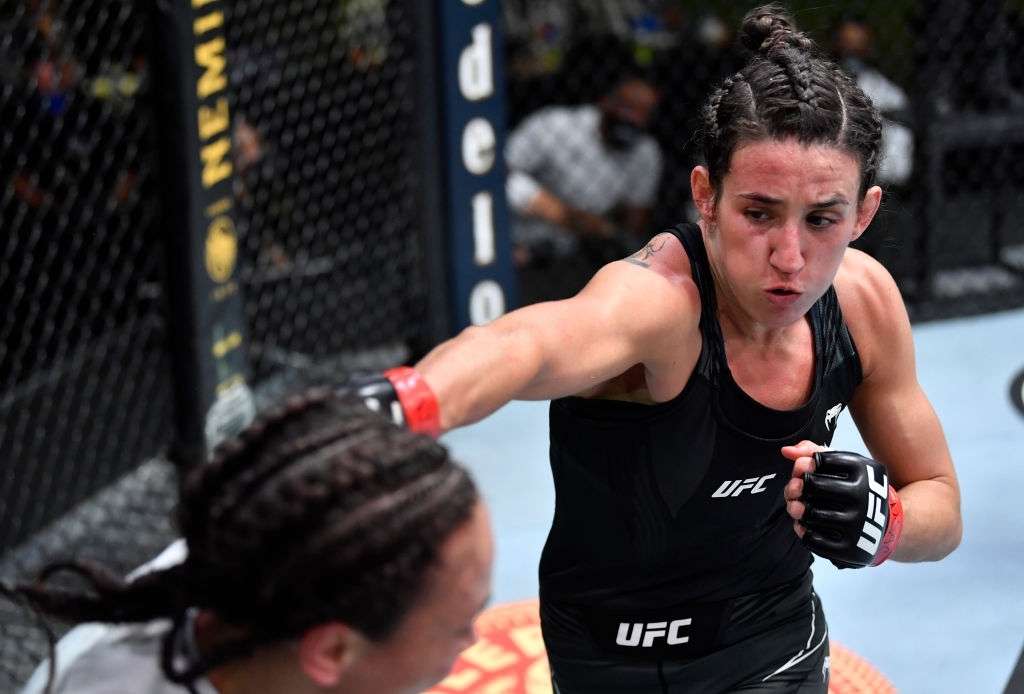 Marina Rodriguez of Brazil punches Michelle Waterson in a flyweight fight during the UFC Fight Night event at UFC APEX on May 08, 2021, in Las Vegas, Nevada. (Credits: Getty Images)

Now, let’s take a look at the betting odds and the bookies’ choices along with our UFC Vegas 39 Predictions.

Coming into the fight, Dern is a slight favorite due to her exceptional BJJ skills. Having finished 7 of her 11 fights by submission, she is a very dangerous fighter and also has a variety of tools at her disposal. In addition to that, the Brazilian is in red hot form and on a 4 fight win streak. If Dern can survive the early exchanges with Marina, she will have a very good chance of winning the fight.

On the other side, we have Rodriguez who is a reputed striker in her division. Notably, Marina has 6 KO/TKO finishes and wins against some big names on her resume. As such, Rodriguez’s gung-ho attitude and striking prowess could very well win her the fight, provided she can stuff Dern’s takedown and submission attempts as well.

Next up, we have Randy Brown trying to make a consistent run in the Welterweight division. Although Brown’s trajectory looks up and down, he is a clear favourite due to his experience and range of finishes in the UFC. Thus, we expect a finish from Randy in this fight.

Things have not been going too well for Jared Gooden. As a result of losing his first two fights in the UFC, Jared looked set to have his dream cut short. However, a win in his last fight means that the American has bought himself some time. For Gooden, this fight is very important and we hope that he gives it his all. 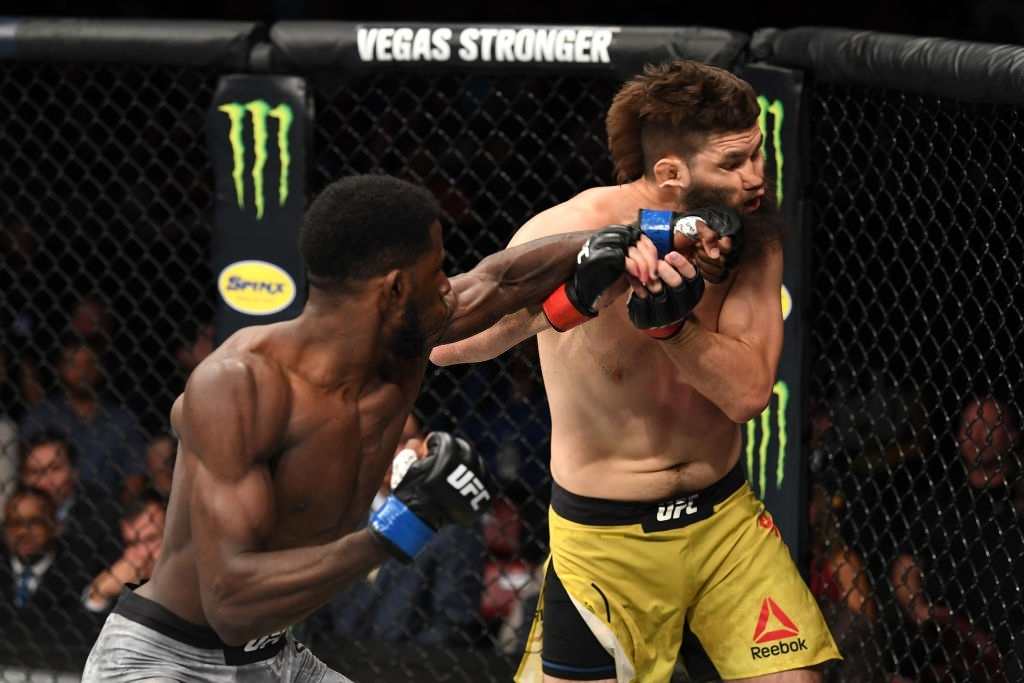 Tim Elliot has been a mainstay in the UFC’s Flyweight division for quite some time. However, a record of 18-11-1 may not seem that impressive. Moreover, his opponent Nicolau (16-3-1), seems like the latest prodigy out of Nova Uniao. Thus, the Brazilian’s all-around game could see him clinching the victory.

Phil Hawes has made a very impressive start to his UFC career. Following a dominating display in his last fight against Kyle Daukaus, Hawes will be looking to take his UFC win tally to 4. Deron Winn on the other hand has not exactly made the ideal start to his UFC career. Currently 2-2 in the UFC, Derron will have to step up his game massively if he wants to make a name for himself in the UFC. For the most part, Phil Hawes should be taking this one, owing to his bigger size, reach and athleticism.