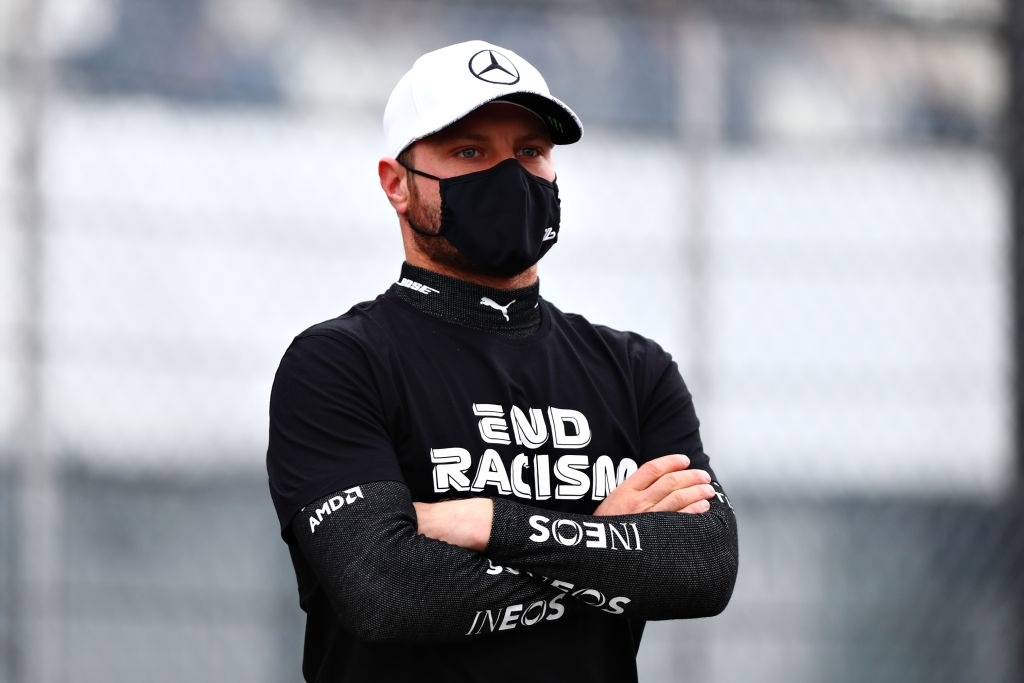 Formula One (F1) franchise Mercedes’ driver Valtteri Bottas has reiterated his desire to ‘not give up’ despite having a horrendous time in the Eifel GP on Sunday.

The Nastola-born driver suffered on the day due to a power unit problem which forced him to retire from the race.

It was Bottas’ first retirement of the season which now pushed him 69 points behind Hamilton who went on to equals Michael Schumacher’s record of 91 F1 victories with another outstanding race on Sunday.

Bottas, while talking to the reporters after the race as quoted by ESPN, conceded that it was ‘disappointing’ how the day panned out but reiterated his desire to ‘not give up’.

“It’s disappointing, of course,” he said. “Just very disappointing and one of these things that you can’t do anything for. I understand the gap to Lewis is pretty big in terms of points. So definitely would need a miracle. But as always, no point to give up. I need to keep the bar high and keep trying. We’ll see. Disappointed is the best word.”

Mercedes’s Chief Executive Officer (CEO) Toto Wolff has backed the driver to turn things around and believes he is ‘resilient’ enough to bounce back in the coming races.

“If somebody is resilient than it’s him,” said Wolff. “We had a good chat, I said sorry for the failure. It’s still a mechanical sport and today it was us that let him down.”

However, former Mercedes driver Nico Rosberg believes the champion of the Russian Grand Prix winner is not doing enough to compete with Hamilton.

“Today we were actually thinking that Valtteri’s going to get back into the championship fight and today has ended with the championship being more or less over now,” he said while talking to Sky Sports. “It’s such a big gap that it’s going to be almost impossible for Valtteri to close up.”