What is Raiders COVID-19 backup plan after losing the entire starting offensive lines? 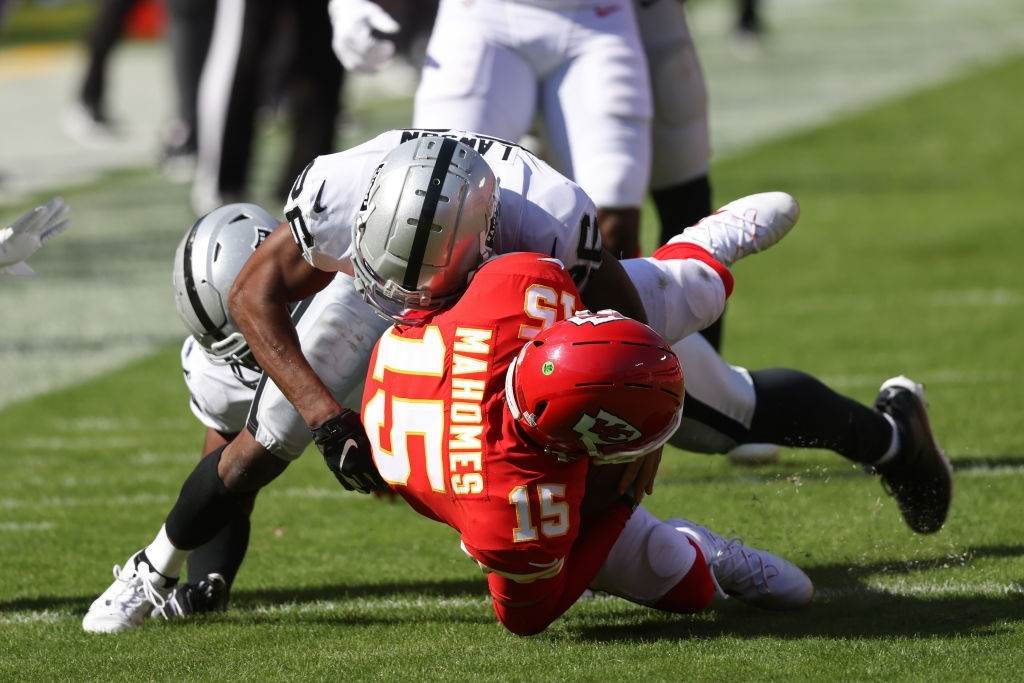 Coronavirus just did another hit to the NFL that pushes to make Raiders COVID-19 backup to active . A primetime match between Las Vegas Raiders vs. Tampa Bay Buccaneers has been shifted to 4:05 p.m. ET from 8:20 p.m. ET. The game might get canceled, too, as the entire raiders offenses are on quarantine. It is because two Raiders players tested positive for COVID-19.

However, we have got good news today as there are no new positives in the Raiders team, and the game is on so far. Earlier this week, two of the Raiders’ starting lineup tested positive and went to the reserve. This makes all five starting offenses to send in quarantine. That is not good news or the Raiders and as well as for the fans.

Earlier this week, a tackle for the Raiders Trent Brown was sent to isolation due to COVID-19 positive. Therefore, the Raiders have to think of alternatives. However, the game against the Buccaneers is a high profile battle as star Tom Brady and the Super Bowl-winning coach Jon Gruden is going to face on the next matchup. Although Seahawks vs. Cardinals moved up to prime time, all the eyes will be on the Raiders vs. Buccaneers game.

Now the question is, what will the Raiders do next?

Buccaneers were charged up with the best will of this NFL season against the Packers last week, and they are hungry for the next win too. On the other hand, COVID-19 has made the Raiders feel like an underdog without those offensive liners.

Additionally, Buccaneers have become stronger with Chris Godwin returning into the squad, and Leonard Fournette is also likely to return in the next game.

On the other hand, a week offensive line, Raiders will have to face one of the best defenses of this season.
As the game is on, for now, Raiders are preparing to play with the backup lineup, which includes John Simpson, Brandon Parker, Patrick Omameh, Andre James, and Sam Young. Besides, they will have the practice squads Erik Magnuson, Jaryd Jones-Smith, and Kamaal Seymour.

The raiders are already on the watch list as they have fined previously for not following the NFL’s coronavirus protocols. Even in the last game, one of the linemen did not wear a mask when needed. So they will have to be cautious to keep the team in the game.

Until now, the Raiders had sent eight players to the COVID-19 list since the beginning of the season, and right now, 7 of the players are on the sideline.

However, the good news is there are no new positive according to the Friday morning test results.

So, the backup offensive players are the only solution for the Raiders if the game doesn’t get cancelled. Can the Raiders make it against the Buccaneers’ great defense?