Dodgers vs. Rays: 5 things apparent after game 1 and 2 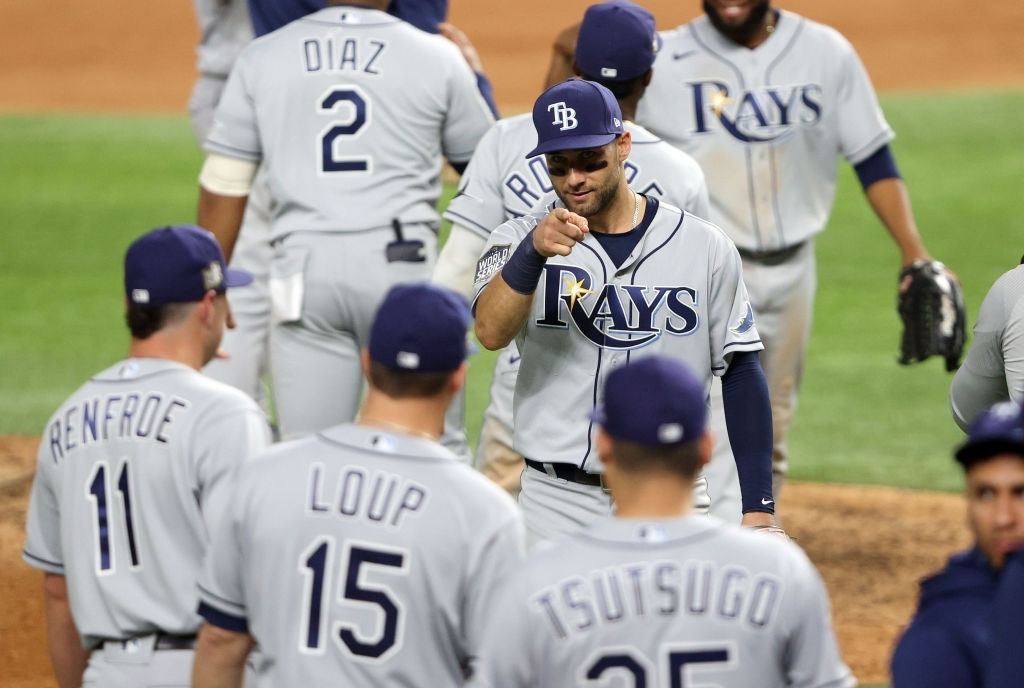 After game 2, the Dodgers’ defeat to the Tampa Bay Rays, the World Series now is the best of five from the best of seven. Following their loss to the Dodgers on game 1 of the World Series, the Rays made a comeback into the series after game 2, tying for a win apiece. This is the first world series in years, since 2013, to be precise, to feature the two no.1 seeds. Also, it’s only the fourth time that the two best teams in their respective leagues will face each other in the Wild Card era. And although two games don’t tell you much about a series, of course, there are some things we can learn after game 1 and 2. So, here are the five takeaways, in no particular order, we have learned so far from the two games of the Dodgers vs Rays.

It’s only natural to assume we are going to watch a low scoring series with the Dodgers and the Rays, because historically, they are famous for their tight games, for preventing runs. During their regular season, Tampa Bay Rays ranked fourth with 3.82 runs per game.

But after game 2, the Rays and the Dodgers combined a grand total of 21 runs with 47 base runners. And yes, don’t forget those 8 home runs. That too happened while the Rays threw two of their best starters, Tyler Glasnow and Blake Snell, in game 1 and game 2 and the Dodgers’ Clayton Kershaw had a great game in game 1. So, it’s safe to say that great pitchers haven’t prevented may runs in the series yet.

Among those 21, Dodgers have scored 12 runs in two games; they always score a ton of runs. With their deep and powerful lineup, they can wear down the opposing pitchers. Brandon Lowe, snapping out of his slump, scored two homers for the Rays

So, from game 1 and game 2, one thing is apparent, that good hitting can beat good pitching. The Dodgers have a great offense, and the Rays can match it too, judging by their game 2. So the Dodgers vs Rays World Series may prove to be a high scoring one.

#2. Rays’ Anderson continues to struggle but he is still favored by cash

Throughout the postseason, Rays’ relief ace Nick Anderson continues to struggle. In the second, he surrendered a solo home run and with that, he is now scored upon in five of his sex postseason game. But that’s the same guy who, in his 42 regular-season appearance with the Rays, allowed a run in only five games. Anderson had an innings ending strikeout last game and that was his first in 24 batters. It’s so surprising after his stellar regular season, where he seemed unstoppable. He posted a 0.55 ERA and struck out 26 of the 58 batters he faced.

But Cash is sticking with Nick Anderson despite his struggle. Cash continues to use him as his high leverage option. Anderson was brought in early in game 2 as well.

#3. Lowe is out of his postseason slump

The Rays have been waiting for weeks for Brandon Lowe to get out of his postseason slump. Kevin Cash, Rays’ manager, finally got rewarded for sticking with Lowe, with not one, but two home runs. In game 2, he smacked two opposite-field home runs. The first one brought the Rays a 1-0 lead and the second one, a 5-0 lead over the Dodgers in the fifth. Sadly, Lowe couldn’t connect his two more chances at a third home run.

Lowe’s stat was 6 for 56 (.107) before game 2, but Cash stuck with him, he always does. And with Lowe finally getting out of his slump, may prove to be very handy for the Tampa Bay Rays. With the ongoing struggle to score runs in the postseason, Lowe can be the impact hitter that the Rays needs. Tampa needs him to continue his onslaught in game 3 in the Dodgers vs Rays World Seires.

#4. Arozarena is being noticed by the Dodgers

Randy Arozarena, Rays’ outfield, socked three homers in the American League Division Series and four more in the American League Championship Series. And so, he is being noticed by the Dodgers. They are attacking Arozarena with breaking balls and they are willing to walk him rather than giving him any chance. Arozarena has seen only seven fastballs among 29 pitches faced in the World Series. Seven fastballs, 16 sliders, two curveballs, three changeups, and one splitter, painfully obvious that they don’t want to challenge him in these Dodgers vs Rays postseason games.

“I don’t blame anybody for being very careful with him,” cash said to the reporters. “But eventually, he will get one here. For a young player, Arozarena is still making good decisions at the plate,” he added.

#5. The Dodgers may have overused their young pitchers

Dustin May, 23, and Tony Gonsolin, 26, are among the better young pitchers in the game for sure. Any team would love to have them on their side. In the regular season, this young and prominent duo threw 102 2/3 innings with an ERA of 2.45. Sadly, they have been struggling throughout the postseason, which was apparent in game 2, where the duo was tagged for four runs in 2 2/3 innings. They have allowed 14 runs in 16 2/3 innings this month.

In particular, May’s outing was ugly. In the fifth innings, he allowed a total of four batted balls. It seems this duo is starting to wear down a little.

Having Walker Buehler, Julio Urias, and Kershaw start game 3 to game 5, May and Gonsolin might get some days off after all.

“I think that I still trust them, we still believe in them and they’ve just got to make pitches,” Roberts said about the struggling duo of May and Gonsolin. We’ll look into the videos and see what can be improved, he added.

If anything, the Tampa Bay Rays victory in game 2 assured us that there’s more baseball to come, and that’s a yay for us. Tied at one game apiece, game 3 of the World Series featuring Dodgers vs Rays will be a nail-biting one for sure.

From dead-ball era to hard-hitters: The paradigm shift of baseball
Corey Seager is powering up for his first Gold Glove