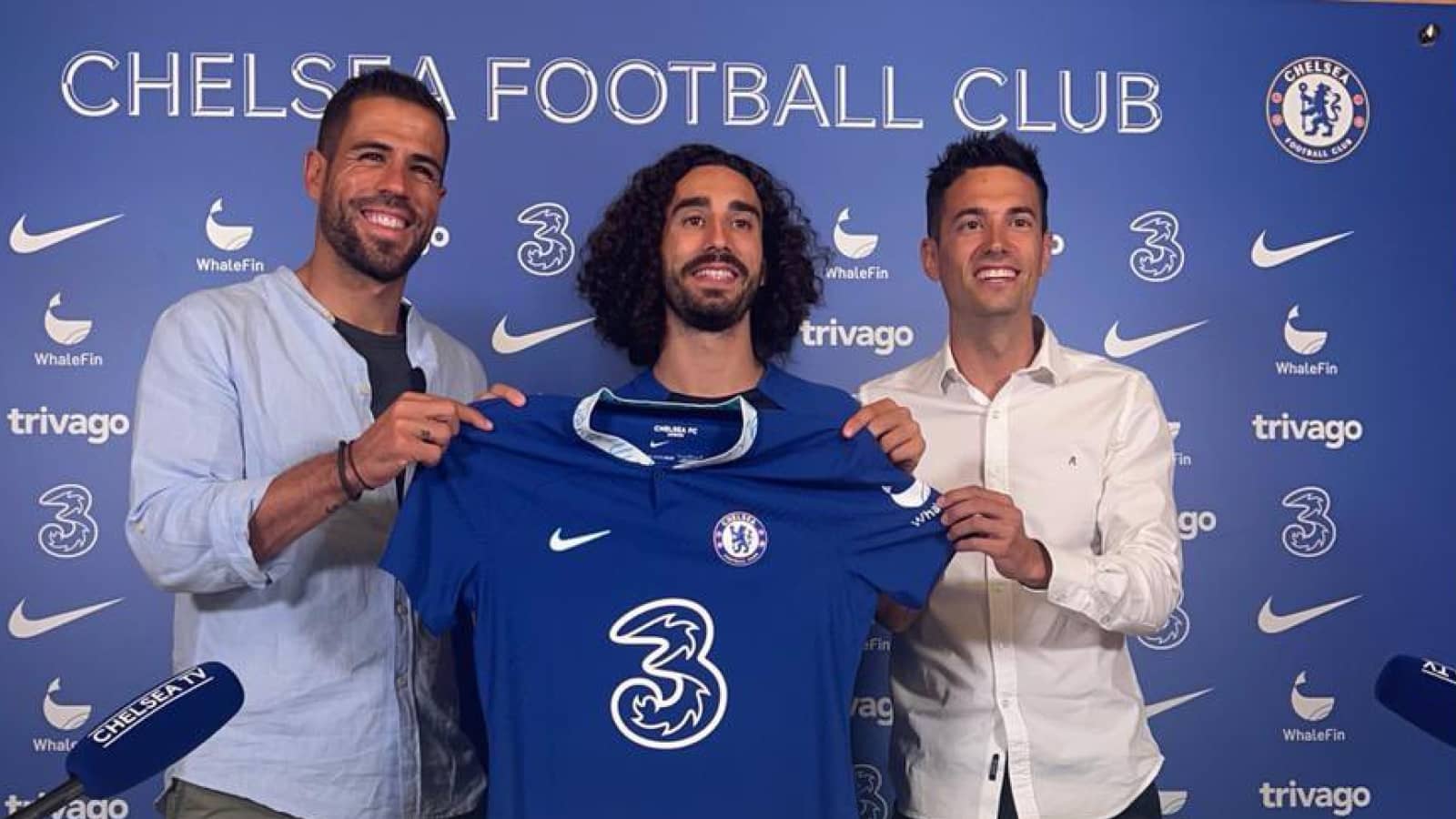 As the summer transfer window draws to a close, Chelsea FC is preparing to boost its roster with gifted young players from all around the world. Despite making a mistake in the midst of the transfer window, they have already resumed operations with the big purchase of a talented defender.

The Blues has a strong reputation of recruiting highly coveted players discreetly and without making a lot of noise on the transfer market and as a consequence, they were able to recruit a  Spanish defender from Brighton and Hove Albion, and the specifics of Marc Cucurella contract details are showing that Chelsea FC are still maintaining their prominence in the transfer market.

Cucurella was a major target for several teams, including Manchester City, although his name is not well-known among fans globally and so let’s dig deep to know more about this defender.

Who is Marc Cucurella?

Marc Cucurella made his professional soccer debut for the Spanish giant FC Barcelona against another outfit in La Liga at the age of 19 years and he now holds the record for being the league’s youngest starting left-back as of today.

Cucurella, who grew up in Barcelona, Catalonia, joined the Blaugrana’s youth program in 2010. In 2018, he committed to the organization as a professional homegrown soccer player and promoted to the famous youth team.

At the age of 20, Marc was both the youngest left-back ever nurtured by the FC Barcelona and the second-youngest football player ever signed by La Liga.

Since 2019, this skilled prodigy has been able to attract the interest of several major teams, but in the end Chelsea FC grabbed this defender away from Manchester City.

How much did Marc Cucurella cost?

Fabrizio Romano, a well-known soccer writer, expounded on Chelsea’s acquisition of Cucurella from Brighton by writing on his twitter account, “Chelsea pay £55m guaranteed fee plus £7m add-ons; Record transfer fee for a left back; Cucurella signs until 2028; Brighton sign Lewi Colwill on a loan deal without buy option.”

▫️ Record transfer fee for a left back;

When playing for Brighton, the 24-year-old made more than €1 million before taxes every season. However, according to Marc Cucurella contract details, starting with the 2018 Chelsea season, that figure will rise to almost €5 million. He has also been employed for six years.

What does he add to the Chelsea?

Thomas Tuchel, the manager of Chelsea FC, is working hard to build a competitive team for the upcoming season, but he frequently gets disappointed when he cannot sign the players he wants. Now, however, he has finally been given the opportunity to sign a coveted player who will undoubtedly play a significant part in bolstering the defense. 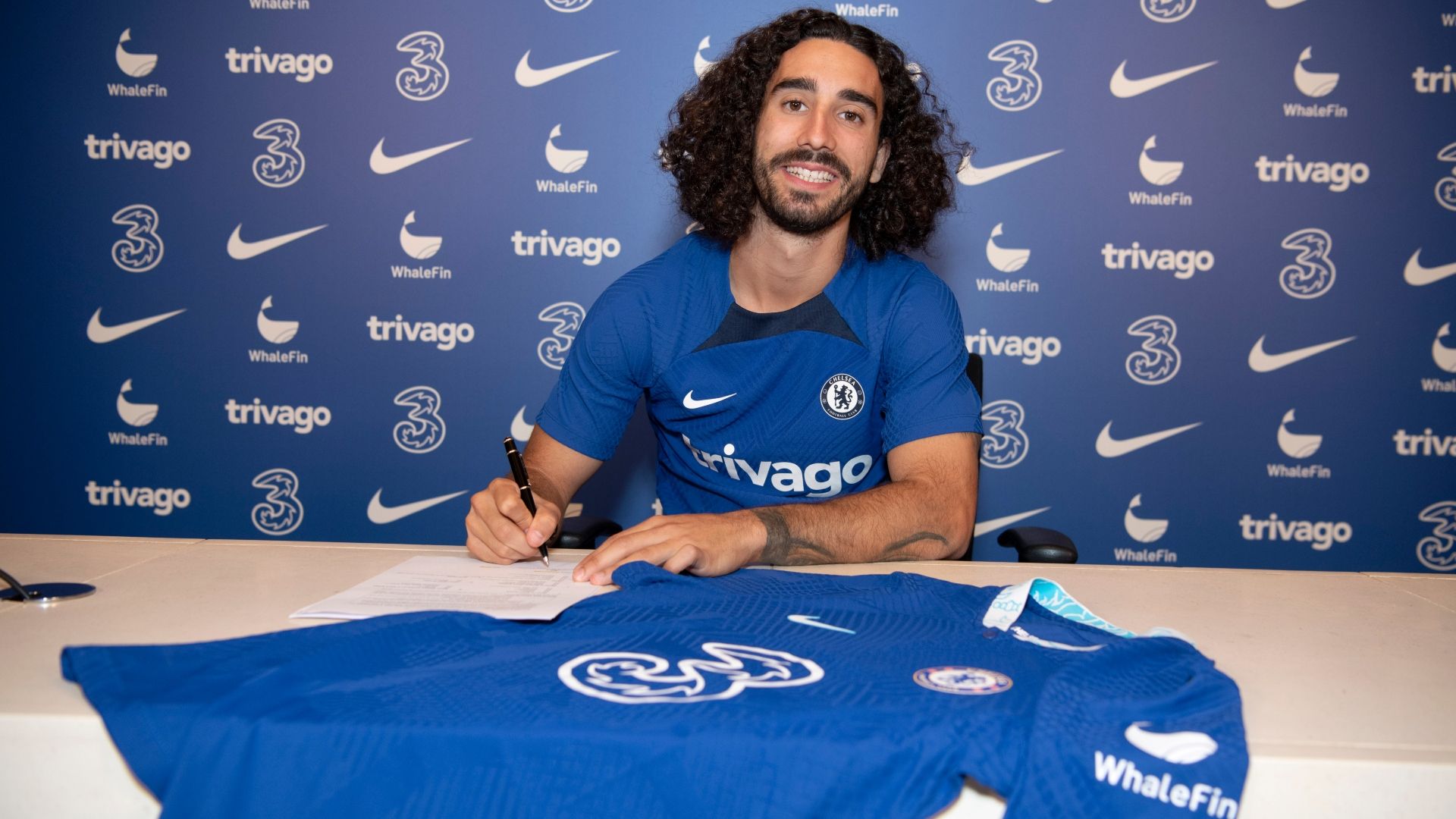 The London club was anxiously awaiting the arrival of another left back besides Marcos Alonso who is in talks to switch to FC Barcelona because of his contract expiration. In addition, ever since the German manager’s appointment, football pundits were predicting that a new defender in the left back position would be perfect for Tuchel’s team and that’s why they signed Cucurella.

What does this signing mean for other Chelsea Players?

Chelsea has the advantage of having one of the most accomplished lineups in the planet, but once the new Spanish defender Cucurella comes, they will need to find room for him and therefore they are now in talks with Barca to offload Marcos Alonso.

According to latest rumors, Alonso will leave the Blues and be close to signing with the Catalans before the deadline, leaving players like Koulibaly and Azpilicueta on the outside looking in and this season, young players or academy members who had brief cameos for the first squad the previous year may be loaned out like Hudson Odoi.

In addition to being a full-time international for the Spanish National team, Marc Cucurella has 1 cap, 1 assist, and 35 games of scoring experience with Brighton & Hove Albion and he also made his international debut in 2021. Before joining Chelsea, this talented defender experienced few other clubs like Barcelona and Getafe as well.