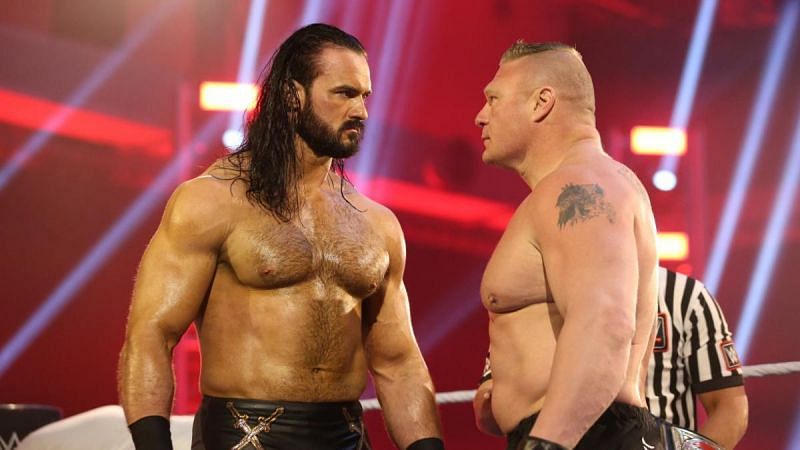 Drew McIntyre won the 2020 Men’s Royal Rumble match and challenged then-champion Brock Lesnar for the WWE Championship at WrestleMania 36. After hitting The Beast with several Claymore kicks, The Scottish Psychopath won the title to close out the show.

WrestleMania 36 is the last time fans laid their eyes on Brock Lesnar. According to reports, The Beast is no longer under contract with WWE.

Drew McIntyre was recently a guest on the Washington radio station DC101, and the former spoke about a lot of things including his current run on Monday Night RAW.

Drew McIntyre also opened up on his victory over Brock Lesnar at WrestleMania 36 for the WWE Championship. He had a message for Lesnar, stating that if the latter shows up to WWE again, he will take him to Claymore Country once again.

“I had Lesnar’s number every step of the way, which not many people can say. Every time, he showed up, I dropped him with my Claymore. And at WrestleMania, I defeated him in 5 minutes. Brock knows what I’m all about now. I’m not going to get confident, not going to get cocky, it’s still Brock Lesnar, but I’ll drop him again if he shows up.”

Drew McIntyre is currently involved in a feud with The Viper Randy Orton. The two stars are scheduled to battle inside Hell in a Cell for the most coveted title in sports entertainment. McIntyre is a huge star in WWE and he has the credibility to put down Lesnar again if The Beast makes a return to the company.