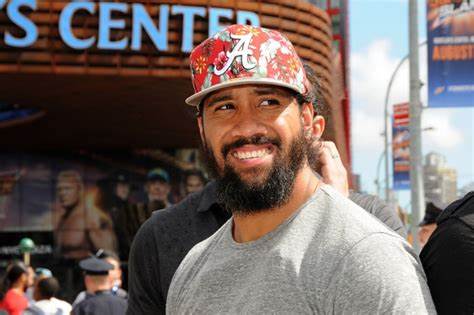 When being arrested, WWE superstar Jimmy Uso was seen hurling slur words at the police. Uso was arrested for DUI- or Driving Under Influence of Alcohol.

WWE superstar Jimmy Uso was arrested back in July of 2021, but the videos of the arrest have only surfaced recently thanks to TMZ sports. Uso was initially stopped by the police for going over the speed limit of 35 km/h. Although what speed he was driving in was inaudible, Uso did confess that he was aware of the speed limit, and was also aware that he was exceeding it.

After checking his papers, the police officer told him to come off the vehicle to check everything else. After coming out, the Police told Jimmy Uso that they smelled alcohol on him. Uso admitted that he had indeed consumed alcohol, but it was just a few beers and that he was not intoxicated. He was also very sketchy about his starting point and destination, so this got the police to suspect him even more.

Following these conversations, the police told Uso to undergo some standard DUI testing procedures such as walking in a straight line, following the pen’s lid, and so on. As the tests were being taken multiple times, Uso became flummoxed at one point and called the police officer “an a*******.

Uso was eventually arrested because he did not pass the DUI tests. Unfortunately, it was not the first time that he got in trouble with the law, this was rather his second arrest in a period of two years. The superstar, who is a cousin of the Dwayne “The Rock” Johnson, had only recently returned to action in WWE after spending more than a year away from the ring thanks to an injury.