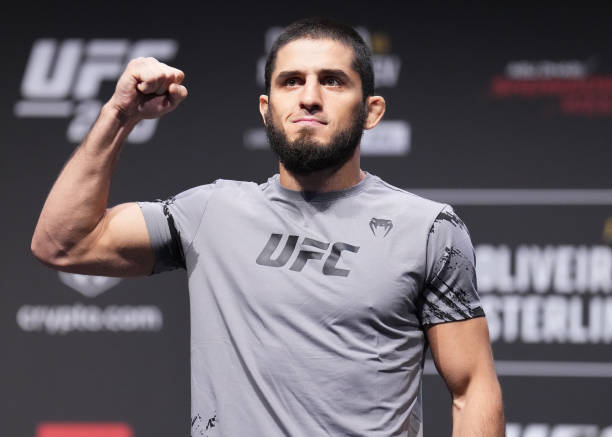 As Volkanovski previously indicated, the fight between Alexander Volkanovski and Islam Makhachev will soon become official. Earlier, Makhachev expressed his interest in the fight by saying, “The second I receive the paper, I will sign it; don’t worry.” If the fight goes ahead, it will take place at UFC 284 next year.

Recently, on Thursday, the current featherweight champion tweeted, asking the current lightweight champion whether he is ready for their anticipated fight at UFC 284. Where the Russian MMA fighter positively answered. Although the 31-year-old previously stated to Alexander that a future fight between them is coming, But it never took place.

“The second I receive the paper, I will sign it, don’t worry,” Makhachev tweeted. “Enjoy your P4P first spot for now.” was tweeted by Islam Makhachev.

The second I receive the paper, I will sign it, don’t worry ✏️ enjoy your P4P first spot for now 😉 https://t.co/7J4kUCKuE5

During the conversation, the Russian MMA fighter made a mockery of the size difference between himself and the UFC featherweight champion. “Just make sure your people convince the UFC that you can compete with me,” Makhachev wrote. “From what I heard, they think you’re too small. While Volkanovski didn’t answer the comment about his height, he seemed happy that Makhachev agreed.

Islam Makhachev won the lightweight title at UFC 280 after defeating the fearsome Charles Oliveira. Former Sambo competitor knocked out the former champion in Round 1, then dropped him in Round 2 and secured it with an arm-triangle choke. 34-year-old was eager to fight against the No. 3 UFC men’s pound-for-pound rankings fighter even before winning the title. However, now it will be more of a challenge for the Australian MMA fighter.

With No. 1 UFC men’s pound-for-pound rankings fighter is holding a 12-0 UFC record and Makhachev on an 11-fight win run, a confrontation between both title champions of their respective divisions would undoubtedly be one of the greatest quality MMA bouts ever put together. Fans have been awaiting the fight for a long time.