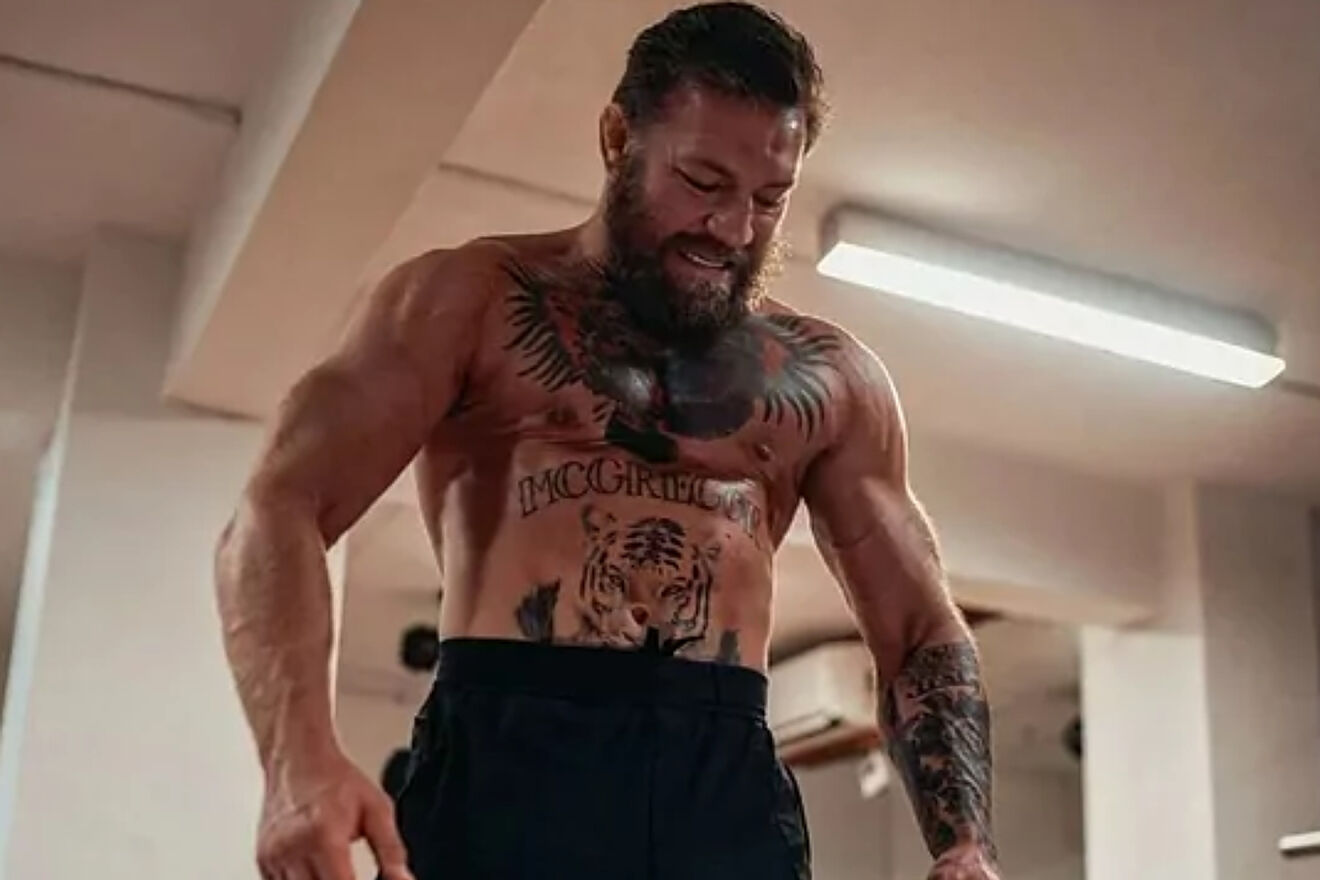 Conor McGregor is returning to the UFC after suffering a TKO loss to Dustin Poirier in their 2021 trilogy battle. That bout, though, prompted him to take an extended injury sabbatical from all MMA engagements. Meanwhile, the Irishman bulked up and prepared to step up to heavyweight. Nonetheless, a recent tweet from the former UFC lightweight champion went viral.

“The Notorious” is a well-known MMA fighter. His absence did, in fact, cost the UFC some financial resources. He is likely to return to the UFC in the coming months, though. The specific date has yet to be confirmed, but he is expected to return in UFC 284.  As of now, he is still recovering from his TKO loss to Dustin Poirier in their 2021 trilogy bout that ended with McGregor being stretchered out of the Octagon after breaking his leg in the first round.

In the meanwhile, the lightweight champion is preparing to fight at heavyweight. On his break, he underwent a radical change that shocked everyone. Recently, the 34-year-old confirmed it by posting a picture with the caption, “265 in the bank. #superheavy.” Fans, on the other hand, were taken aback at first, and then a few of them are already criticizing the changes.

It's probably mostly body fat, and water weight. I'm sure he cuts down to 170 without dying

265 in the bank" means he got money . He not on about his weight lol

Are you on the secret juice Mickey Mac

I think it’s just the angle lol. I’d hope it’s not that big of a difference

Why are you so desperate to look big

A number of comments suggest mocking, trolling, and criticizing like “It’s all fake; it’s probably just body fat or water weight or the angle at which the photo was taken.”Some allege that everything was Photoshopped to intimidate Hasbulla. However, there are a few encouraging remarks.

Despite all the social media criticism, The Notorious is up for the challenges he has to face now due to divisional changes. He knew it wouldn’t be too difficult because he’d done it before with lightweight to featherweight, with the Irishman targeting a comeback next year after completing six months of mandatory drug testing by the United States Anti-Doping Agency (USADA). He is currently ranked No. 13 in the UFC lightweight rankings but hasn’t won a fight in that weight class in almost six years.