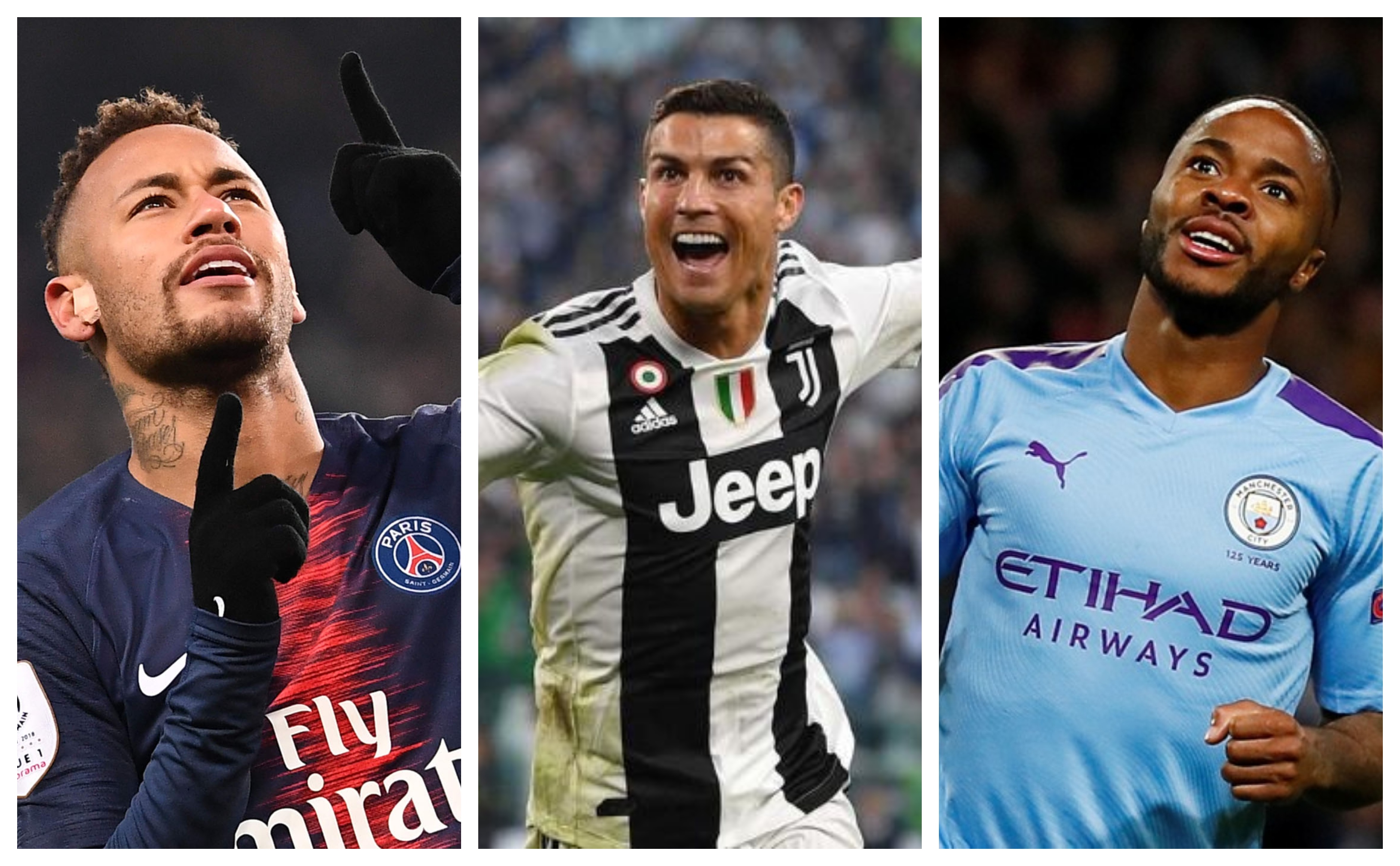 The UEFA Champions League remains the most prestigious club competition in the world, and it is no secret that every professional footballer would like to played in this competition before he calls time on his career.

For the better part of the last two and half decades, the Champions League has thrilled fans across the world with nerve-racking games, fantastic storylines to matches, painful defeats, improbable successes and a load of great, incredible goals.

There have also been some players who have distinguished themselves in the competition since the inception of its new format in 1992. In the 1990s, the Rivaldos and Andriy Shevchenkos emerged as the lethal forwards. The baton was passed to the Thierry Henrys and Didier Drogbas in the 2000s.

Over the last decade, the Champions League has been completely dominated by Lionel Messi and Cristiano Ronaldo, who continue to break record upon record. Both superstar players have also scored more hat-tricks than anyone else in the competition (eight each).

But how quick did those hat-tricks come about? It is always a great feat to net a hat-trick but it becomes more exceptional when that hat-trick is recorded in very few minutes.

Let’s therefore zoom into the seven fastest hat-tricks in the history of the Champions League: 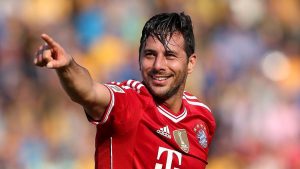 Claudio Pizarro boasts a distinguished career which spans over two decades. The Peruvian has lined up for a number of clubs in Europe, including Bayern Munich and Chelsea. At 41, Pizzaro continues to play at the top level after joining Werder Bremen in 2018.

Trophy-wise, the striker is not lacking at all, having won six Bundesliga titles and the UEFA Champions League. If all the above accomplishments don’t highlight his legend enough, then Pizarro’s exploits in Europe definitely do the talking better.

The former Bayern striker holds the record for the seventh fastest hat-trick scored in the Champions League. He bagged the record in November 2012 when he netted three goals as the Bavarians beat Lille at the Allianz stadium. Pizzaro’s hat-trick came in just 15 minutes and very few players have managed to do better since then. 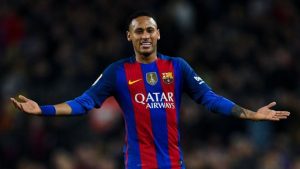 Brazil international Neymar has scored the sixth fastest hat-trick in the history of the Champions League. The 27-year-old may not have made a great impact in the competition since joining Paris Saint-Germain, but he was once a star with Barcelona.

For four years, Neymar was a Barcelona player and he won it all with the Blaugrana. The former Santos man won multiple La liga titles with the Catalans, before playing a key role in the club’s Champions League triumph in the 2014/15 season.

Even better, Neymar netted one of his most memorable hat-tricks in Barca colours in 2013 against Celtic. The Brazilian netted a treble of goals against the Scottish champions in just 14 minutes. It remains the sixth fastest hat-trick in the Champions League. 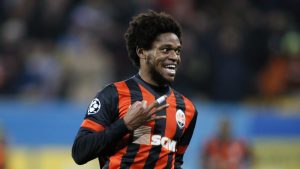 Another Brazilian joins the list of players to have scored the fastest hat-tricks in Champions League history. Luiz Adriano was once a hot shot in European football when he emerged with Shakhtar Donetsk in the late 2000s.

However, it was in 2014 that he really made his mark in European football. Adriano scored a sensation hat-trick in the Champions League against Belarusian side Bate Borisov in that year. Interestingly, all his three goals came within 12 minutes. 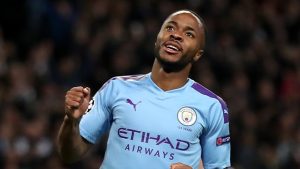 Raheem Sterling has been in sensational form for Manchester City this season and he remains one of very few players to have really shown up during the big European nights. The England international has not played many games in the Champions League, but he already holds a record in the competition.

Sterling is currently the fourth fastest player to score a hat-trick in the Champions League, after achieving the feat in 11 minutes this season. The 24-year-old netted his treble of goals against Serie A side Atalanta.

His first goal came in the 58-minute, he added his second shortly and then completed his hat-trick in the 69th minute, after being set up Riyad Mahrez, as Manchester City cruised to a 5-1 win. 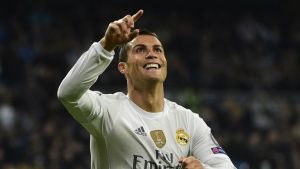 Raheem Sterling sits alongside Cristiano Ronaldo as the player to score one of the fastest hat-trick in the Champions League, although the Portuguese achieved the feat first. Ronaldo also scored his sensational hat-trick within 11 minutes against Swedish side Malmo FF.

Ronaldo achieved the feat in 2015 when Real Madrid recorded an emphatic 8-0 win over the Swedish champions. He scored his first goal on 39 minutes, added his second just two minutes later and completed his hat-trick on 50 minutes.

Then 34-year-old scored some great goals while playing for Real Madrid, many of which were hat-tricks. Currently, Ronaldo has scored eight hat-tricks in the Champions League, a record he jointly holds with long-time rival Lionel Messi. With Juventus, he is still dominating the Champions League, having already opened his account in the competition this season. 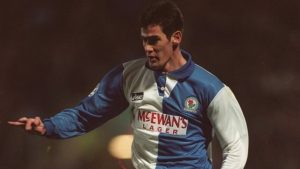 If you are a millennial, don’t’ be too worried if you have no idea who Mike Newell is. The former striker lined up for Blackburn Rovers during the club’s most successful spell in the Premier League and in Europe.

The 54-year-old was part of the Blackburn side that impressively won the Premier League in the 1994-95 season. Newell continued to score during the club’s foray into Europe’s flagship competition, the UEFA Champions League.

In a game against Rosenborg BK, the striker netted a sensational hat-trick in nine minutes, condemning the Norwegian side to defeat. Although Blackburn Rovers eventually failed to make it out of their group, Newell became the first Englishman to bag a hat-trick under the new format of the Champions League. He also remains the quickest to bag a ‘perfect’ hat-trick, using his left foot, right foot and head to score in the same European game. 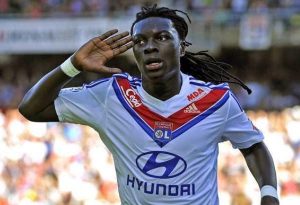 Interestingly, the player to have scored the fastest hat-trick in the UEFA Champions League is neither Cristiano Ronaldo nor Lionel Messi. Despite the numerous records held by both players, Bafetimbi Gomis is the man who currently holds the record.

The Frenchman achieved the feat in December 2011 during a game between Lyon and Dinamo Zagreb. The Ligue 1 side won the game 7-1, but Gomis was the star of the show after grabbing three goals either side of the half within eight minutes.

The dreadlocked striker went on to score four goals against the Croatian side. Till date, Gomis’ record of scoring a Champions League hat-trick in eight minutes is yet to be broken. And it may stand for many more decades to come, considering how remarkable a feat it is.