Ranking the 10 Best UFC Knockouts of All Time 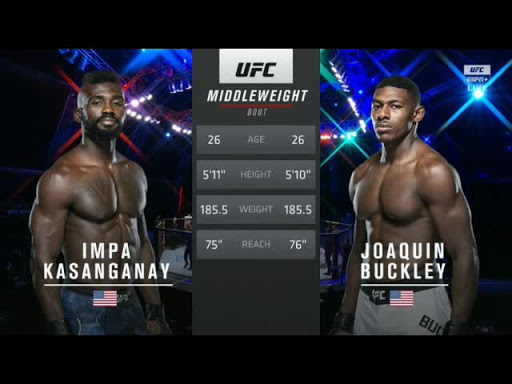 Knockouts, the most divisive moment in MMA. They can be shocking, breathtaking, sometimes disturbing. But everyone loves knockout as it can flip the momentum the other way in a blink of an eye. One devastating punch can change history, and everyone on this list has done the same.

However, it is not easy making a list of the best UFC knockouts of all time because there have been countless tremendous bouts. Still, there are some knockouts that stand above all.

Nonetheless, we always do extensive research before making any list. Although the list may vary from person to person, we have tried to put more emphasis on the actual knockout rather than the occasion. Moreover, you can count on us to also keep you updated with all the upcoming UFC matches and predictions, which can help betting experts and they can click here for more info to get the optimal results, knowing what features to look for is paramount to success. Now, keeping aside the gamble stuff, here in this article, we will go through the top UFC knockouts ever. Without any fuss, let’s start.

Starting things off we have one of the most iconic knockouts in UFC History. Silva seemed unstoppable when coming off the back of 16 straight wins in the UFC and possibly one of the longest championship reigns.

However, it’s safe to say that on this occasion, Anderson got too carried away trying to put on a show with his showboating. Also seen as one of the biggest MMA Fails of All Time, Silva casually dropped his hands and started maneuvering out of  Chris Weidman’s reach.

Whilst he did dodge the first few punches from Weidman, Silva eventually got caught and was subsequently knocked out. To date, it remains one of the biggest upsets, more so because Anderson also broke his leg in the UFC 168 rematch.

With this one, we’re taking a look at one of Anderson Silva’s many highlight-reel knockouts. However, unlike the last one, it is “The Spider” doing the knocking out, rather than the other way around.

In one of the most audacious knockouts in UFC History, Anderson Silva simply, out of nowhere, lands a front kick on Vitor Belfort’s face. Although the fight was pretty much over at that point, Silva still wanted to make sure and finished off Vitor with some vicious punches.

Yes, once again Vitor Belfort is on the receiving end of one of the most infamous knockouts and yes, it’s once again a front kick. The only difference is, this time it was Lyoto Machida kicking him in the face. Moreover, unlike last time, the front kick to the face was enough to put Belfort to bed.

One of the most striking ( haha) features of this knockout is how Lyoto simply knocks Vitor out cold and then calmly proceeds to bow to him and then sit down on his knees. Simply iconic.

How can we forget Israel Adesanya’s iconic crowning as the undisputed UFC Middleweight champion? As things panned out, Adesanya had Whittaker trying to sit down on an invisible chair after a left uppercut right to his chin.

Adesanya and Whittaker were going back and forth in Round 2 when all of a sudden they went into a big flurry with both throwing hands. Although Robert and Israel both connected, the latter’s quick left hand settled the contest.

Arguably, the biggest knockout of 2021, saw Francis Ngannou absolutely dismantle the Heavyweight GOAT Stipe Miocic. After showing that he had improved since their last meeting, Ngannou finished off the fight with a knockout that had fans genuinely worried for Stipe.

As it unfolded, Stipe realized early on how well Ngannou had improved his wrestling. Hence, Miocic attempted to engage in a firefight with Ngannou. Ngannou, the record hardest puncher in the UFC, gladly accepted the invitation and folded Stipe like a deck chair in return. Scary.

In a fight that changed the fate of the featherweight division forever, Conor McGregor knocked out Jose Aldo within a record 13 seconds. To date, it remains the quickest finish in UFC championship history. Moreover, it is also one of the most iconic moments of McGregor’s UFC career.

As the fight started, Conor became the aggressor yet staying aware of Aldo. However, as soon as Aldo tried to shoot, Conor caught him with a quick left hand and put the Brazilian champ to sleep. Thus, in the blink of an eye, it was all over.

Dan Henderson remains one of the hardest punchers in the UFC to date. In this case, Michael Bisping can surely testify to that. However, what ranks this finish so high on the list is the devastating nature of the finish.

After a thunderous right hand from Henderson, Bisping got dropped to the mat whilst his head bounced on the canvas. Moreover, Dan delivered a frightening forearm to an already unconscious Bisping making the knockout one of the most brutal in UFC History.

In what is the fastest knockout in UFC History, Jorge Masvidal delivered a flying knee to the face of Ben Askren to end the contest. Within a mere 5 seconds, the fight was all over.

Funny thing is, the commentator hadn’t even finished announcing the sponsor when all of a sudden: boom, knockout. Thankfully, Askren was okay and did not take serious damage.

Edson Barboza has a history of crazy knockouts. You only need to look at his latest one against Shane Burgos as an example. However, the one that makes the list is his incredible spinning wheel kick against Terry Etim. Moreover, the fact that Etim simply freezes and then falls over makes the knockout even more haunting. The speed, accuracy, and delivery of the kick as well, simply unbelievable.

And now, for our # 1 pick, the most unique and astonishing finish in the History of the UFC. Midway through round 2, Impa Kasanaganay catches Joaquin Buckley’s kick. Fortunately, Buckley isn’t fazed and instead delivers a jump spinning back kick with his other leg that leaves audiences with their jaws dropped.

However, what was more frightening was Kasanaganay’s reaction, which had him looking like his soul left his body before dropping to the canvas. Truly, a Kung Fu Ninja movie brought to life.